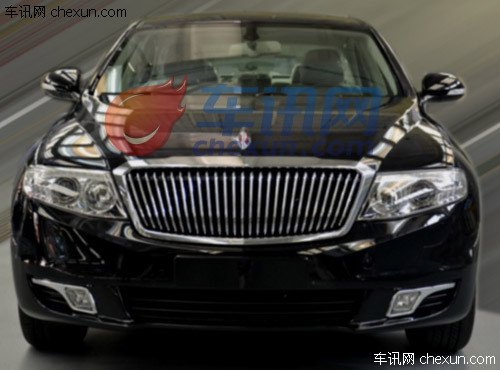 China’s strong desire to use domestic brands as official vehicles may provide a golden opportunity to revive the country’s two most historic and famous cars, Hongqi (Red Flag) and Shanghai.

Moreover, the revival may have repercussions for Audi AG, which currently supplies the majority of the nation’s official vehicles, said analysts. China is the German luxury-car brand’s largest market.

Recently, the Ministry of Industry and Information Technology included three Shanghai-branded car models in its new vehicle product list. The engine capacity of 1.8 liters indicates the new models of the old brands – which all but disappeared from the market for two decades – will be medium-sized sedans, in line with the requirements for official cars.

Chinese newspapers also reported this week that the country will promote the use of Hongqi sedans – which in 1958 were China’s first domestically produced cars – as limousines for officials at the level of minister and above.

Shanghai Automotive Industry Corp (SAIC) said in an e-mailed reply to China Daily on Friday that China’s top automaker has included Shanghai-branded models in its product plans for passenger vehicles. However, it did not outline a definite production timetable or other detailed information.

FAW Group Corp refused to comment on official use of the brand, only saying that Hongqi branded cars meet all the regulations required for such use.

FAW’s Chairman Xu Jianyi has previously said that FAW will launch several new products under the Hongqi brand this year, with one tailored for official use. The other models will include limousines for ceremonies and parades.

Statistics from the China Association of Automobile Manufacturers show that, although FAW has made a limited number of Hongqi cars for officials, no vehicles for private use have been sold in the past six months.

“In recent years, China has made great efforts to support the development of homegrown branded vehicles, as the world’s largest automobile market has been a goldmine for nearly all foreign automakers,” said an auto analyst, who spoke on condition of anonymity.

“No matter how much the use of Hongqi and Shanghai brands as official sedans will drive the two automakers’ sales in the passenger car market, the move will definitely give confidence to more domestic automakers to further develop their products,” said the analyst. “China has been the top vehicle market. To become one of the powerful automobile industries, we still need to rely on our own brands.”

In a 2009 plan to restructure and revive the automobile industry, the State Council, China’s cabinet, said that all levels of the Chinese government should ensure that domestically made cars should account for more than 50 percent of their official fleets.

Last year, the Chinese government’s new official vehicle-purchasing policy said that the percentage of homegrown branded cars for official use should be increased.

Audi, the German luxury brand, has had huge success in the Chinese market since it was selected to provide official limousines in 1996.

Although the company said that no more than 10 percent of its total sales came from government purchases, its image of belonging to the “official class” has been a great driver of sales to both business leaders and for private use.

In 2011, Audi sold 309,888 units in the Chinese market, an increase of 37.4 percent over the previous year. Moreover, 252,000 units of its total sales were locally produced cars, with almost half coming from its flagship A6L model, which is also the most popular car for Chinese officials.

The success in China has also helped the German automaker overtake its rival Mercedes-Benz, owned by Daimler AG, to become the world’s second-largest producer of luxury cars.