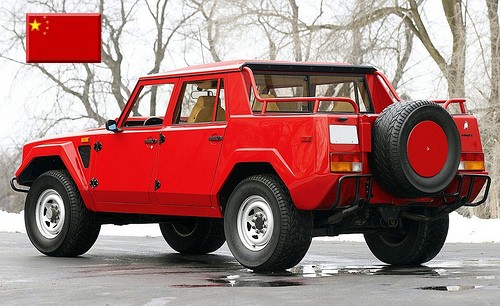 Businessweek reports that Lamborghini will unveil a SUV concept at the Beijing Auto Show in April. The production version ‘may be’ available by 2016. Businessweek got the news from ‘a person familiar with the Sant’Agata Bolognese-based company’s plans who declined to be identified’.

The newspaper called Christian Mastro, Lamborghini’s general manager for the Asia-Pacific region, who more or less confirmed the SUV: “Chinese customers love their big cars, all the brands are making cars more specific for the Chinese market”

Lamborghini will have “something to show: at the Beijing auto fair, said Mastro, declining to elaborate. The car will be available globally, with China the target market.

A Lamborghini SUV is a good idea indeed. Chinese car buyers will buy it, now matter for how much.