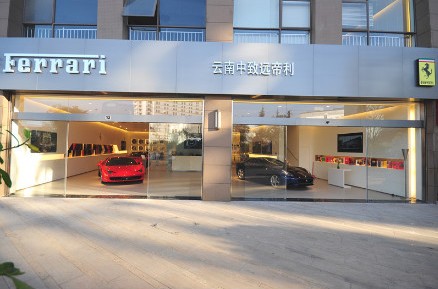 China became Ferrari’s second-largest market worldwide in 2010 and the Italians want more. Ferrari is therefore expanding its Chinese dealer network. Traditionally the big money was on the east coast but nowadays there are also many potential Ferrari buyers in the rich cities of the west and southwest. 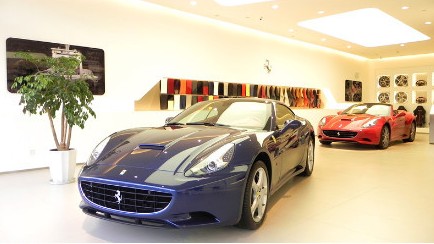 Ferrari opened a brand-new dealer yesterday in the great city of Kunming, capital of mountainous Yunnan Province. Stock: two California’s, two 458’s and one FF. They will be gone in no time.. 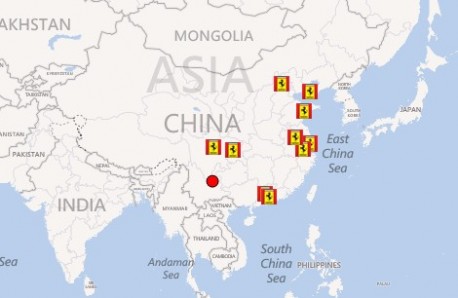 Ferrari’s dealer-network today, map taken from Ferrari’s China-website. 14 dealers in total, (two in Beijing, two in Shanghai), concentrated along the east coast. Three dealers in the west, Chongqing and Chengdu, and the new third one in Kunming which wasn’t on the map yet so I added a red dot.