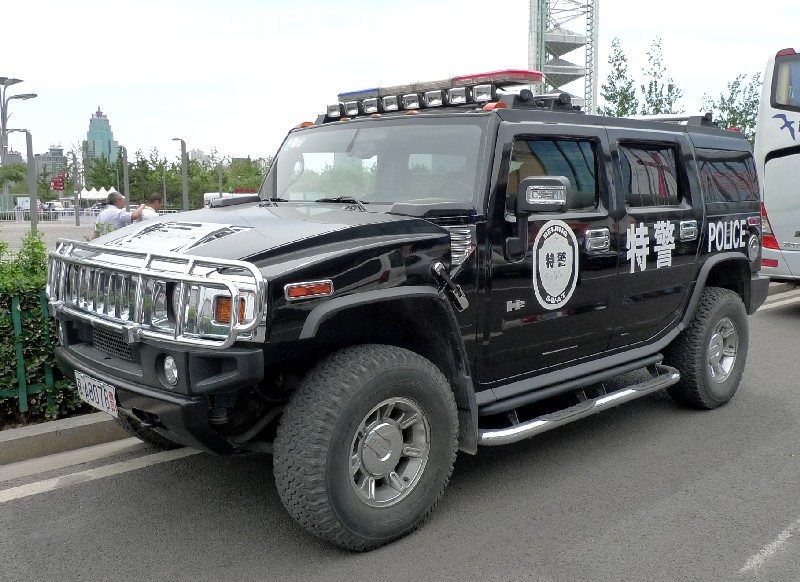 An impressive Hummer H2 from Beijing SWAT, seen here in northern Beijing near the Bird’s Nest Olympic Stadium. Beijing SWAT is part of Beijing PAP, which stands for (the) People’s Armed Police. SWAT is basically a counter-terrorism unit while the PAP deals with all kinds of internal troubles. 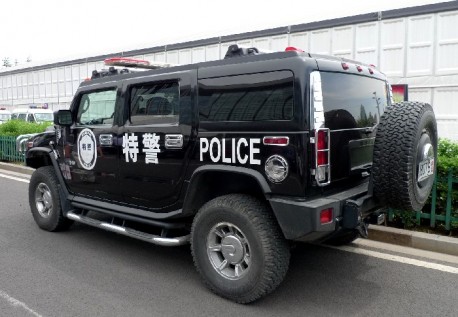 Beijing SWAT has some 50 of these Hummer H2 monsters, they were imported from the US in the run-up to the Olympic Games in 2008. It is rare to see one parked like this on the street, they usually only come out when trouble can be expected.