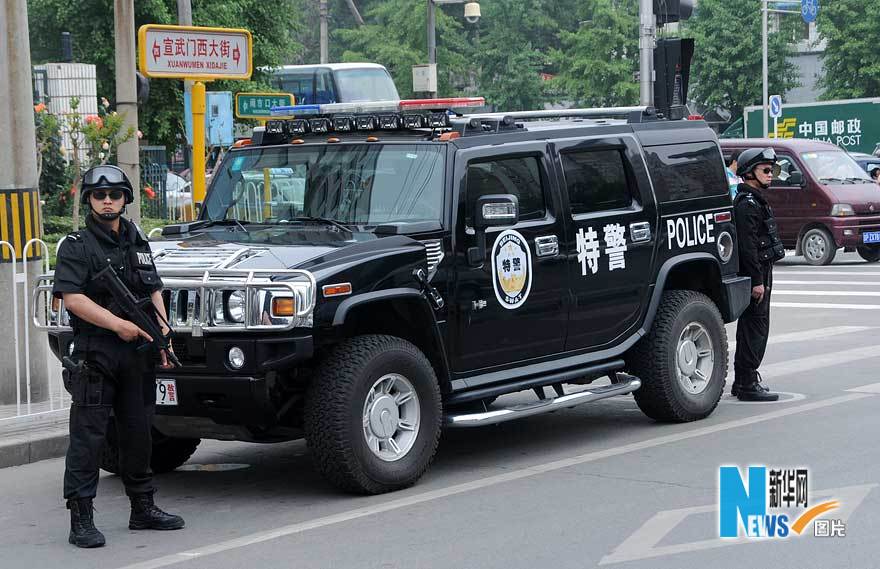 Policemen are members of the ‘Blue Sword Commando’, comparable with a SWAT-team. The Blue Sword Commando patrols the streets of Beijing on special days, for example with a foreign president in town. The usually have these Hummer H2’s but when it is a really important day they use APC’s. 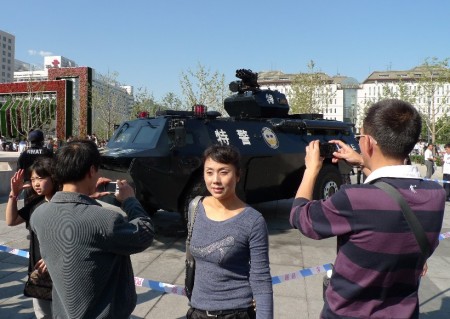 August 1 2009 was such a day, China celebrated 60 years communist rule with a military parade and loads of other festivities. To keep the exited crowd in check the police deployed the wonderful 4×4 APC’s. The crowd loved ‘m and was so indeed under control. 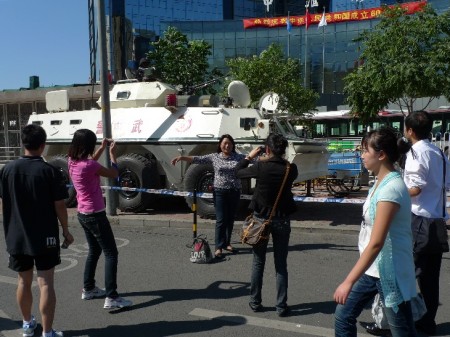 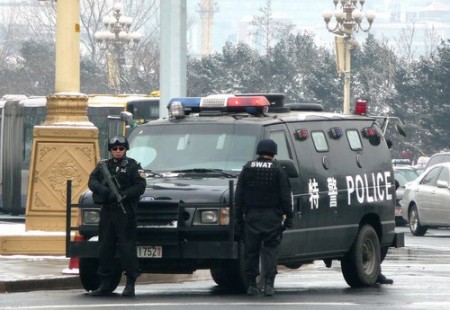 Ford F-350 Superduty. Conversion to policevehicle done in China. This was in March during the National People’s Congress.