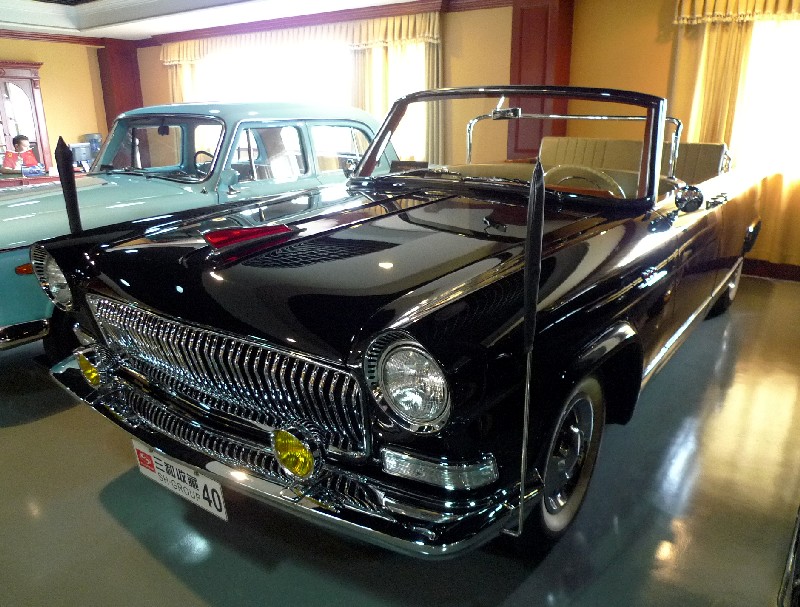 A fantastic Hongqi CA773 Parade Car, seen in the Sanhe Classic Car Museum in the great city of Chengdu in Sichuan Province. The parade car was based on the CA773 sedan which was made from 1969 until 1976. This particular parade car was made in 1974. 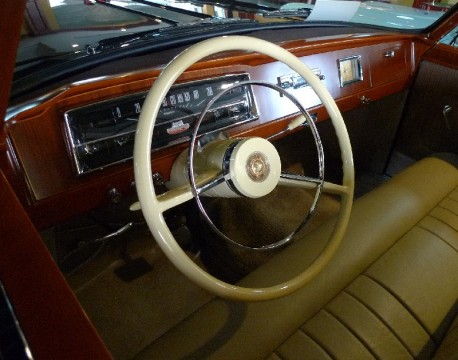 Dash first because it is almost perfect. Giant steering wheel. Shiny but not too-shiny wood. Instrument cluster in top condition. Bench in cream colored leather looked very sleek. This CA773 was restored by Sanhe and as usual they made it better than new. 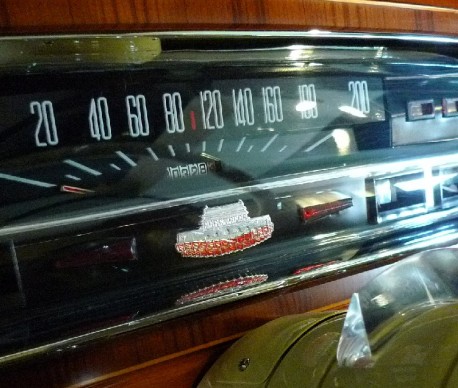 A badge of Tiananmen gate under the speedo, which tops at 200km/h. Real world top speed of this heavy parade cars was 120 at most. Teller stands at 3228 kilometers which indeed is basically nothing, a Hongqi (Red Flag) can easily do half a million. 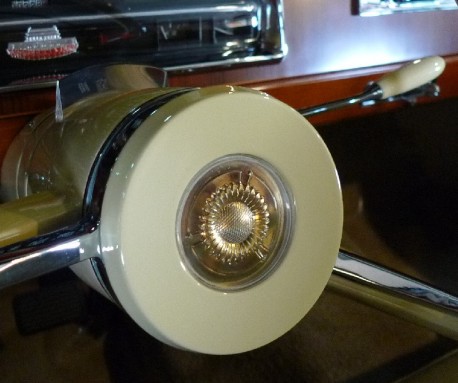 Golden sunflower in the center of the steering wheel. Around the golden sunflower three flags, meaning: ‘Socialist Construction’, ‘Great Leap Forward’ and ‘People’s Commune’, which were the most important pillars under Mao’s destructive policies…The flags are painted gold in this CA773, while originally thew where socialist-red, one example of the over restoration of this car. This is how it should be: 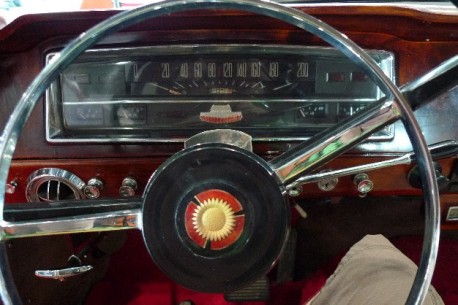 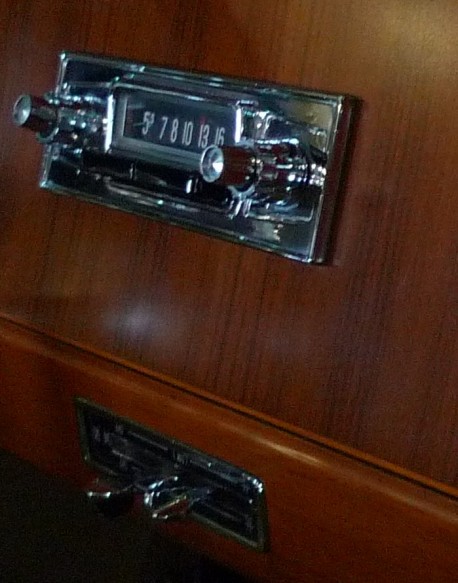 Period radio embedded in wood, controls for ventilation low in dash. Copy-pasting a but from an earlier article: the CA773 was basically a short wheelbase version of the Hongqi CA770. Wheelbase shrunk with 40 centimeter to 3420. Not that short indeed, length is 5500 (CA770: 5590) and weight is 2360 kilo. This CA773 Parade Car is therefore one of the shortest China produced! 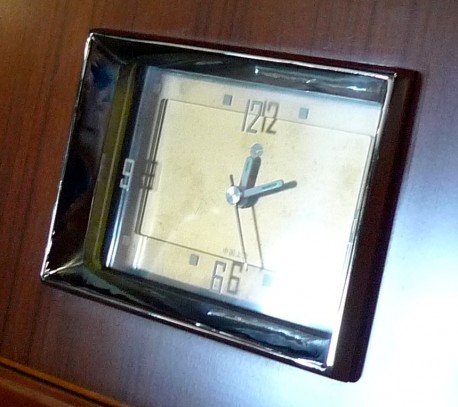 Period clock. Parade cars were used for parading the highest Chinese leaders during celebrations and for riding visiting foreign dignitaries around. How many of these CA773 Parade Cars were made is sadly unknown, but definitely no more than a handful. A very rare car there indeed! 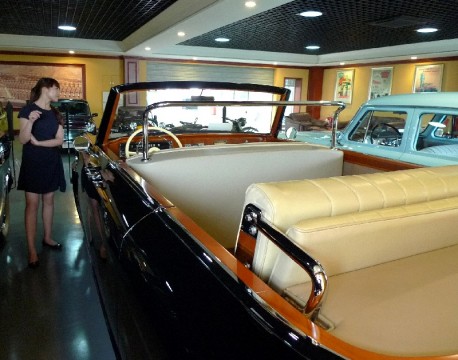 Note handle bar above the front bench. Officials could hold the bar with one hand and wave with the other. There is enough room in the back for two. If the leaders were tired to could sit down on the sofa-like bench. There was no roof, when it rains underlings climbed on the back with umbrella’s to keep their dear leaders dry. Note babe on the left.

She was my guide! Yez, I know it sounds too good be true but she really was. 22 years old, Chengdu native, worked for Sanhe since she was 18. Smart too, spoke some English, and knew a bit about every car in the museum. Her English name was Sarah. Sadly she was just married… 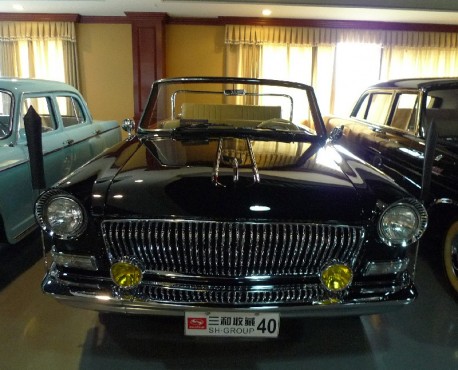 Back one last time to the brilliant CA773 and what a beauty she is, no matter the slightly overdone restoration. Chrome was this shiny back in the 1970’s and yellow fog lights are correct. Dreams of wafting over the lands in the back of this mighty machine, not waving and all that, but with Sarah on the sofa.