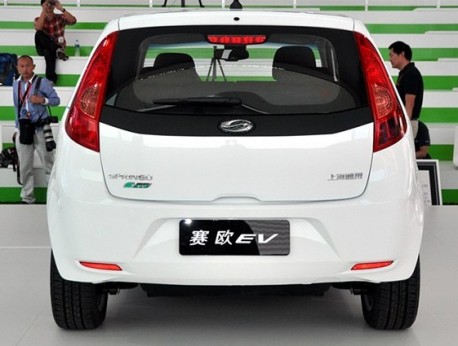 General Motors Co unveiled its latest global research center in China, where it hopes to take advantage of the country’s vast supply of engineering graduates to drive its development of a new generation of electric vehicles.

China’s auto market has grown rapidly – it has been the world’s largest since 2009 – and one of the new center’s primary roles is to ensure the requirements and preferences of consumers in China are integrated into GM’s global product development.

But the new facilities in Shanghai – the GM China Advanced Technical Center – will look after not just China’s auto market. It plans to develop an array of technologies and know-how for the global marketplace, alongside similar engineering centers in the United States, Germany and South Korea.

The decision to site a major upstream research facility in Shanghai was based in part on the relative abundance of engineering talent in China, which already produces more science and engineering graduates than any country, Reuters cited John Du, a director of the new center.

Du said that there’s tremendous people capability in China with more science and engineering graduates than the US, Japan, and Germany combined.

The move is also consistent with a degree of division of labor GM has been promoting among its primary research facilities, said Yale Zhang, head of Shanghai-based consulting firm Automotive Foresight.

One principal area of research the new tech center is likely to focus on, Zhang believes, is “new energy” – a Chinese codeword for heavily electrified technology that powers all-electric battery cars and plug-in hybrid electric vehicles.

Thursday’s launch marked the official opening of the second and final phase of the Shanghai center, which the company said will have styling, vehicle engineering, engine engineering, and vehicle communications research all under one roof.

GM said up to 250 engineers, researchers and designers will eventually work at the sprawling campus.

This is the most comprehensive automotive tech center in the country, Bob Socia, head of GM’s operations in China, India and Southeast Asia was quoted by Reuters.

The first phase opened in September 2011, and it has already started research in lightweight auto parts with a focus on magnesium and high strength steel, because China is a major producer of those materials and has ample supplies of both.

China is home to a large number of automotive parts producers, both indigenous and units of foreign suppliers, who are poised to play a bigger role in supplying more sophisticated components to auto makers around the world, including GM, Du said.