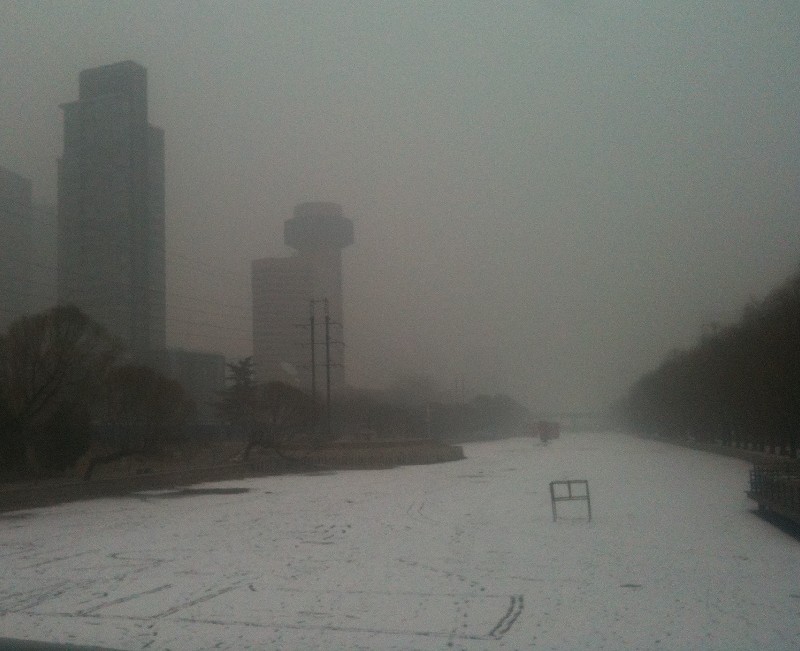 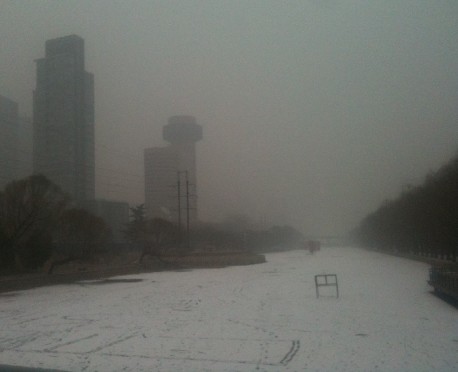 This is the difference between Beijing on a bad day and Beijing on a good day. I took the pictures at exactly the same place at exactly 8 in the morning. Above the situation yesterday when the density of PM2.5, particles in the air that can kill you, came close to 500 again. Picture below is from this morning when a hard northern wind finally blew the worst pollution away. 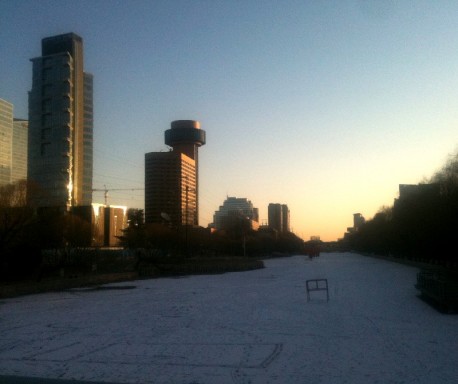 The dirt has many reasons; the winter is very cold this year so more  energy is used for heating. In a strange contradiction the cold winds from the north that normally keep the air over Beijing clean in winter are very few this year.

Then there are thousands of heavy polluting factories close to the city or even inside the city. Many Beijing households still use coal for heating, which makes the air even dirtier when there is no wind.

And of course, there are the cars. More than 5 million vehicles on the roads every day, including dirty old buses, ramshackle trucks and black-air-spitting three wheelers. Most of the dirtiest vehicles are banned from the center but outside the Fourth Ring Road it is still a complete mess.

Beijing residents are getting sick to their lungs by the millions and demand action from the government. New measures have been announced and as expected the government goes for the passenger cars first. An easy and popular target, but certainly not the most important cause of the many bad days we have seen and the many that are still to come.