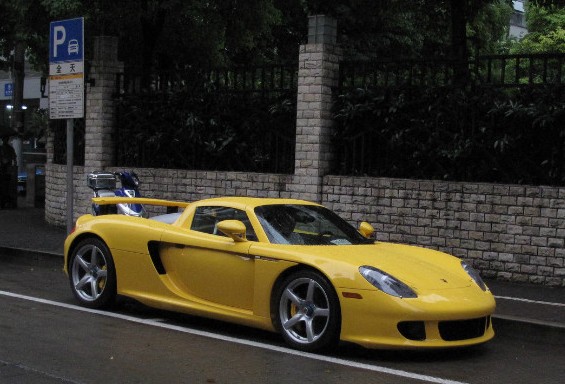 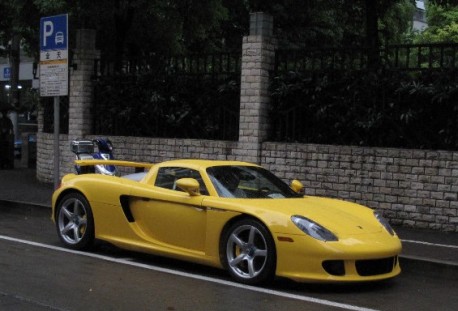 A canary yellow Porsche Carrera GT, seen on a rainy day in the great city of Shanghai. The rear wing is up so it did some serious speeding not too long before the photos were snapped. The Porsche Carrera GT was made from 2004 until 2007 and it was never officially imported to China. 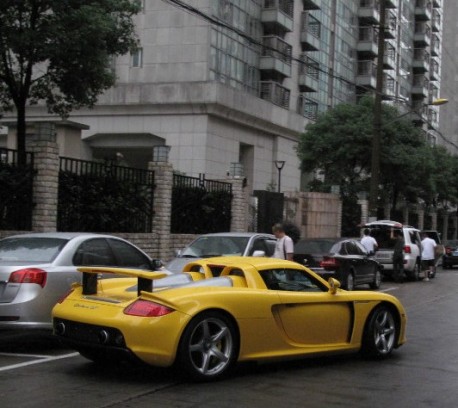 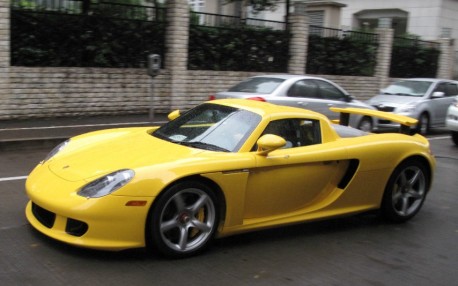 It wasn’t parked for long, and rightly so, a Porsche Carrera GT is made to Ride!