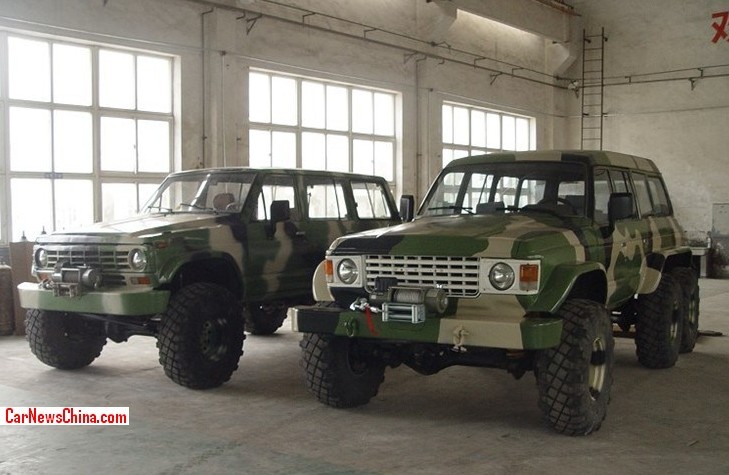 Meet the mad Nissan Patrol all-terrain monsters from China, wild ‘n beastly vehicles made in-house by a great man in Shanxi Province. The vehicles are made for off-road trials and hill climbs where they win everything there is to win, in Shanxi. 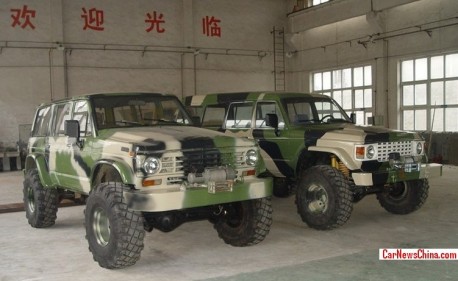 The owner of the shop is said to be a secretive man, likely because he apparently has a background in military engineering. The Nissan Patrol and its derivatives are however not actively used in the Chinese army, bar a few vehicles for high ranking officers. Still, this man clearly knows his Nissans. Is there something we do not yet know about the Chinese army’s vehicles..? 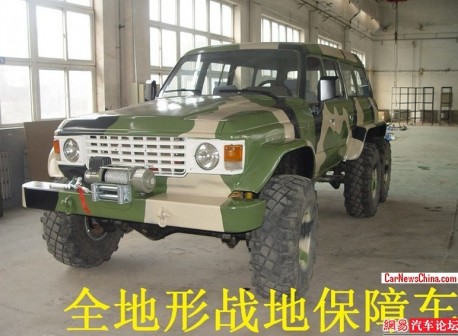 The 6×6 is truly brilliant. Based on a third generation Patrol, stretched by about a meter, with an extra axl, on giant all-terrain tires, and painted in camouflage. Even if the Chinese army really doesn’t use any Nissan Petrols, they might be interested now. 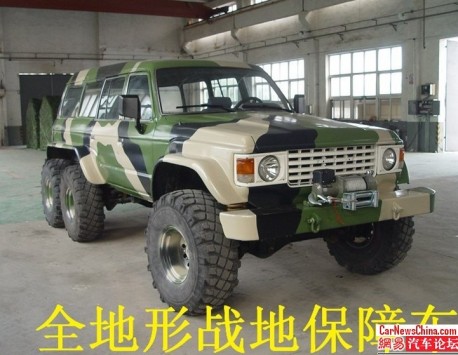 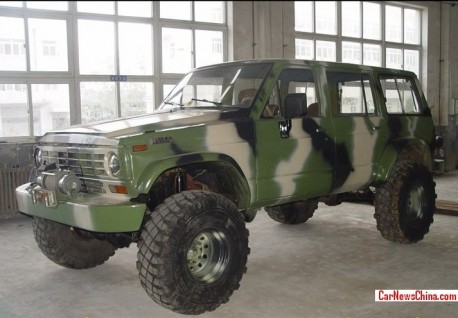 Based on the third generation again. Stretched, heightened, giant tires and camo. Four wheels only, will go faster than the 6×6 but won’t make it to the moon. 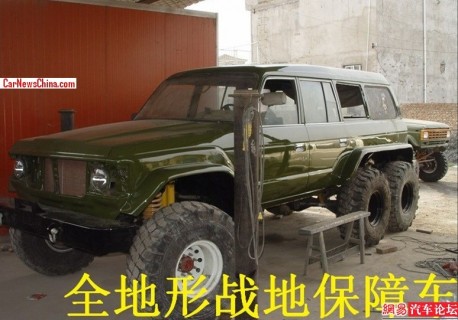 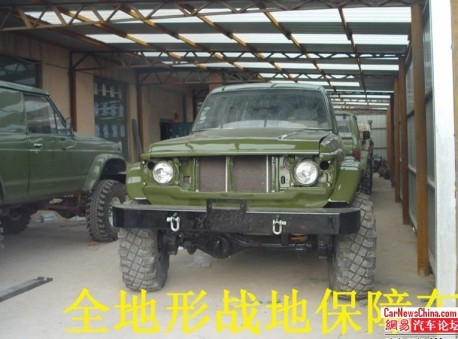 Two more vehicles parked on the left and behind the 6×6. This seems to be mass production! The third generation Nissan Patrol was, somehow surprisingly, officially exported to China. Buyers were mostly government agencies like forestry and fire services. In the late 1980’s most vehicles ended up on the private market and a great many are still around. The 3th generation 160 Series Nissan Patrol was made from 1980 until 1989. Engines available: 2.8 straight-six petrol, 4.0 straight-six petrol, 3.3 straight-six diesel, and a 3.3 straight-six turbodiesel. 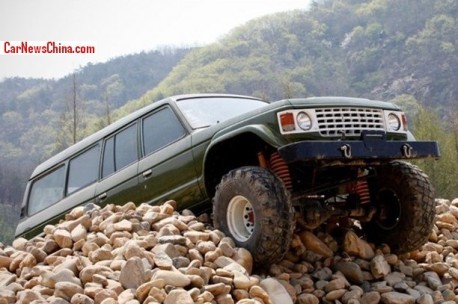 The 6×6 during a off-road event, doing the stone hill… 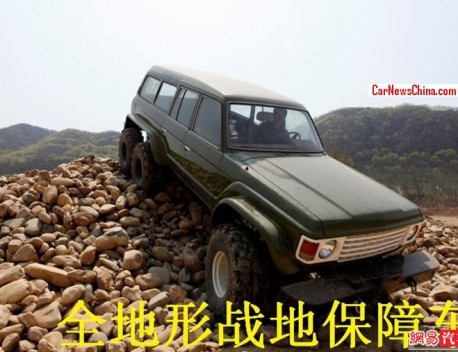 … without any problem at all. 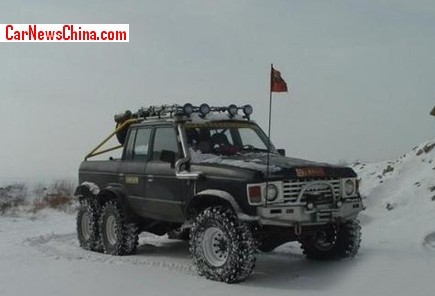 Update: another 6×6 Patrol of the same maker climbed up the Lüliang Mountains (Wiki) in Shanxi in January 2011. Highest point is 1380 meter above sea level.