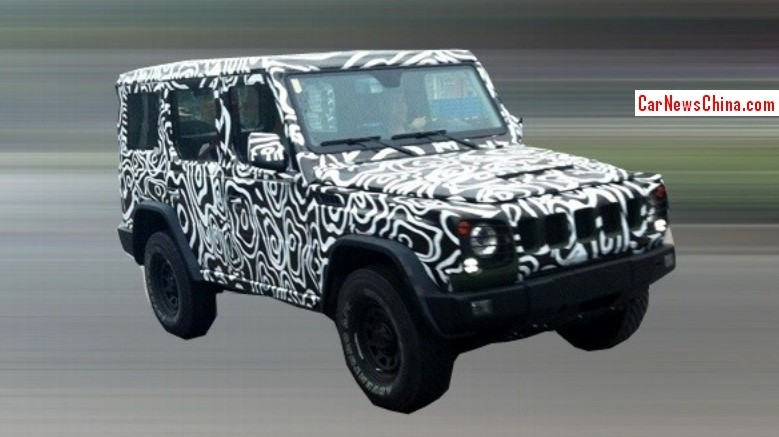 New spy shots of the Beijing Auto B80. The B80 is a new off-road style SUV that is expected to debut as a concept on the April 2014 Beijing Auto Show. The production version will debut sometime in late 2014. The B80 is originally developed for the Chinese army. The psychedelic car on the photos is the civilian version. 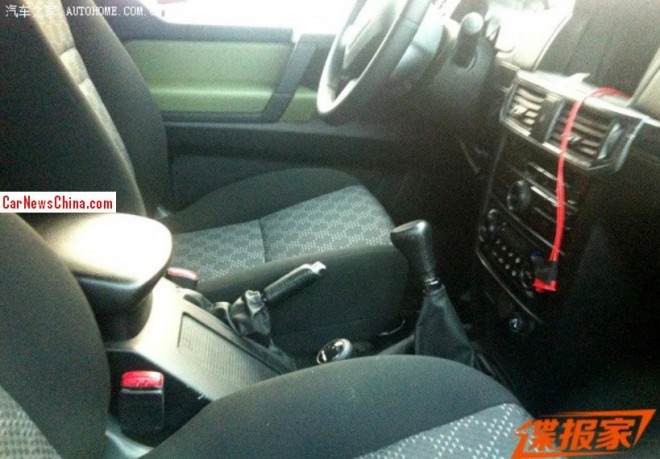 First proper pic of the interior. Gear lever sticking out high. Tiny little handbrake. Center console with a large screen on top and loads of buttons below. Materials seem on the cheap side.

The civilian version will be powered by a rather old 2.4 liter four-cylinder petrol engine with an output of 140hp and 217nm, mated to a five-speed manual sending power to all four wheels. The same engine also powers the upcoming (or is it) Beijing Auto B40 and several other older Beijing Auto branded vehicles. 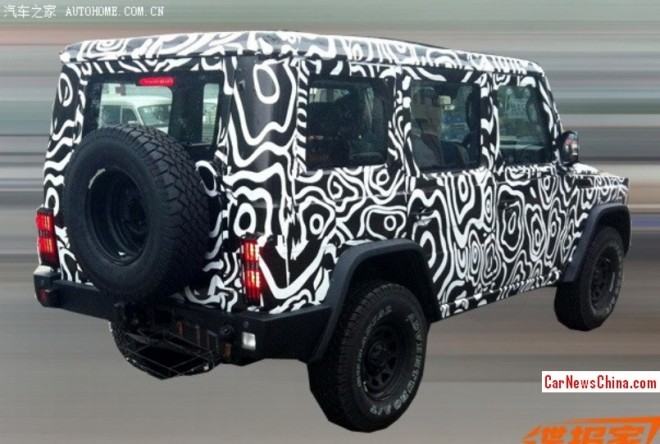