First live Pictures of the Koenigsegg Agera One:1 for China 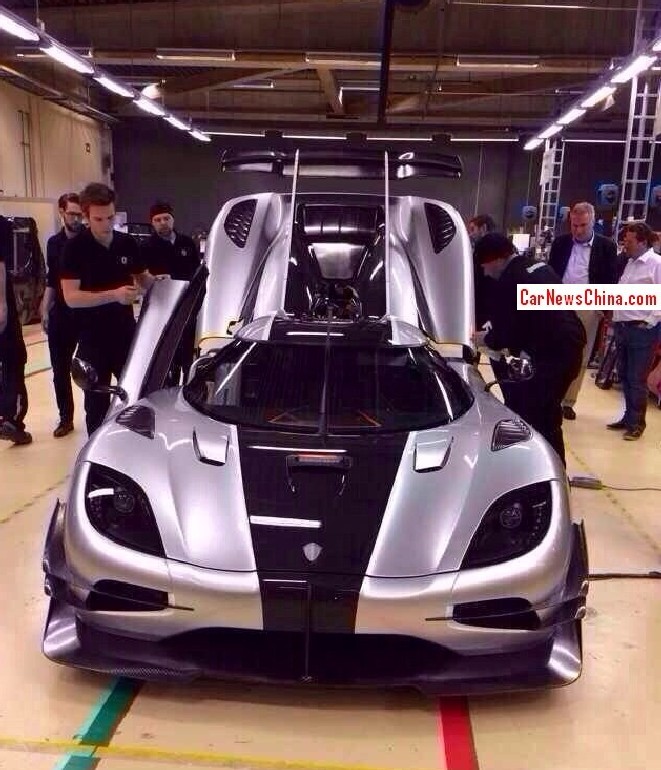 We have received the very first pictures of the Koenigsegg Agera One:1 supercar, seen here in the factory in Sweden. The One:1 will debut on the Geneva Motor Show in March. Production will be limited to only six examples and all will go to China. The One:1 is based on the Agera R but packs more power and more wings. 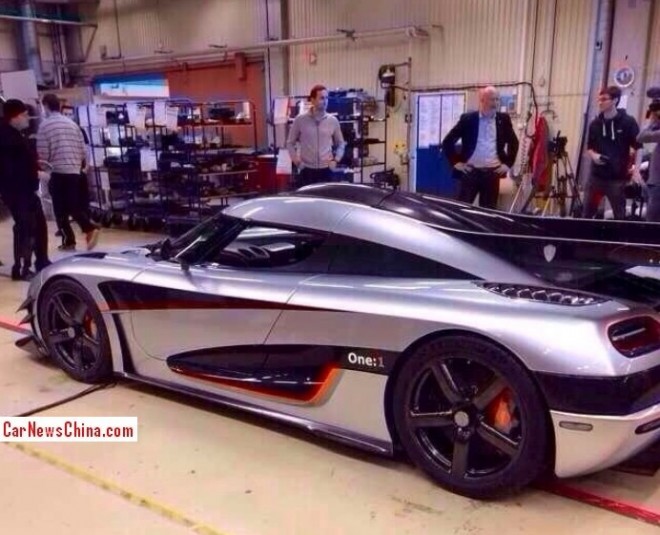 Cabin stretched out to the back. Large stabilisator wing. Orange accents and orange brakes. One:1 logo just in front of the rear wheel. This particular example is 1/6 and will be the Geneva show car.

One:1 refers to the power-to-weight ratio of the vehicle. The latest reports in Chinese media indicate the One:1 will have a weight of 1340kg and 1340 horsepower, sixty short of 1400/1400 that was originally announced. Top speed is still set at 450km/h. The number for the 0-400 km/h acceleration has however changed a lot. Earlier on Koenigsegg said it would take 25 seconds, but the latest announcement claims 20 seconds.

The One:1 will have its debut in China on the Beijing Auto Show in April. Price is rumored to be 12 million yuan or just under 2 million USD. The One:1 was developed with FFF Automobile, China’s most famous super car broker and Koenigsegg dealer. FFF’s extremely wealthy clients already have a ‘standard’ Koenigsegg, and they wanted something a bit more extreme. That’s what they got…