Visit to a Few Supercar Shops in Shenzhen, China 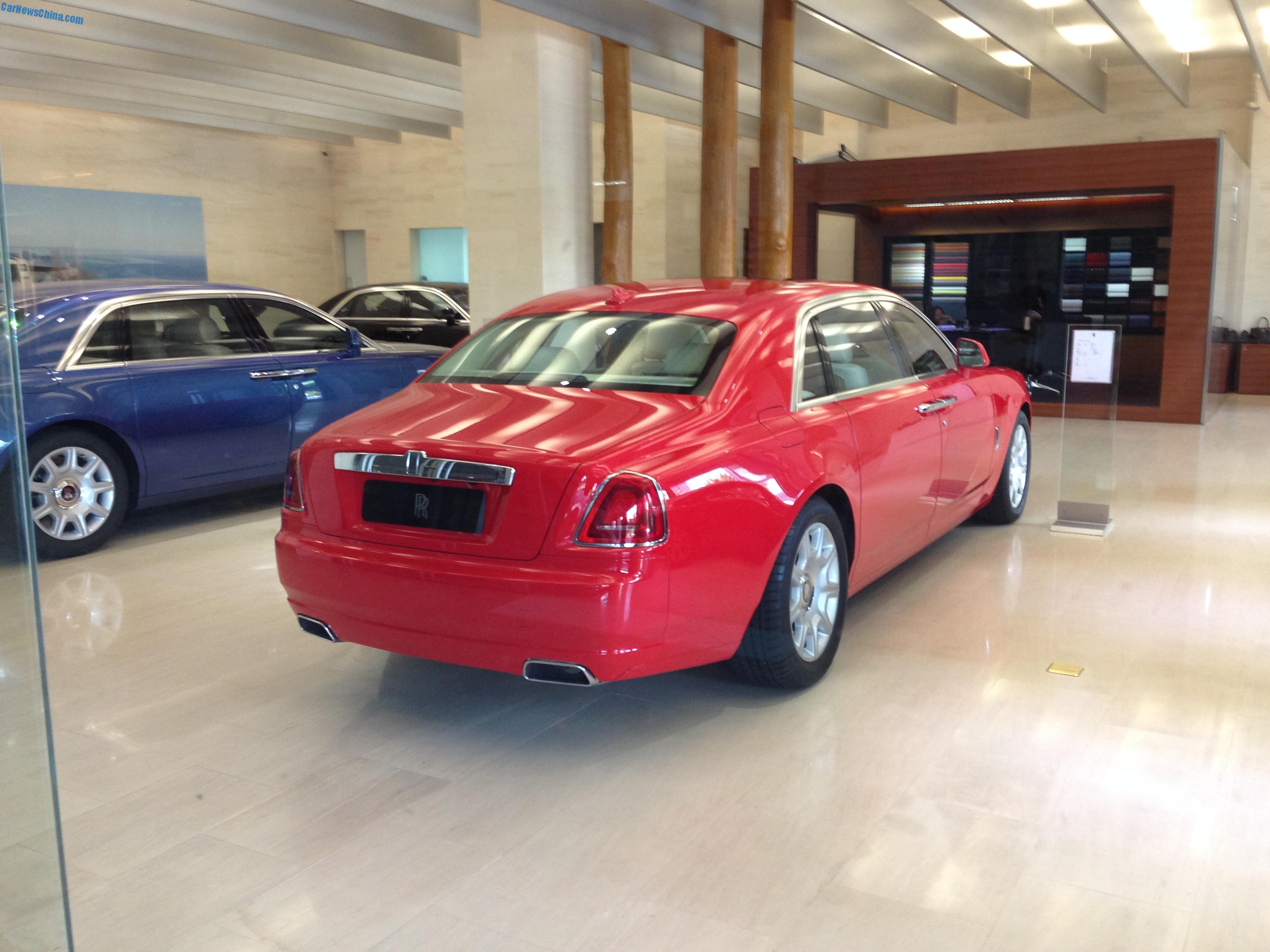 Hello Readers. As you might have guessed by the lack of news updates; we are indeed traveling again. Now in Shenzhen, moving to Shanghai tomorrow, and then back to Beijing a few days later. Somebody got to do it! I will get you all a zillion stories from Shenzhen, including a driven test drive in a Denza, and all sorta weird cars on the road, but we start with some easy stuff: supercars. I happen to hotel near the Central Business District (CBD), where they have all the supercar dealers. Following some photos of Rolls-Royce, Aston Martin, and Ferrari: 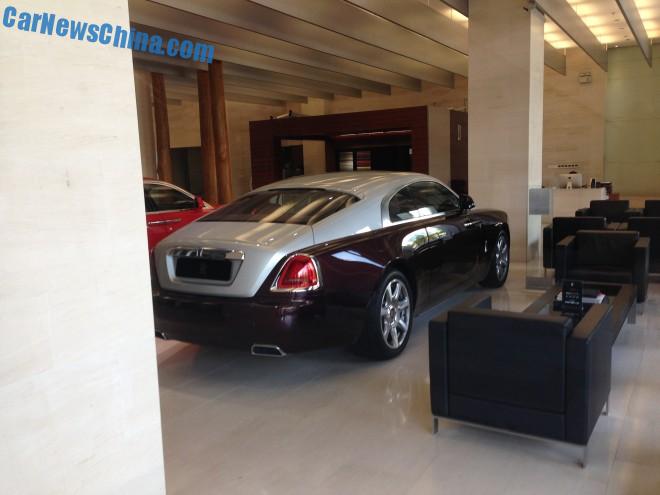 All shops allowed me in with a friendly smile, but I could not any take pictures inside. Why I asked? Policy they said. There is no arguing with policy. So all photos are taken trough the windows, but the stories are from the inside…

Rollls-Royce had one incredible red Ghost, a black Ghost, a blue LWB Ghost, and a brown-silver Wraith. Strangely, there was not a single Phantom in sight. Staff told me the Phantom was considered as an old car by their buyers, and that they didn’t think it was cool anymore, so the shop didn’t bother to have one on show, but it could still be ordered. Most popular Roller now: the Wraith. 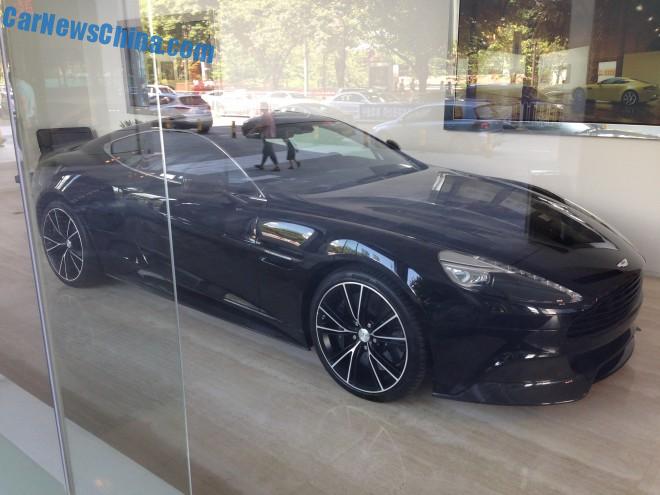 Moving to Aston Martin, just a few meters away from the Rolls-Royce shop. They had a manic black Vanquish, a Rapide S, and a Vantage V8. I went straight in and asked about the Mercedes-Benz deal. They said it would take at least two years before any AMG engine would power an Aston Martin. They were clearly worried about the future. The Vanquish was selling all they could get, but the Rapide was doing nothing. They said the biggest competitor was the Audi RS7 (!). 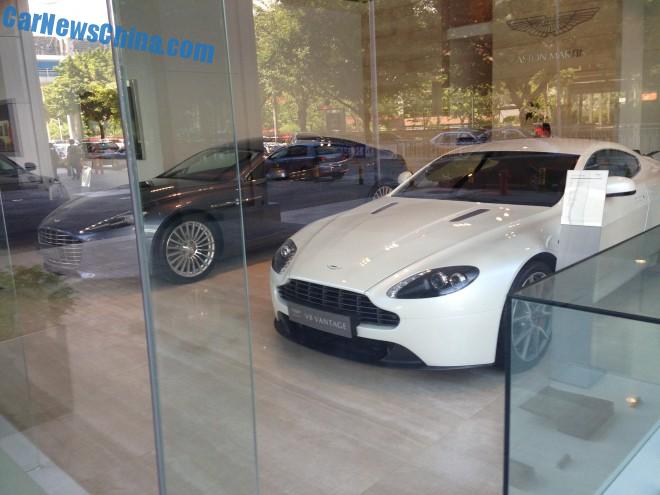 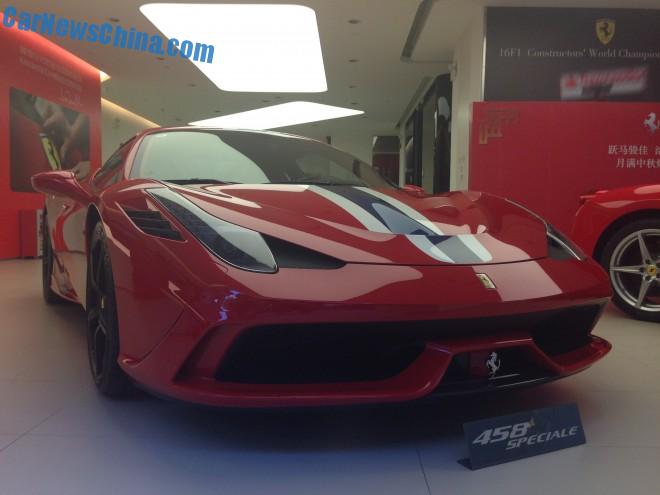 Going to Ferrari. They got their shop just across the street from my hotel so I am a regular down there. They were proudly showing the super sonic 458 Speciale, an F12berlinetta, a 458 Spider, and a base 458 Coupe. The Ferrari shop is the biggest of the lot, perfectly clean, and perfectly high tech. They said they thought their biggest competitor was Porsche, followed at close distance by Lamborghini, followed wit much more more distance by McLaren. 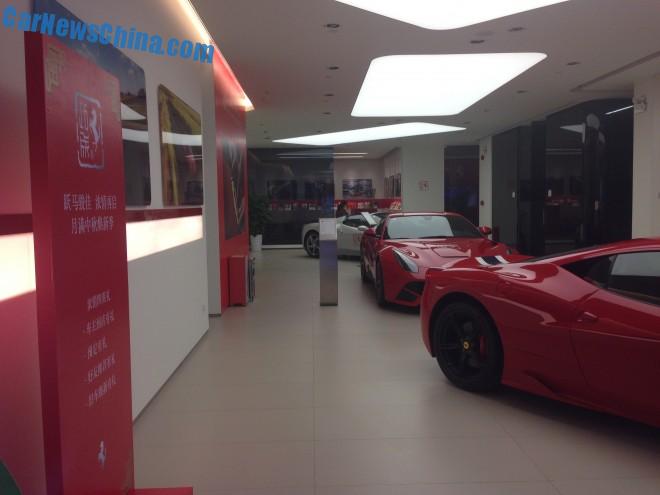 Ferrari is King in China, and will be so for a long time coming. There is just no credible alternative right now. Interestingly, the shop didn’t have any California on sale, but I had seen three units on the endless roads that day. They told me the California had sold out in China until late 2015, and… that 75% of buyers (in Shenzhen) were women under 25 years old! Yes, that is twenty-five. 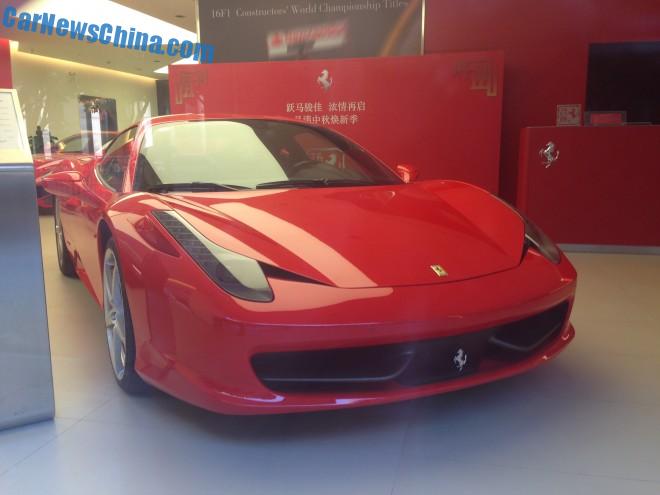 Just another standard 458. Got to get back to my beer now. More later!