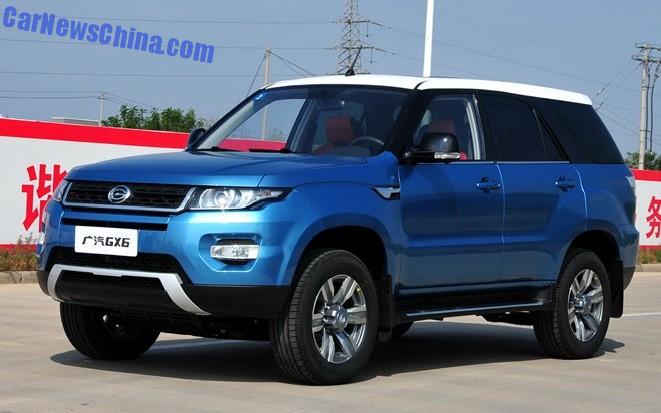 The new Gonow GX6 SUV has been launched on the China car market. Price starts at 109.800 yuan and ends at 146.800 yuan, making the GX6 one of the cheapest mid-size SUV’s in China. The Gonow GX6 is the production version of the Gonow GA6470 Concept that debuted on the 2014 Beijing Auto Show in April. 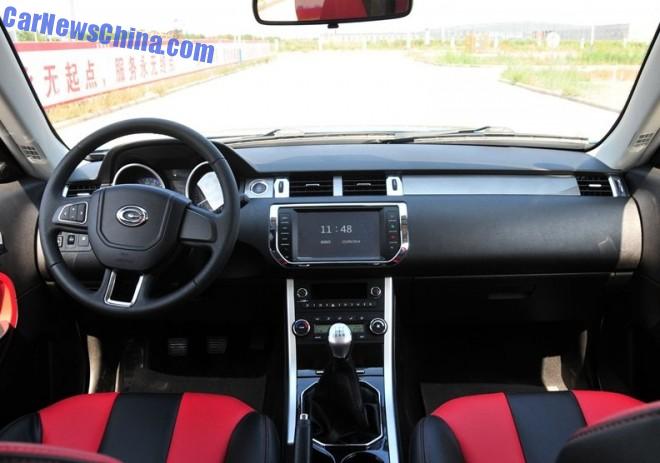 Reasonable trendy interior with red-black seats, red door detailing, a start button, and a large touch screen in the center console for the infotainment system. Dash design inspired by Range Rover Evoque, just like design of the body: 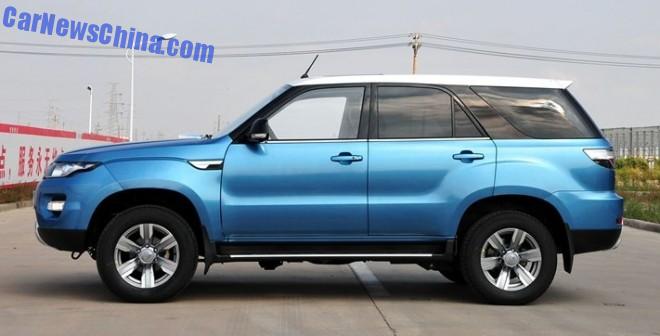 notably the grille, the rear bumper,  the wheel arches, and the headlights. Overall however not a bad looking car. White roof kinda hip but those alloys are too much 1980. 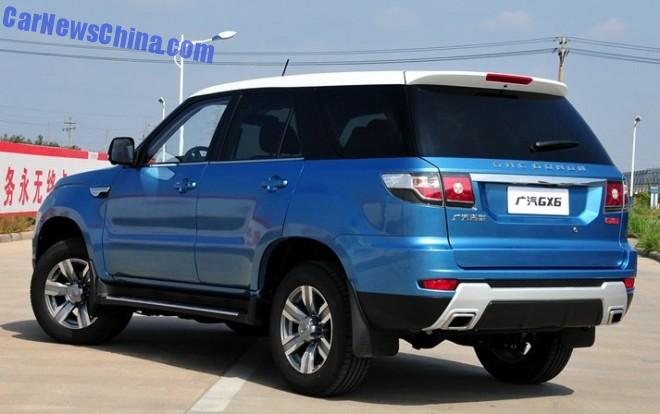 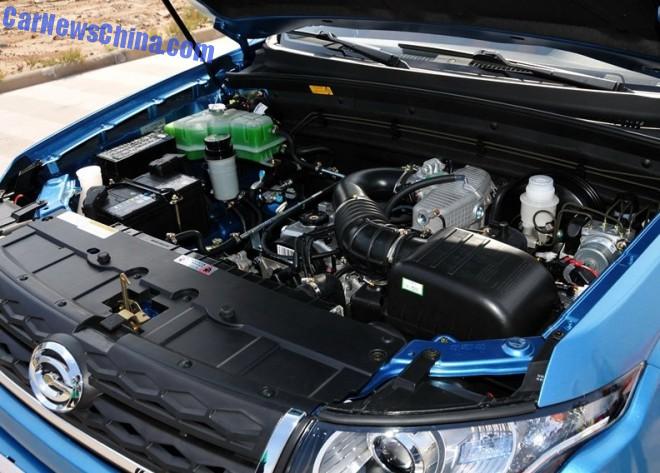 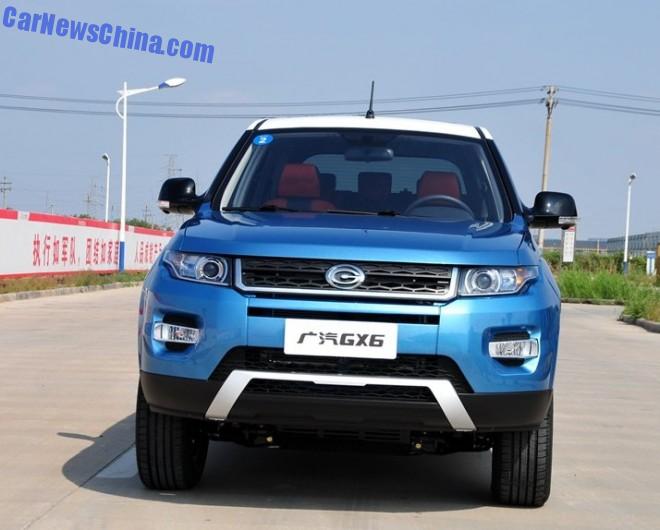 Not really a Range Rover; this is the new Gonow GX6.