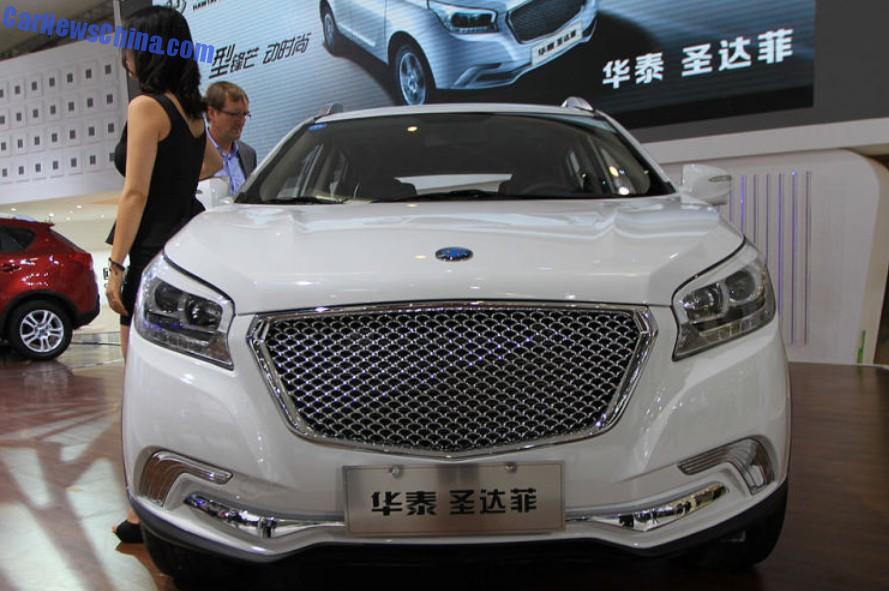 The final production version of the illustrious Hawtai Shengdafei was unveiled on the 2014 Guangzhou Auto Show and launched on the Chinese car market at the same time. The Hawtai Shendafei is a new SUV consisting of a giant all-conquering grille with some car behind it. Price starts at 101.800 yuan and ends at 125.800 yuan. 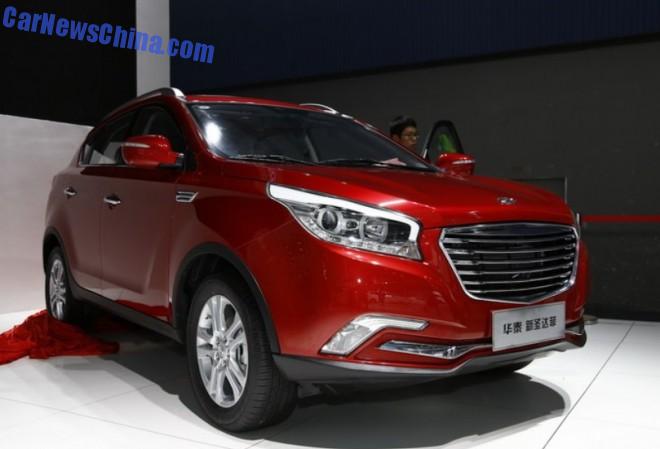 They also had a red example on the booth, looking really good, as red goes very fine with chrome. Check those doorhandles and the roof rack especially! Light ornaments in lower bumper fine pieces of work as well. 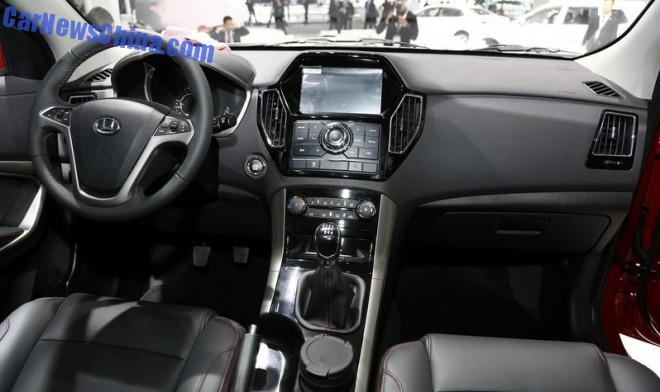 Dash more than all right for the money with a techy center console, a mid-sized LCD screen, and a sporty instrument pod. Steering wheel however looks a bit old fashioned and comes with just a few buttons. 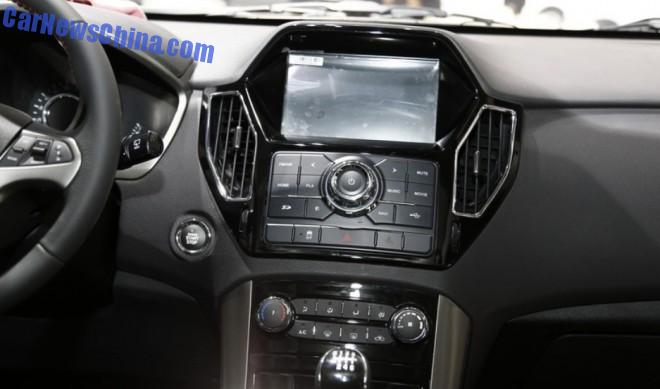 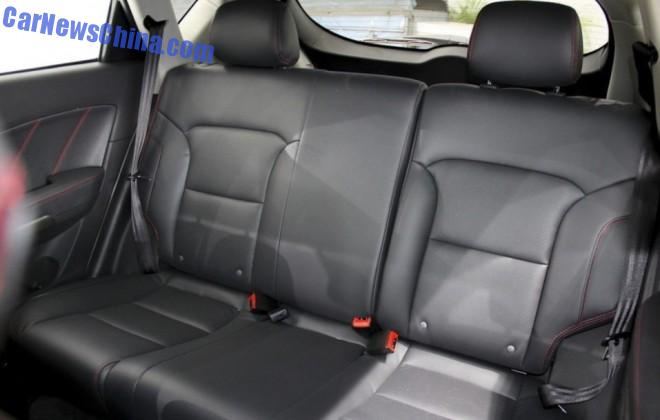 Enough space for three with some nice red stitching.

The Shendafei is available with two four-cylinder engines: a 1.5 turbo petrol with 156hp and 215nm, and a 2.0 liter turbo diesel with 150hp and 310nm. The addition of a diesel is quite rare as diesel engines in passenger cars are forbidden in most cities. Hawtai clearly aiming at the countryside and export. Both engines are mated to a six-speed manual but an 8-speed automatic is under development. FWD is standard, AWD is optional. 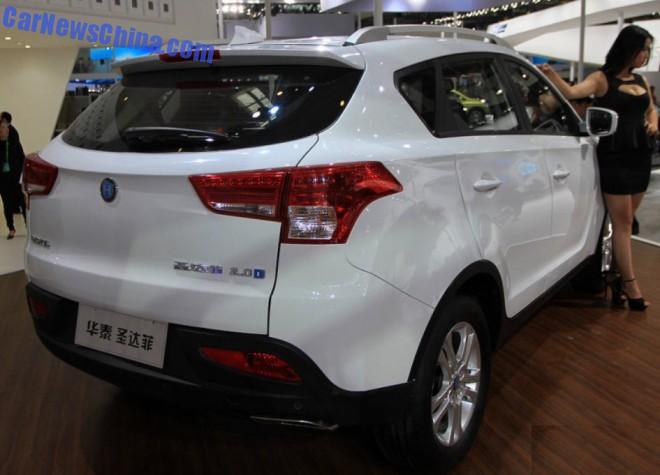 The Shegdafei is the second SUV is the Hawtai line-up after the larger Hawtai Boliger. 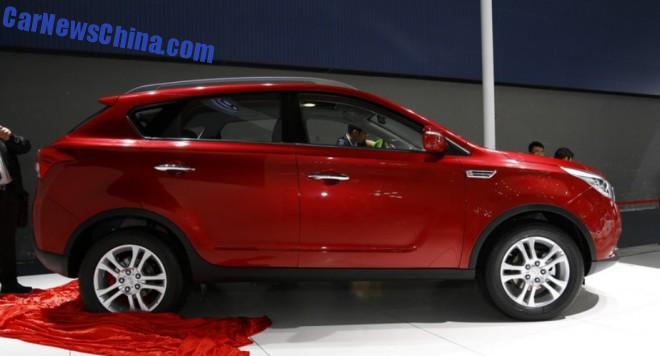 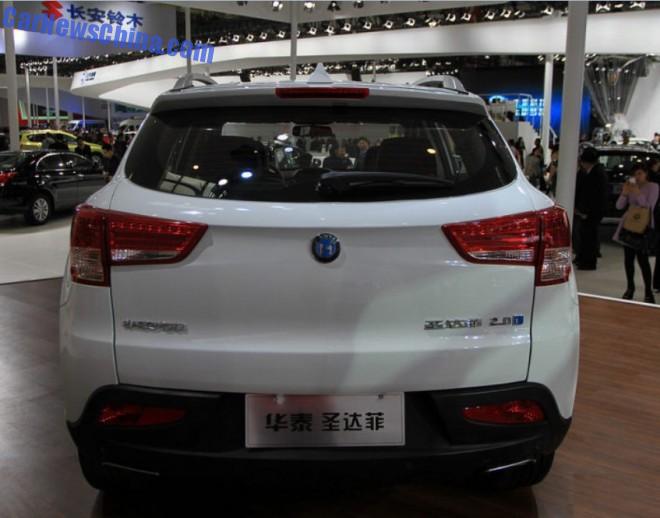 Sharp looking rear but Hawtai logo needs to be bigger.