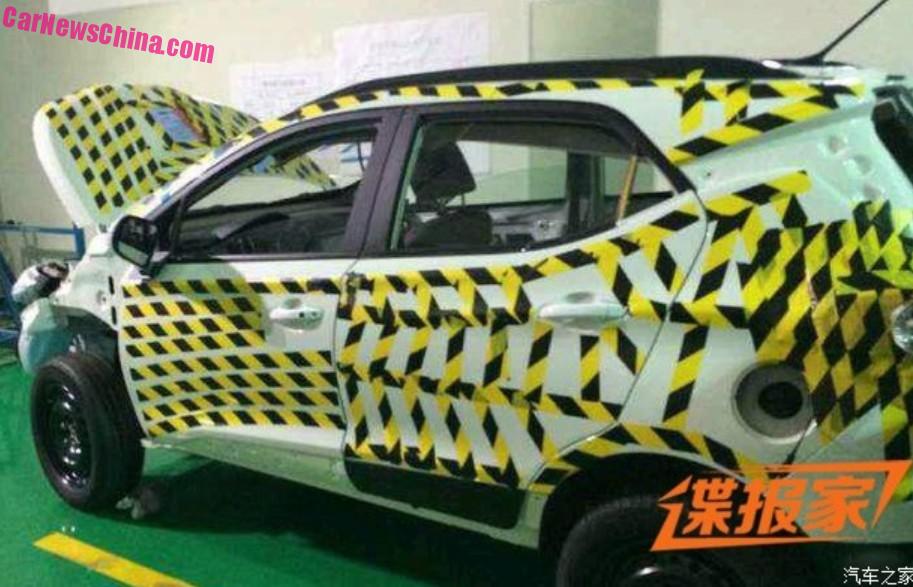 The very first Spy Shot of the upcoming BYD S1, a new sub-compact SUV that will be launched on the Chinese car market just before the end of this year. The hybrid variant of the BYD S1 will be called ‘BYD Yuan’. BYD will use S-x names for the petrol-powered versions and fancy Chinese-dynasty names for the hybrid versions.

Official BYD rendering of the S1/Yuan, seen here in Yuan form. The sub-compact is the smallest of four new BYD SUV’s that will be launched up until 2017. The S1 will be powered by 1.1 and 1.3 liter four-cylinder petrol engines mated to a six-speed manual or six-speed automatic. The Yuan will be powered by a hybrid power-train mated to a 6-speed DCT. Range on pure electric will be 50 kilometer.