This is the Ford Everest SUV for China 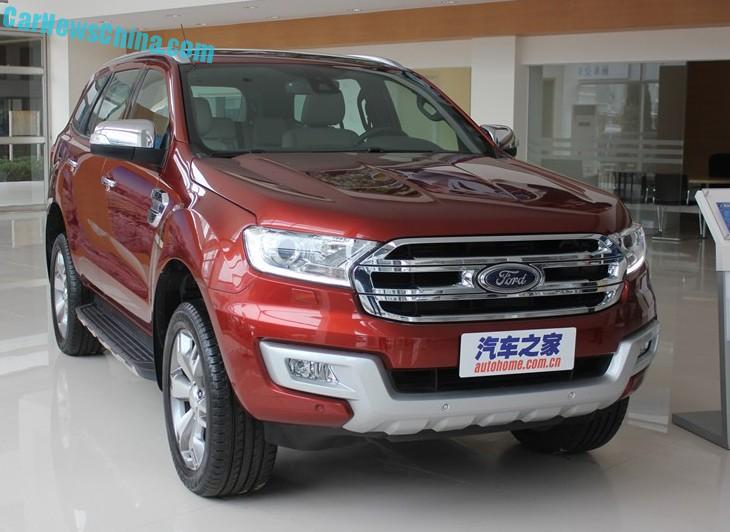 This is the final production version of the brand new Ford Everest SUV for China. The Ford Everest debuted in November last year on the Guangzhou Auto Show. The SUV big seems ready to roll but it will take all the way until October before it hits the Chinese car market, which is much later than previously announced. Price will range from around 300.000 to 450.000 yuan ($48.310 – 72.460).

The Everest stands on the same platform as the Ford Ranger pickup truck. 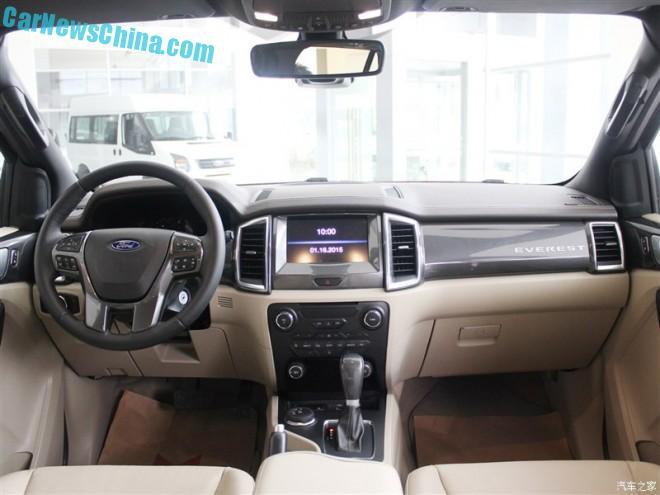 Lots of gray and lots of beige. Large truck-like steering wheel. Gear lever located far to the right of the center tunnel. 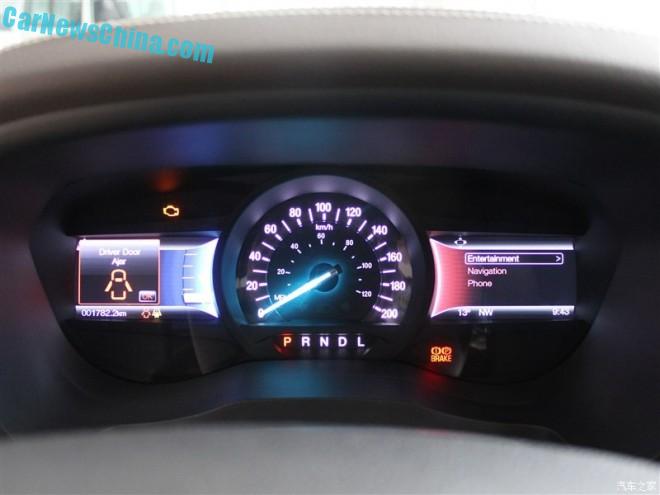 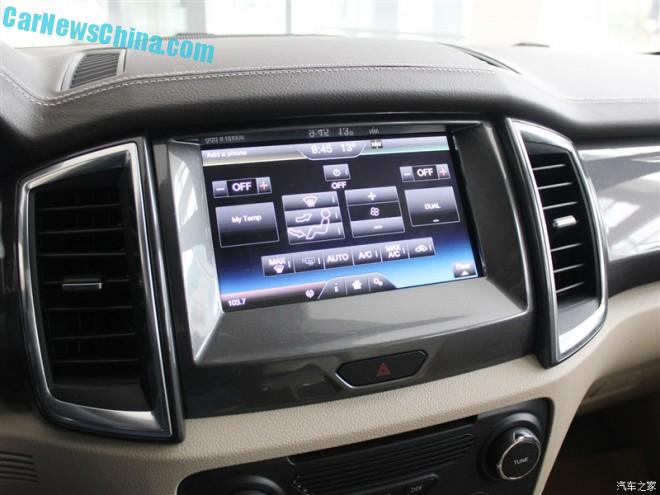 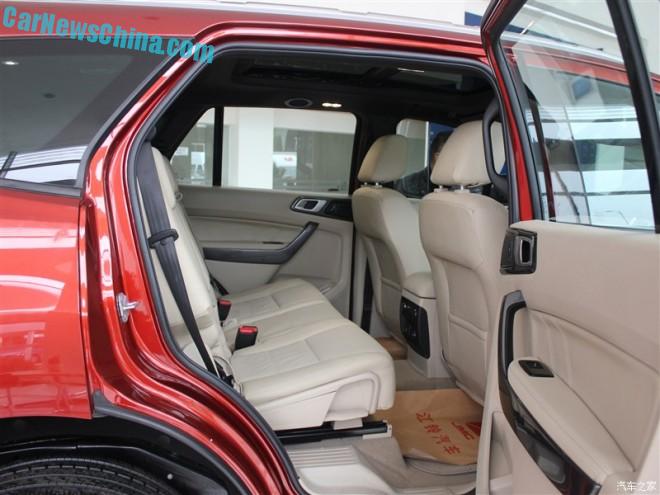 The Everest is a seven seat SUV with a 2+3+2 configuration. Lots of space on the second row. 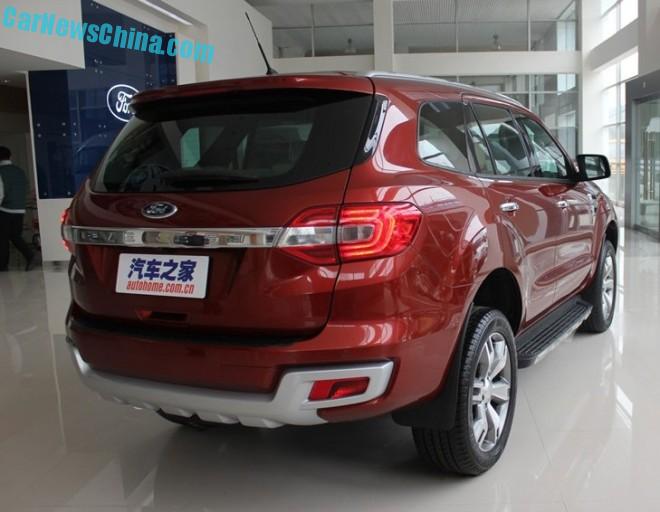 Fat chrome strip between the taillights… 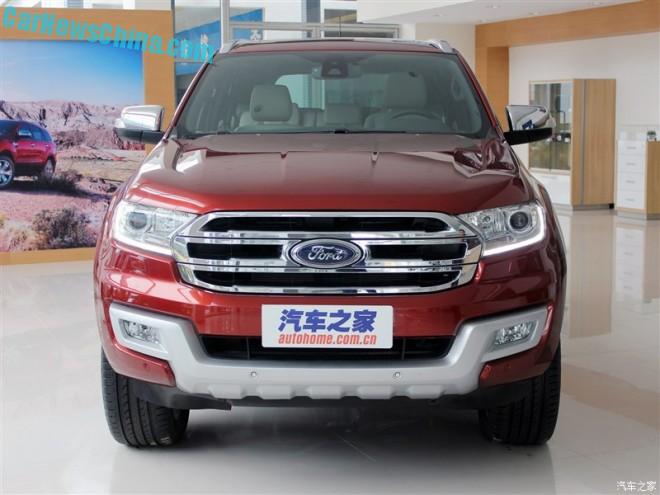 … and even more chrome in the super shiny grille. 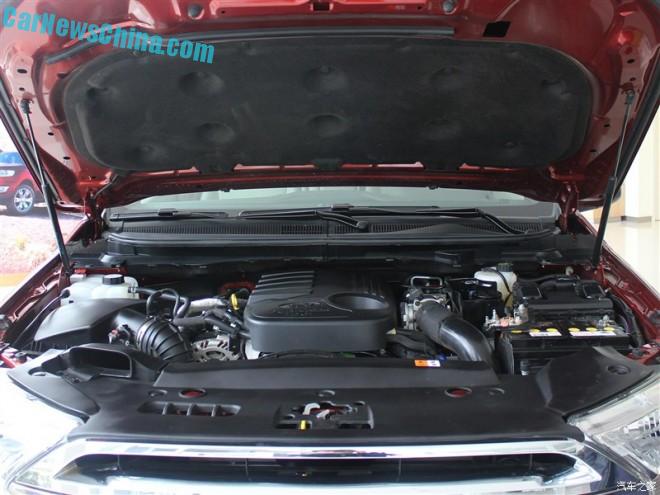 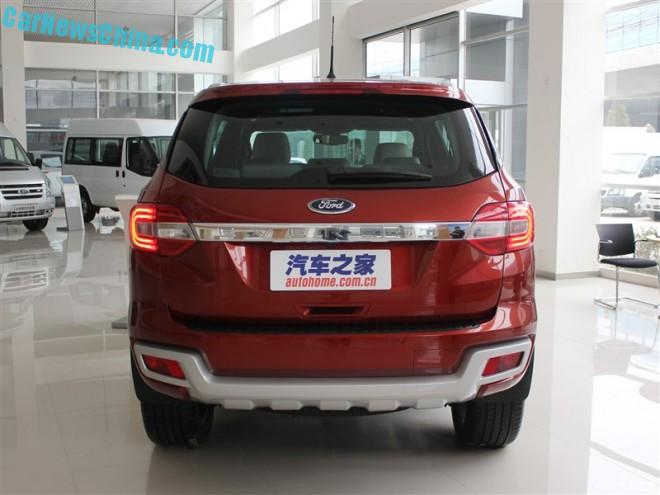 A nice ass, but you can’t have it until October.