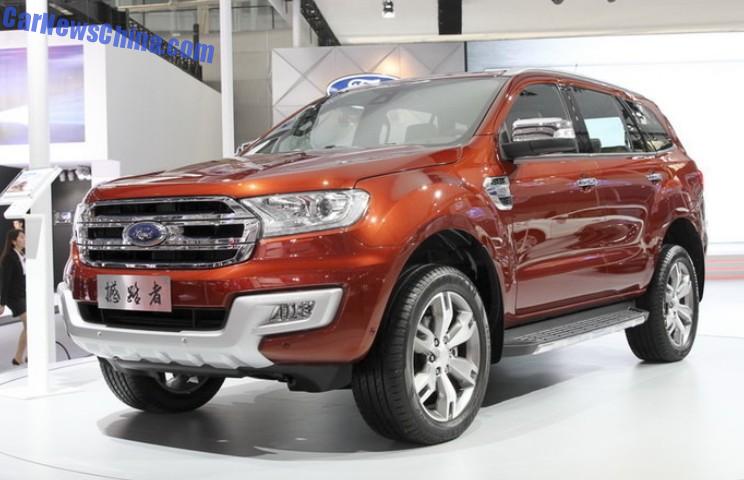 The new Ford Everest SUV had its public debut on the 2014 Guangzhou Auto Show, after its media-debut last week in Beijing. The Ford Everest is a large body-on-frame SUV developed for Asian markets developed to take on cars like the Toyota Land Cruiser Prado and Nissan X-Trail. 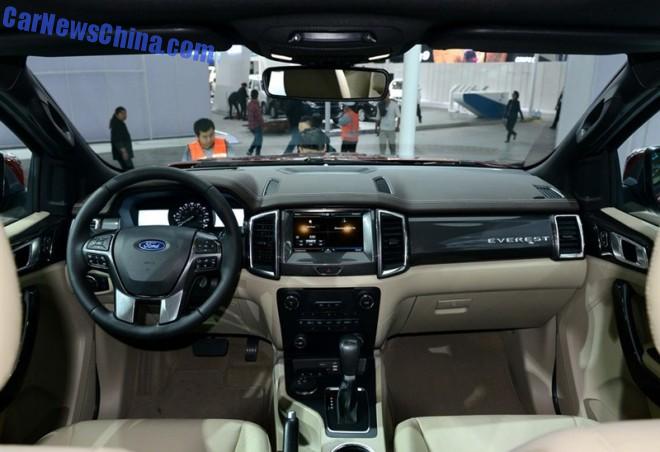 Dashboard impresses, especially for a Ford. Nice fit and finish. Mid-sized LCD screen in the center console. The instrument binnacle consists of a analogue speedo and two smaller LCD screens. Shiploads of buttons on steering wheel. 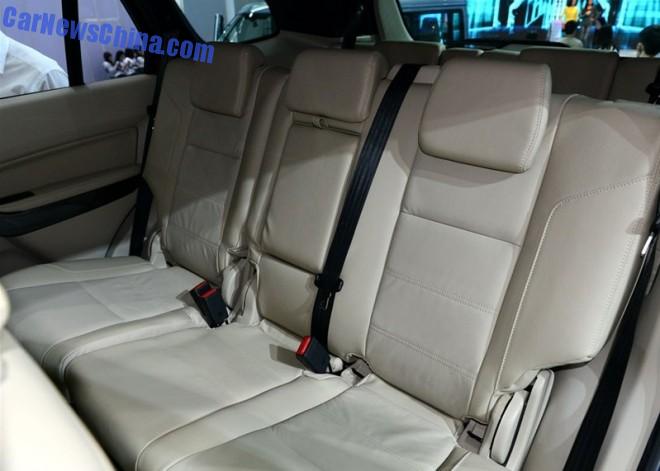 The Everest is a seven seat SUV with a 2+3+2 configuration. This is the second row. 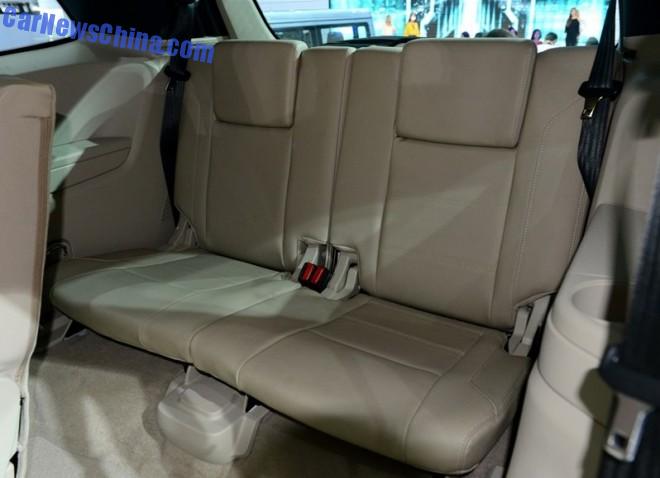 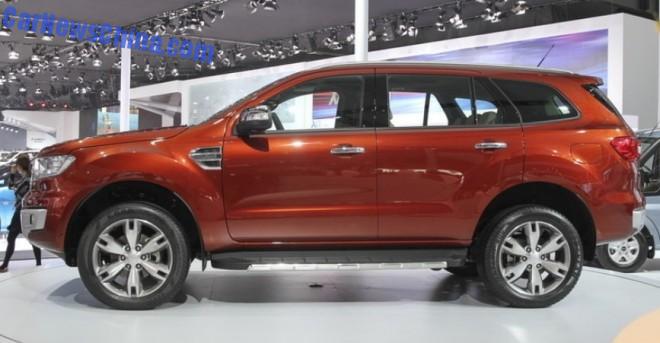 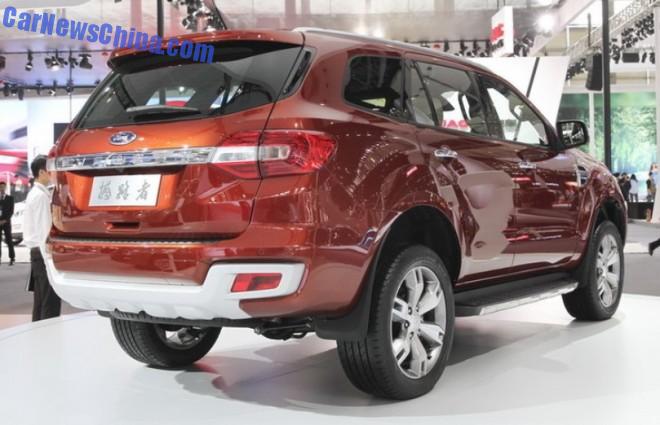 The Everest is manufactured in China by the Jiangling-Ford joint venture. Mass production is set to start near the end of the year with a launch on the Chinese car market in Q1 2015. Price will range from around 300.000 to 450.000 yuan.

The Everest is the third made-in-China Ford SUV after the smaller Kuga and Ecosport, which are both manufactured by Changan-Ford, Ford’s other Chinese joint venture. 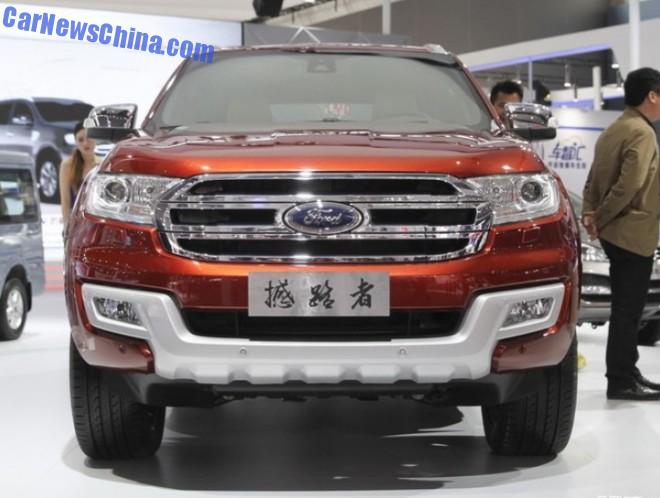 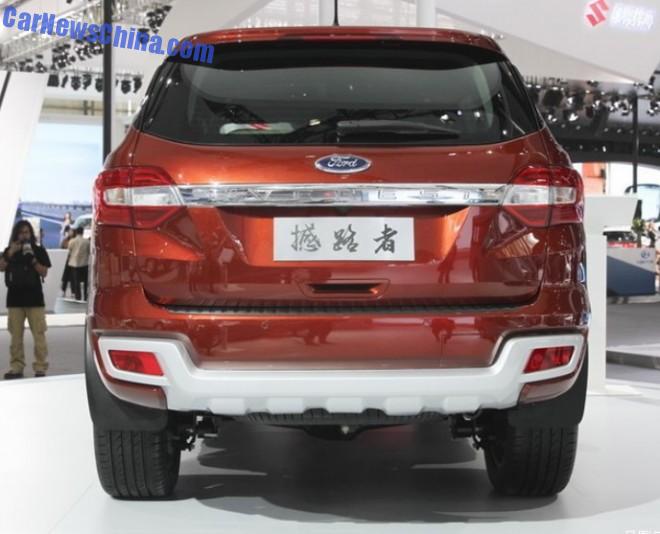 Still more chrome at the back. Bumper almost hip.