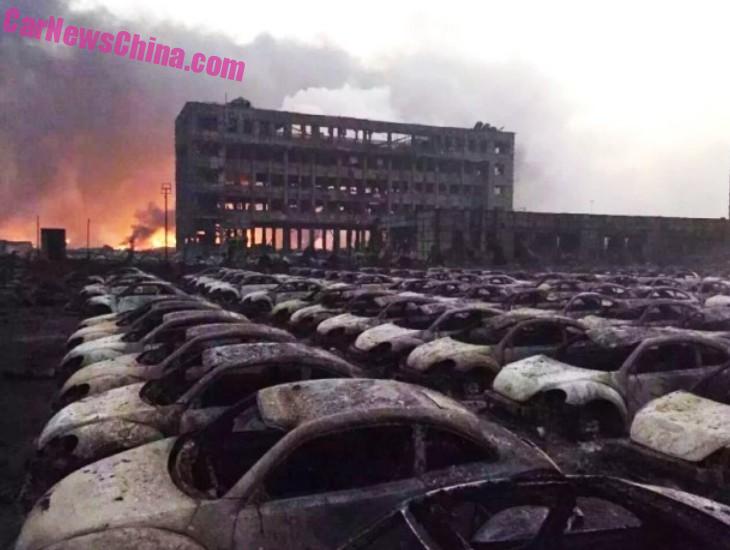 A huge blast in the port area of the great city of Tianjin in China has killed at least 44 people, injured hundreds, and leveled several buildings. The initial explosion happened at 05:00 on early Thursday morning in the warehouse of a ‘logistics company’. This explosion triggered several other explosions along the port area.

Tianjin is one of China’s biggest ports. It also handles pretty much all the car imports for the entire northern China area. Sadly, the explosions didn’t miss out on that, ripping through an enormous parking lot filled with thousands of brand new cars, and among those were a few dozen Volkswagen Beetles.

Endless rows of burned Beetles, with a line of Volkswagen Touareg SUV’s in the background. 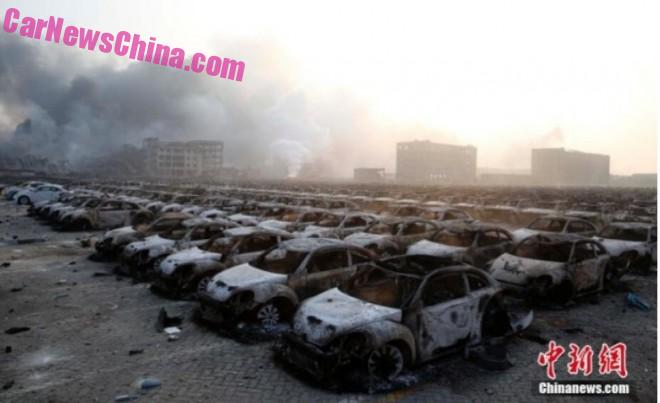 Well, these will probably still fetch a few yuan on a rural scrap market in the suburbs. Paint melted off, that was a hot fire. 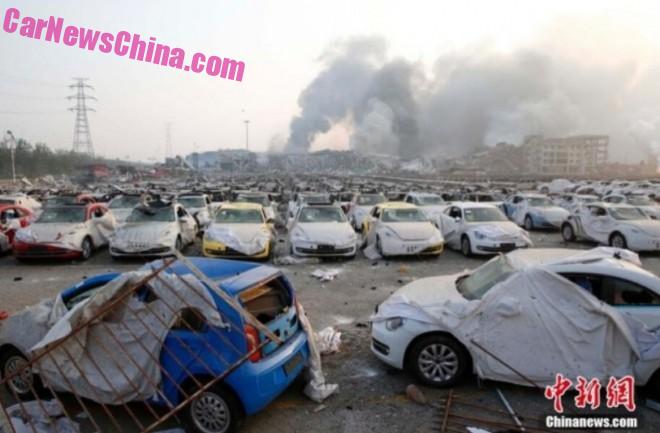 Four door Volkswagen Up! on the left. The Up! is presently imported into China too, but local production is expected in the not-too faraway future. 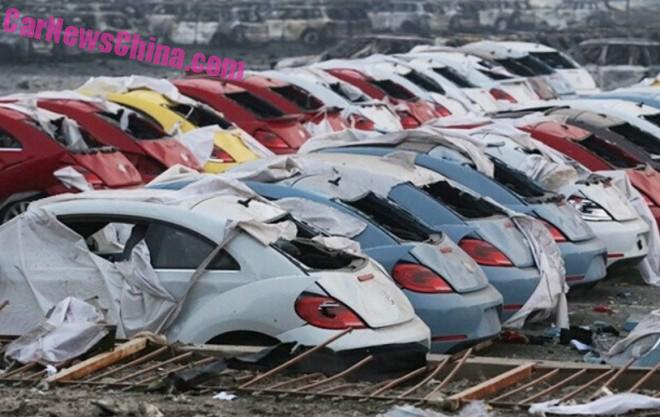 Rear windows gone, tires melted completely. Light blue is not a nice color for the Beetle. 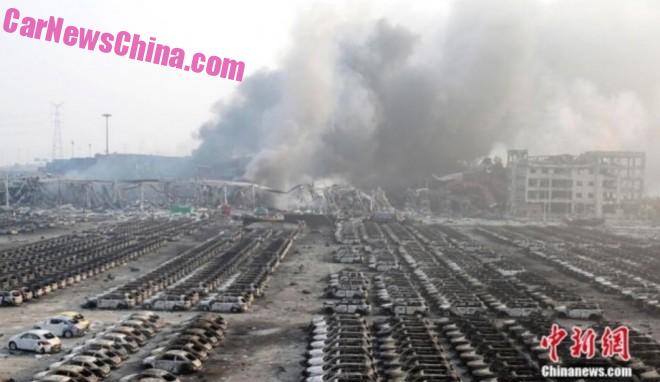 An overview of the parking lot. Volkswagen was not the only one getting burned. 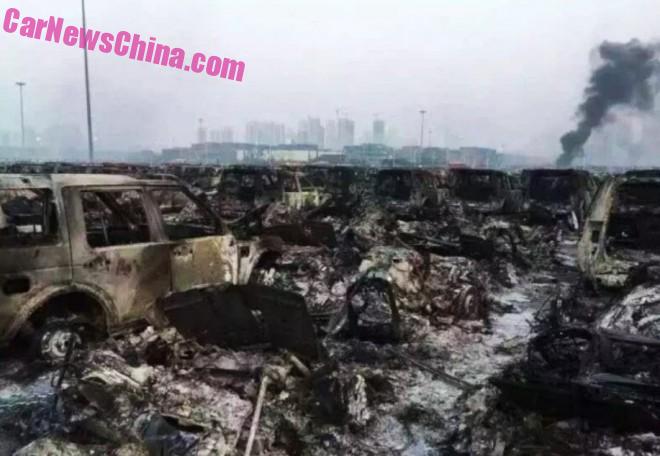 Land Rover got hot too, with a bunch of Discovery SUV’s completely gone. Not so much lost here, it is the old model, which would have been a hard sell anyway. 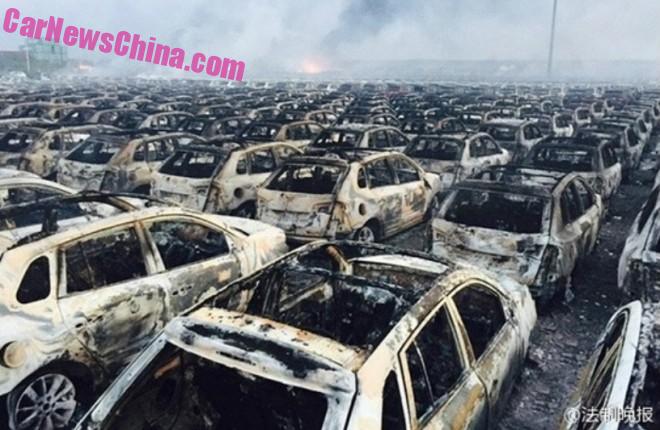 That are at least a hundred Renault Koleos SUV’s. The Koleos is imported from South Korea where it is manufactured by Renault Samsung Motors. They come by ship as a certain Mr. Kim won’t allow any trains to transit. And don’t we all love those fancy full size sunroofs? 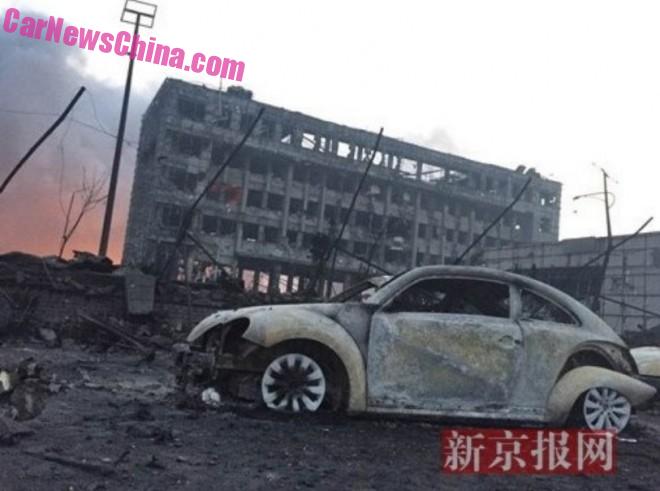