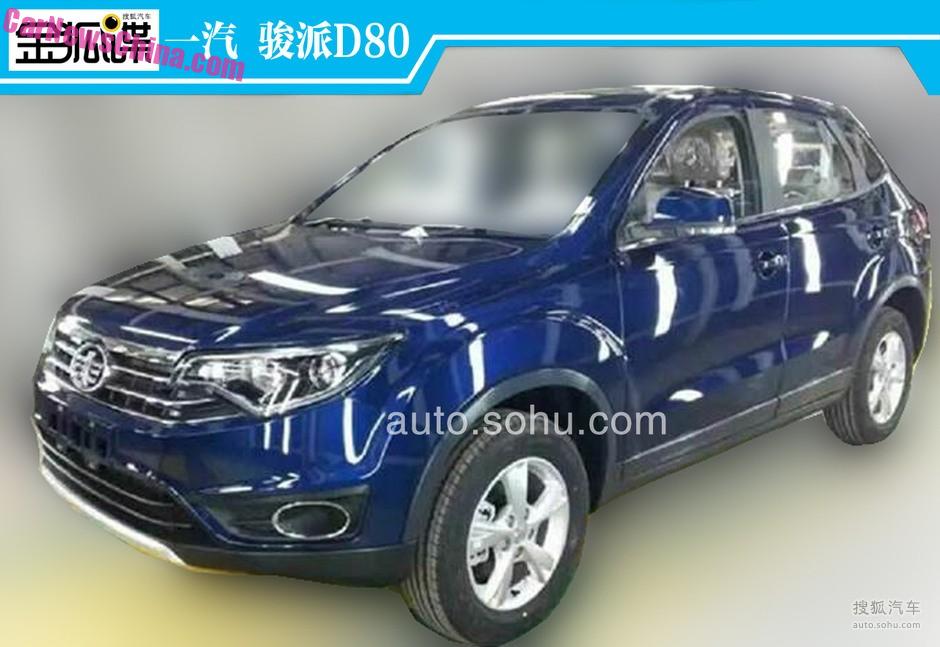 The best Spy Shots so far of the new FAW Junpai D80 SUV, looking almost ready for its launch on the Chinese car market in Q4. The Junpai D80, previously known as the FAW R20, is a new sub compact SUV for China. ‘Junpai’ is a new brand under First Auto Works (FAW). Their first car, the Junpai D60 SUV, was launched in October.

The Junpai D80 will be manufactured by FAW-Jilin, a FAW subsidiary based in Jilin Province. There will be a five-seat version and a seven-seat version. Power will come from a 103hp 1.6 or a 139hp 1.8, mated to a five-speed manual or a six-speed automatic. 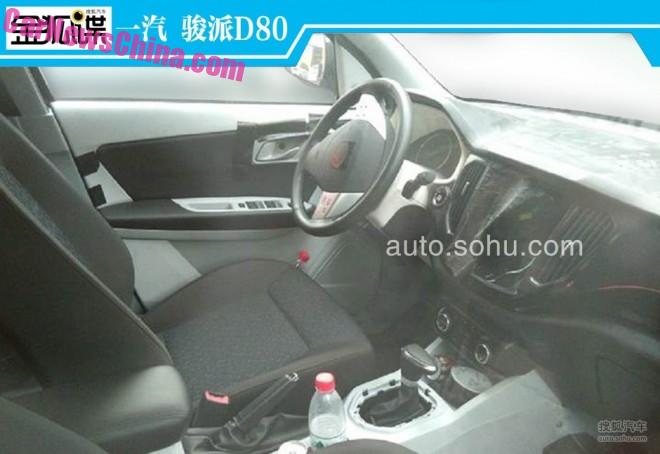 A trendy interior with a large touch screen in the center console, a fancy gear knob, alu detailing, a conventional handbrake and analogue dials. 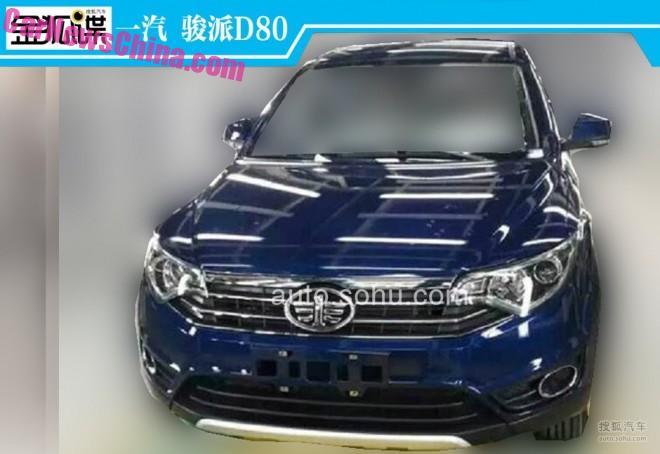 Large FAW badge proudly on the grille. The Junpai brand doesn’t have its own badgery yet, and will likely never get.