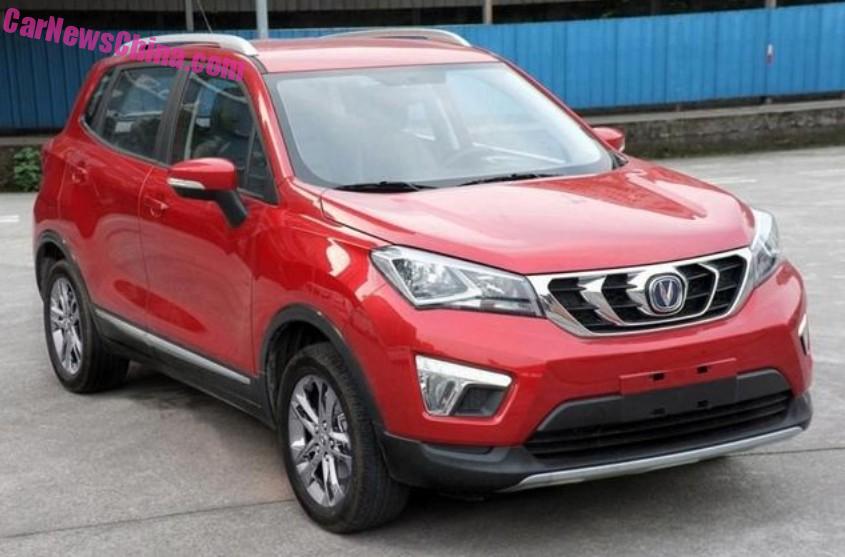 The best Spy Shots so far of the upcoming Changan CS15 compact SUV-crossover for China, featuring a decidedly daring grille. The CS15 will debut on the Guangzhou Auto Show in November and launch on the Chinese car market in the first quarter of 2016. It will be positioned below the Changan CS35 SUV.

Logo in the middle surrounded by a chrome circle, and surrounded again by two more. Bling! 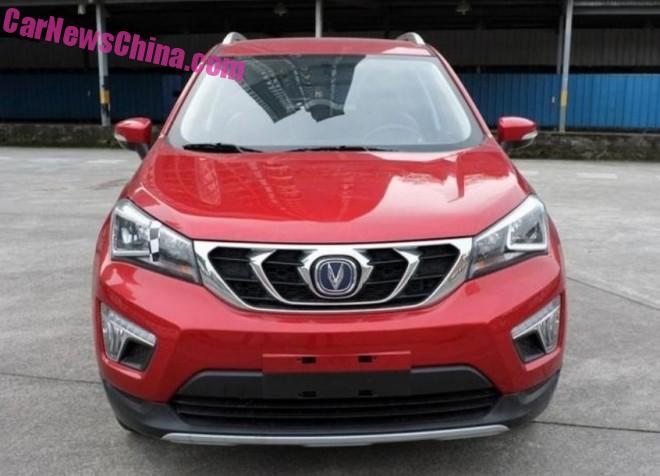 Headlights look very hip, and fog lights have little LED strips inside. Roof rails appear to be absolutely usable. Skid pad under the bumper for that city-mountaineering cool. 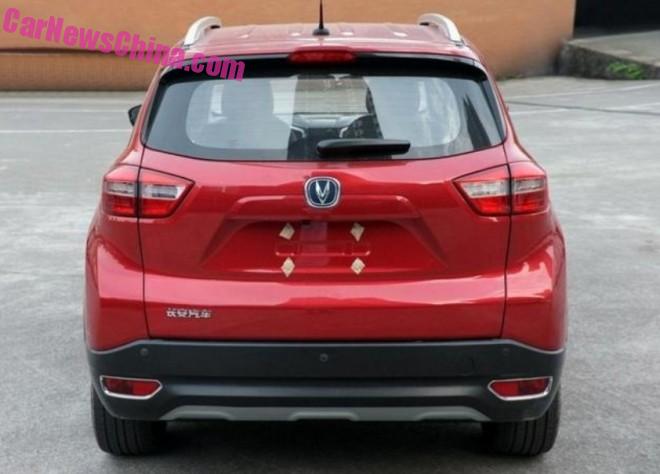 Rear lights fashionably small. Chrome strips around the fog lights. Lower bumper with a skid pad and diffuser mixed into one.