Production of the Beijing Auto BJ20 has started in China 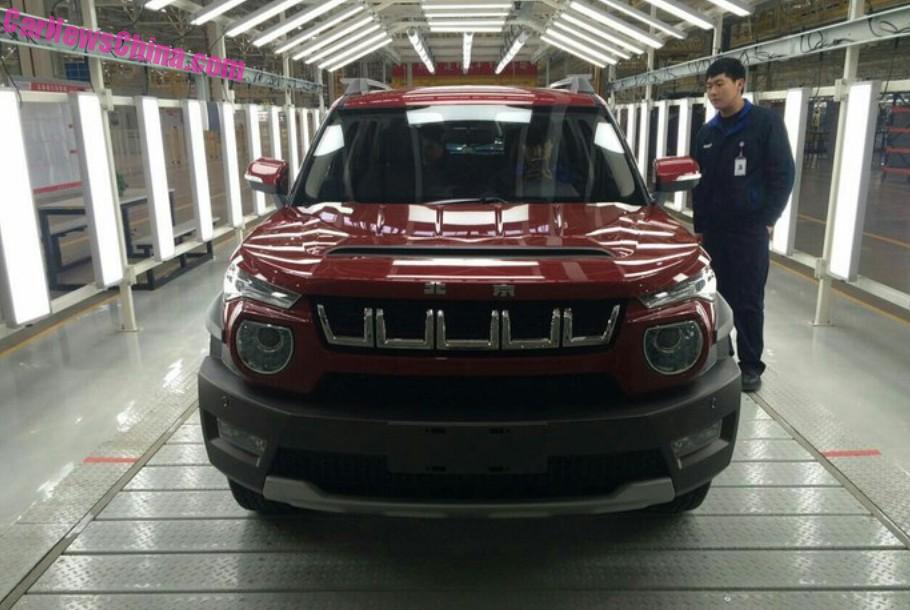 Small batch production of the new Beijing Auto BJ20 SUV has started in China. Public debut is scheduled for the Beijing Auto Show in April with a launch on the Chinese car market soon after that. The BJ20 comes with a daring front end which we started to like more every time we see it. 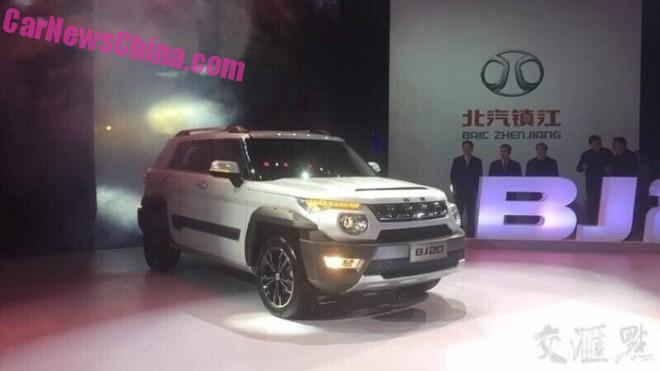 The start of production was celebrated with a little ceremony in the new ‘Zhenjiang’ factory, which will have an initial output of 150.000 cars in late 2016 and a full output of 300.000 cars in 2020. The factory will make the BJ20, two other yet unknown passenger cars, and new-energy vehicles. Media was invited for the event, but they were not allowed too close to the new car. 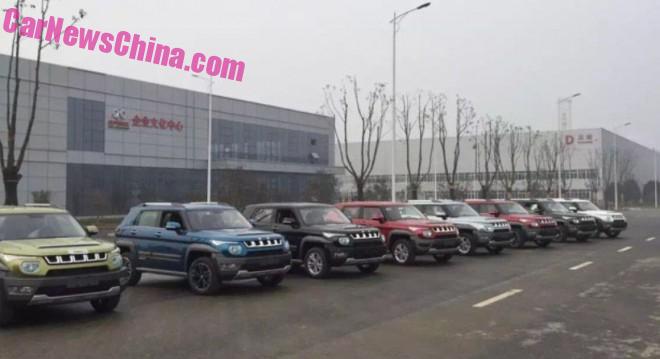 Happily, Beijing Auto didn’t bother to hide the BJ20 anywhere else. Here we have eight examples in various colors with various alloys, some with and some without roof rails. The blue cars looks good.

The BJ20 is based on the same platform as the Senova X65. It has the same wheelbase X65 but it is shorter due to the shorter front and rear overhang. Compared:

The BJ20 will be powered by a Mitsubishi-sourced ‘4A91T’ 1.5 turbo with 147hp and 210nm, which seems barely enough for such a big car. It gets worse: the  lone transmission will be a Getrag six-speed manual sending horses to the front wheels only. 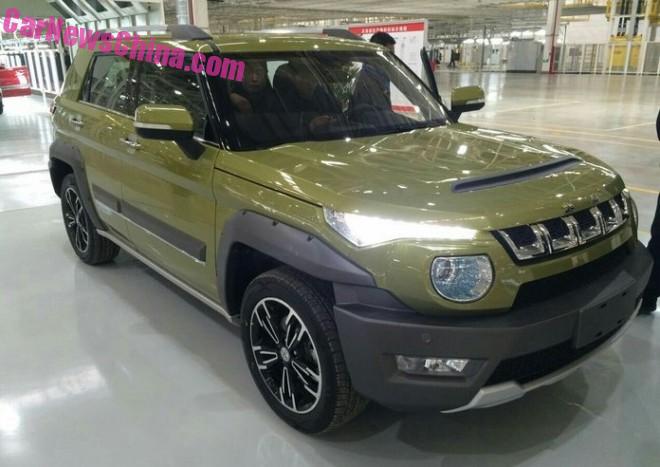 The factory itself had open house, or so it seemed. The blue headlights are standard on all versions. Air duct in the bonnet to cool those wild 147 horses down. Square shaped wheel arches work very well, but the wheels are a tad too small. 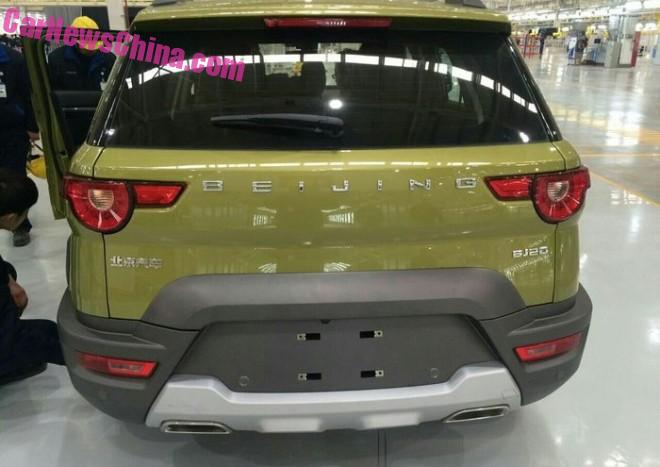 The Beijing badge between the wuzzy lights is cool, but the rear bumper looks far too big and heavy. Taillights inspired by Jaguar. 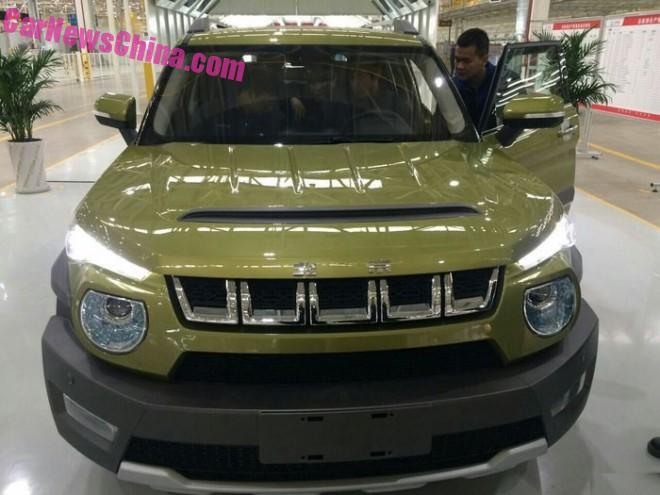 Beijing logo above the grille. 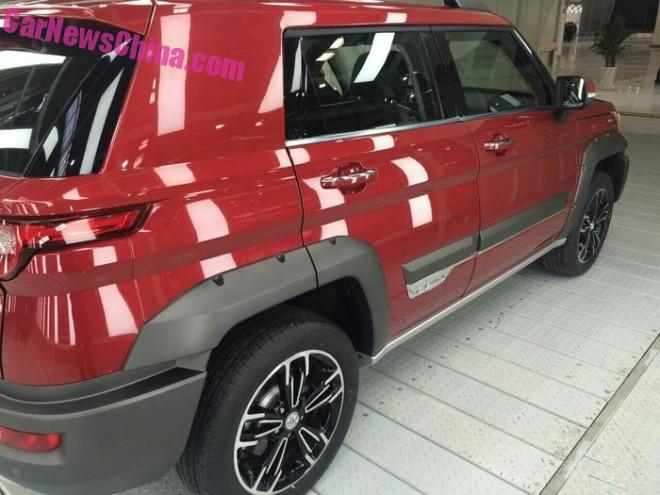