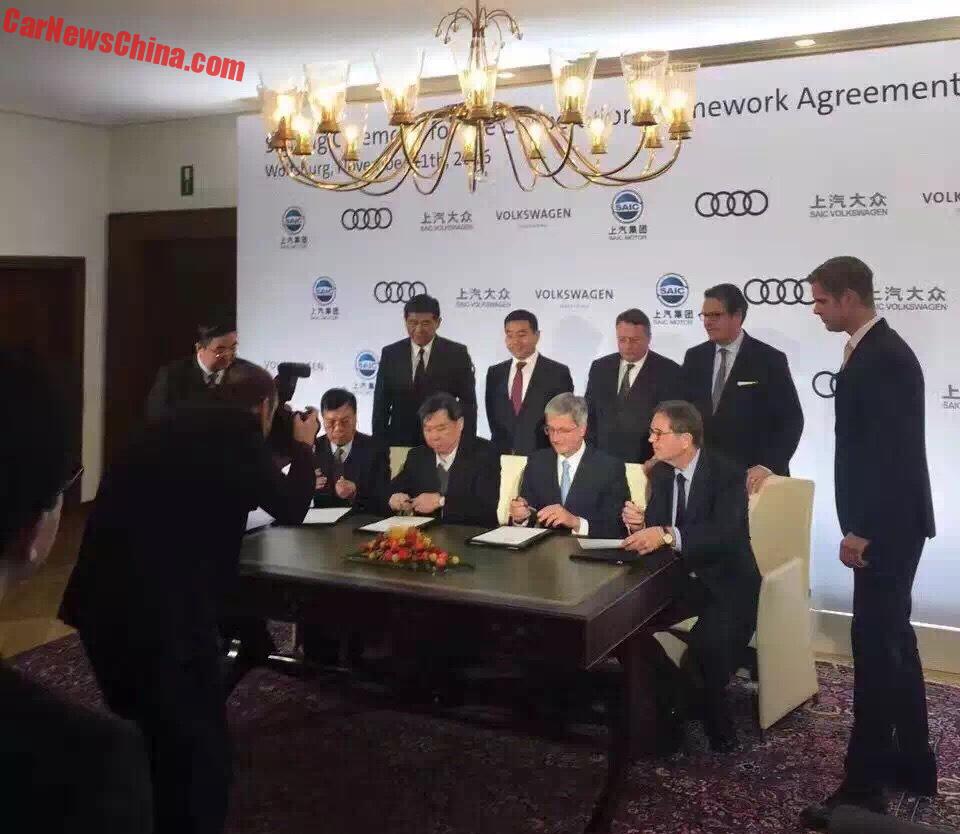 Volkswagen hasn’t announced which cars Shanghai-Volkswagen Audi is going to make. However, based on rumors and some informed guesswork we believe there will be two initially: an Audi variant of the upcoming Volkswagen Teramont (VW Atlas), and a new luxury sedan that will be positioned between the locally made Audi A6L and the Audi A8.

The move to make Audis in Shanghai signifies a closer relationship between Volkswagen and SAIC and a worsening relationship with FAW, which appears unable and unwilling to live up to their part of the joint venture deal with Volkswagen. Recent product launches already told the story: the shiny new Phideon and the above mentioned Teramont both went to Shanghai, with FAW missing out.

Interestingly, Shanghai-Volkswagen has made Audis before. Back in 1985 they trial-produced a small number of Audi 100’s from CKD kits. SAIC however decided they didn’t want the Audi, they thought it would be too expensive to sell, and opted instead for the Volkswagen Santana. Volkswagen then took the Audi 100 to FAW which produced it into 1999, with the many Hongqi variants soldiering on until 2004.

SAIC has apparently changed its mind…