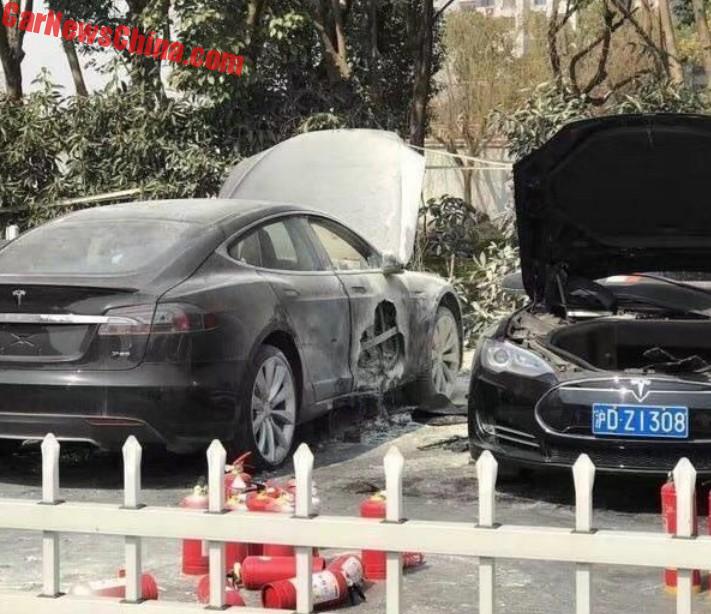 Two Tesla Model S electric cars caught fire at Tesla’s Shanghai Jinqiao super charging station. Nobody got hurt but the cars were heavily damaged. The accident happened four days ago in the afternoon of March 4. What caused the fire is yet unknown.

The fire started in a P85, seen here on the left side. This car was not near or connected to a super charger. The fire then engulfed another Model S, on the right, which was parked next to a super charger, although it is unclear whether it was charging. Note the fire extinguishers in the foreground, at least 10 of them. The charging station was apparently not equipped with any heavier fire fighting equipment. 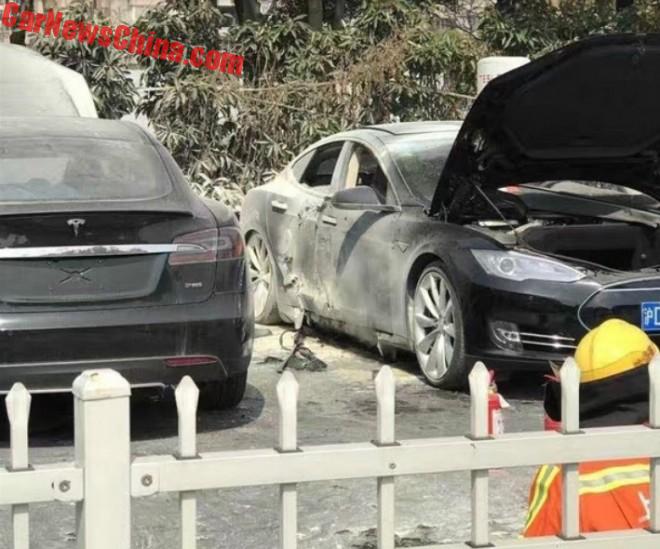 The fire seems to have started in the passenger-front door of the P85. The bonnets of both cars are open. That might have to do with the fireman’s training. In case of a fire in a car, any car, they are trained to open the bonnet and spray the engine with water before they start extinguishing the fire in the rest of the car. They always do it just like that. A common Chinese fireman won’t know there isn’t any engine under the bonnet of a Tesla. Imagine their surprise…

The fact that the cars are parked rear-nose and that the firemen still saw fit to open both bonnets clearly points at their training, and not at an actual fire there. The bonnet and bay of the car on the right does indeed seem to be undamaged, apart from damage caused by the water. 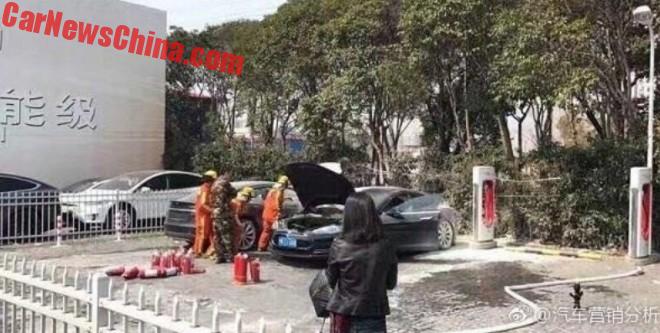 Three firemen working their magic. The man in camouflage is likely a guard. There is a hose visible on the right side, but it seems punctured. In any way, they are not using it. A lone woman is watching. 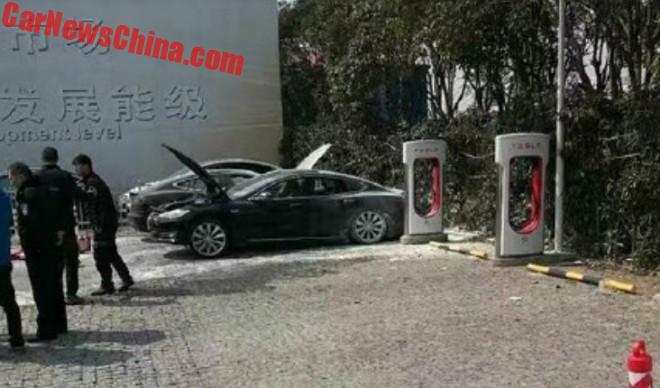 Policemen arrive at the scene. The second car involved was either charging or had finished charging. Its suspension seems to have broken down. 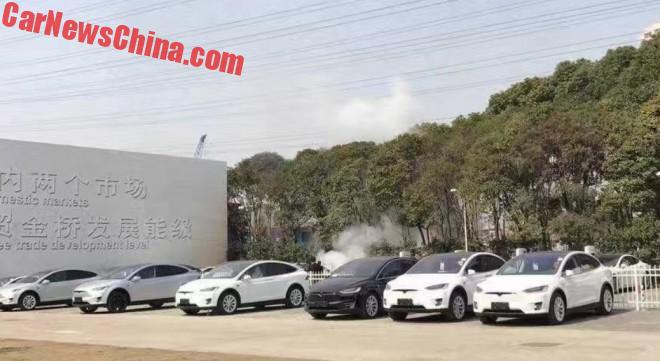 A photo when the fire was still burning. The two Model S are parked behind the line of Model X.

As of today 08/03 Tesla has not released on official statement on the accident yet. 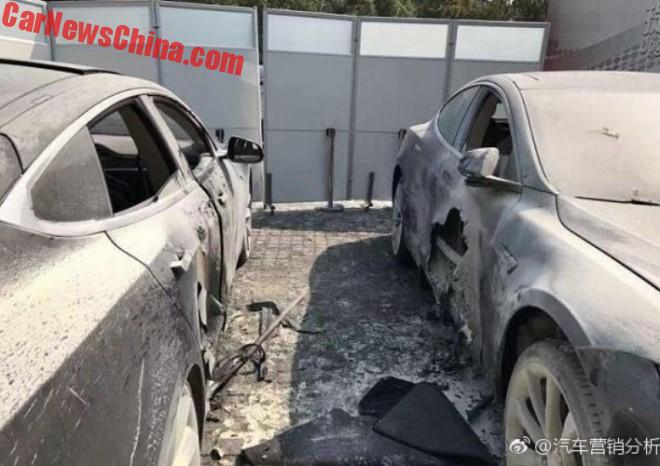 Later on Tesla employees put a make-shift wall in front of the scene. So we are looking at the cars from the other side now. The bonnets are closed. Heavy damage to the door of the car where the fire apparently begun. Interestingly, most damage on the other car is on the right-rear door, but not exactly on the opposite side. 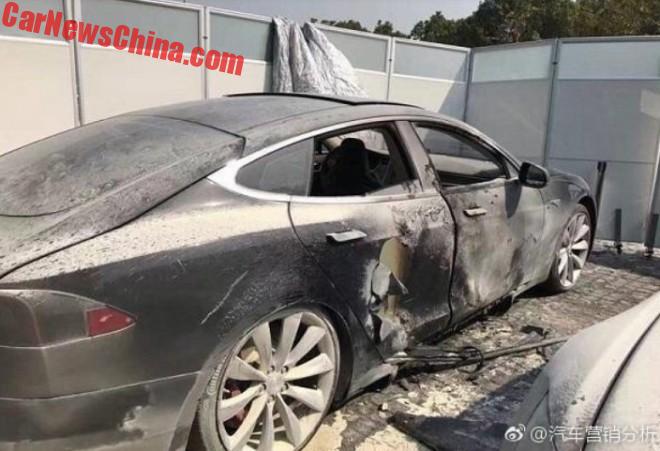 What happened to that suspension..?