Today Tesla announced on its Chinese website the official launch of the Model Y Standard Range and started accepting reservations. The starting price for the Standard Range version is 276 thousand RMB (42 500 USD). The range is 525 km, the top speed 217km/h, and acceleration 0-100km/h is in 5.6 seconds.

END_OF_DOCUMENT_TOKEN_TO_BE_REPLACED

Official deliveries of the Tesla Model 3 in China won’t start before 2019. But China wants it now. And what China wants it will get, no matter what. Happily, the grey import is here to help. [updating story]

END_OF_DOCUMENT_TOKEN_TO_BE_REPLACED 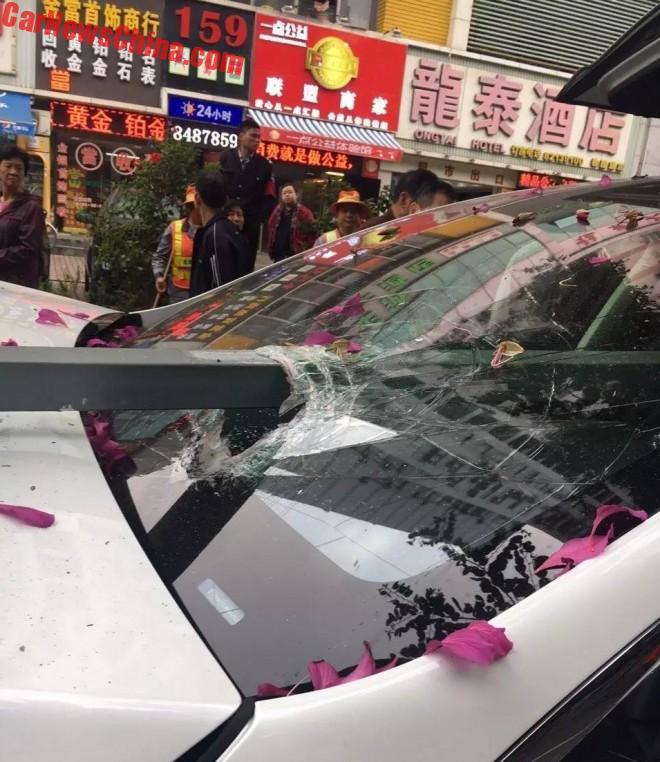 A very strange crash with a Tesla Model X in China. The accident happened a while ago, on January 29 in the great city of Shenzhen in Guangdong Province, but was recently brought to out attention after we wrote about the Model X transport drama. The Shenzhen accident saw a white X crashing into a tree with an iron guardrail penetrating trough the windshield.

END_OF_DOCUMENT_TOKEN_TO_BE_REPLACED 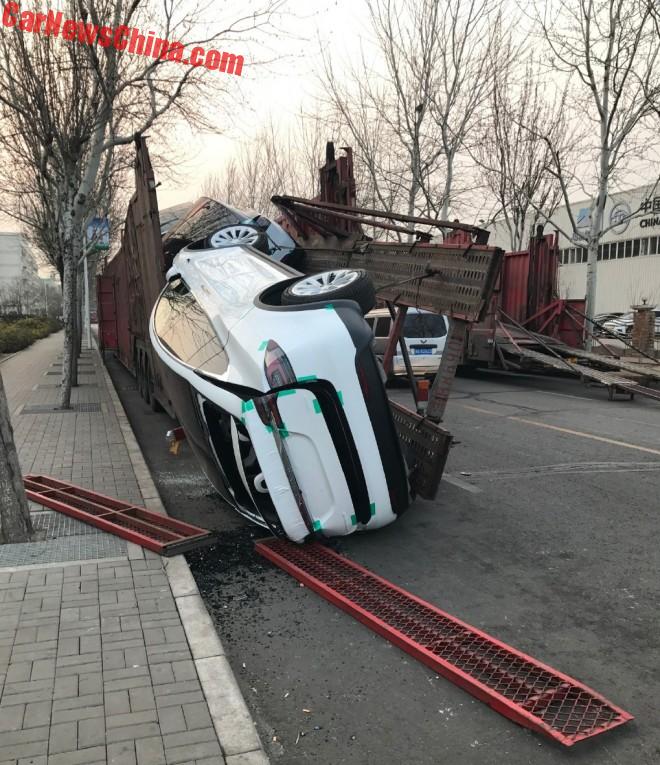 Bad luck for those who ordered one of these two Tesla Model X SUVs; they were dead and destroyed on arrival. The top floor of a large car transport truck suddenly collapsed, sending the two heavy electrics to the bottom.

END_OF_DOCUMENT_TOKEN_TO_BE_REPLACED An accident involving a Tesla Model X. It happened on March 7 in Yiwu City in Zhejiang Province. The big electric SUV bumped into a Ford Transit van, which in turn bumped into two other vehicles. Happily, nobody was hurt. The owner of the Tesla blamed the autopilot.

END_OF_DOCUMENT_TOKEN_TO_BE_REPLACED Two Tesla Model S electric cars caught fire at Tesla’s Shanghai Jinqiao super charging station. Nobody got hurt but the cars were heavily damaged. The accident happened four days ago in the afternoon of March 4. What caused the fire is yet unknown.

The fire started in a P85, seen here on the left side. This car was not near or connected to a super charger. The fire then engulfed another Model S, on the right, which was parked next to a super charger, although it is unclear whether it was charging. Note the fire extinguishers in the foreground, at least 10 of them. The charging station was apparently not equipped with any heavier fire fighting equipment.

END_OF_DOCUMENT_TOKEN_TO_BE_REPLACED More bad news for Tesla in China. Earlier today we heard that they cannot get enough Model X into the country, and now we have a serious crash with a Tesla Model S that had the Autopilot on.

The crash happened on a highway near Beijing. The accident was filmed by the dash cam on board the Tesla, and we have the movie:

END_OF_DOCUMENT_TOKEN_TO_BE_REPLACED A brand new Tesla Model X has crashed in China, damaging the left-front fender, the bumper, headlight section, and the front suspension. The Model X was hit by a BYD F6 sedan on a crossing on an almost empty road in the city on Xinzheng near Zhengzhou in Henan Province.

The accident marks the first Model X crash in China. It happened around 19:00 on yesterday July 28. We don’t know whether the autopilot was on or not.

END_OF_DOCUMENT_TOKEN_TO_BE_REPLACED A very happy Tesla Model S, Spotted in China on the southern section of the Second Ring Road in Beijing. The good Tes’ was wrapped in an eye killing shiny Pink wrap and further sexed up with darkened rear lights, a very dark rear window, darkened side windows, and matte black alloys. The wrap nearly covered the bumpers, mirrors, and door handles; the holy trinity of a proper wrap.

END_OF_DOCUMENT_TOKEN_TO_BE_REPLACED A white Tesla Model X, Spotted in China by Reader Lao Wei, thank you for the pictures! It is the very first Model X seen on the road in Beijing, and most likely one of the first customer cars. The Tesla Model X was launched in May and deliveries started on June 24.