Hongqi H5 Unveiled On The Shanghai Auto Show In China 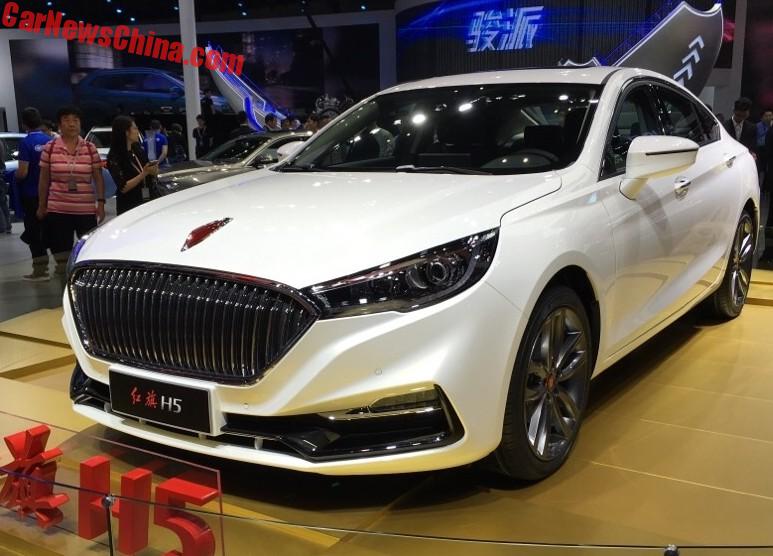 The new Hongqi H5 has been unveiled on the Shanghai Auto Show in China, sporting the red flag ornament on the bonnet, an enormous shiny grille in typical Hongqi style, and even more shine in the bumper. The Hongqi H5 is the production version of the 2016 Hongqi B Concept. 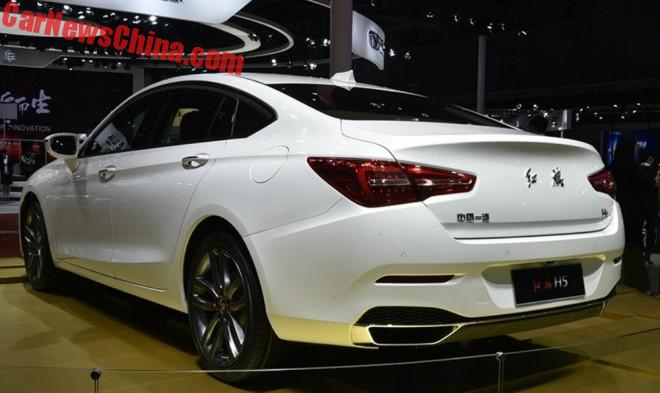 A very sporty shape for a Hongqi, taking the brand into a new design direction.

The H5 based on the Mazda 6 Atenza that is made in China by FAW-Mazda. FAW, or First Auto Works, is also the owner of the Hongqi brand. Hongqi added a new front, a new rear, a slightly different interior, and new badges; and a new car was born. 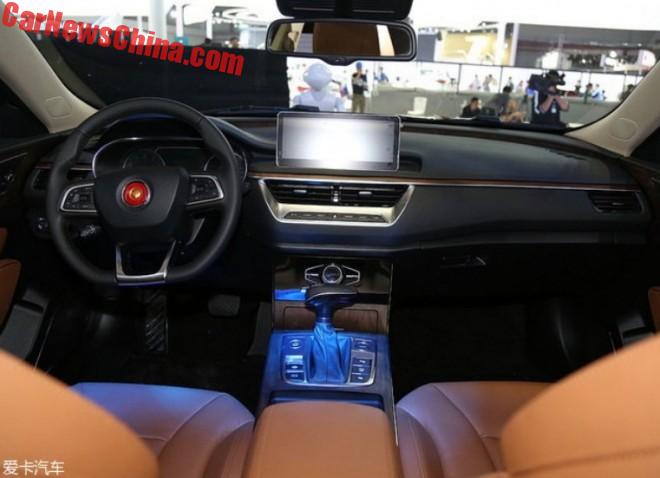 The interior is largely Hongqi’s own design, and a little bit disappointing, not as luxurious as a Hongqi should be. The dash looks almost too simple and materials are okay. There are old fashioned analogue dials and a mid-sized touch screen standing on top of the center stack, seems about 10 inch in diameter. 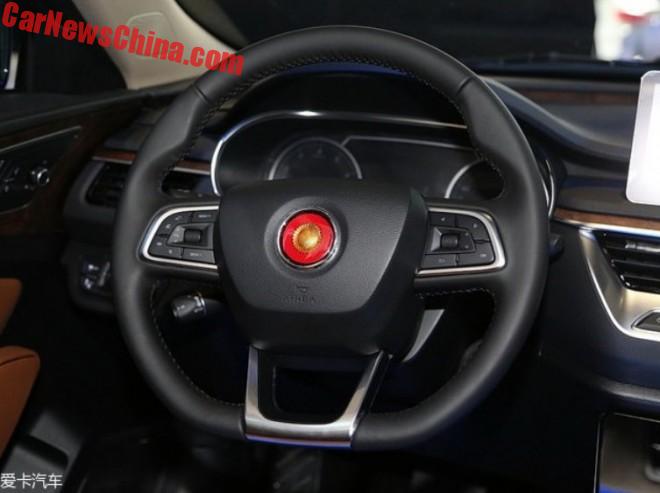 The traditional Golden Sunflower logo in the middle of the whee;. Hongqi has been using this logo on its steering wheels and wheels since the late 1950’s. 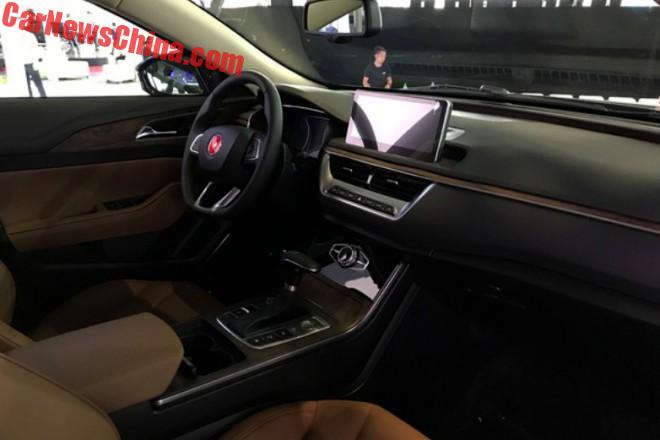 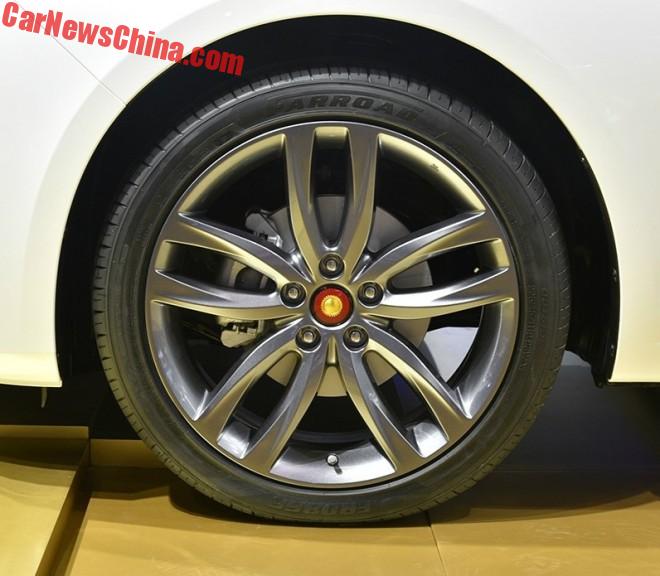 Wheels are classy with the sunflower in the middle again. 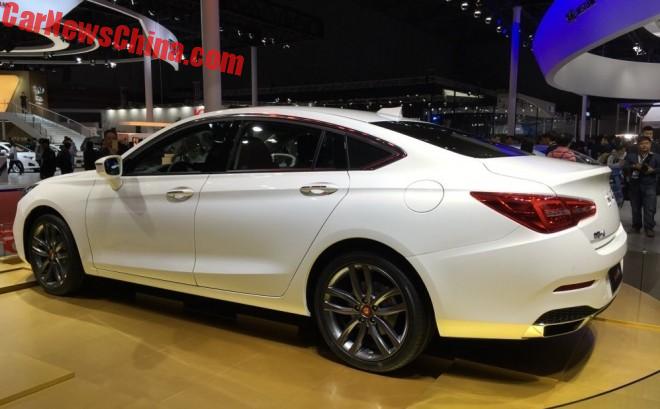 The lights almost reach to the middle of the fender; they are enormous. 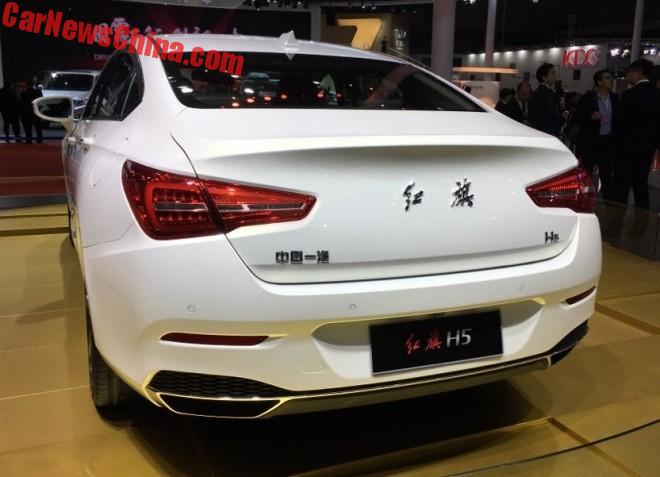 Big Hongqi badge on the back between the lights. Rear end otherwise rather bland. 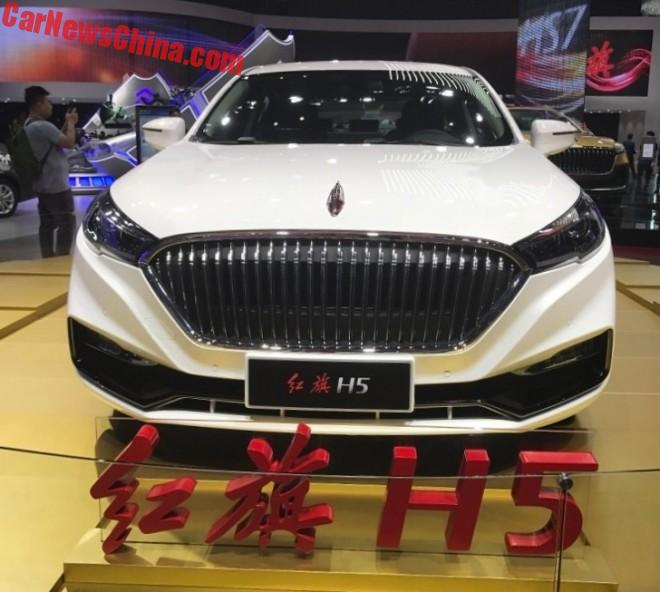 That is a wild ass grille on that Mazda! 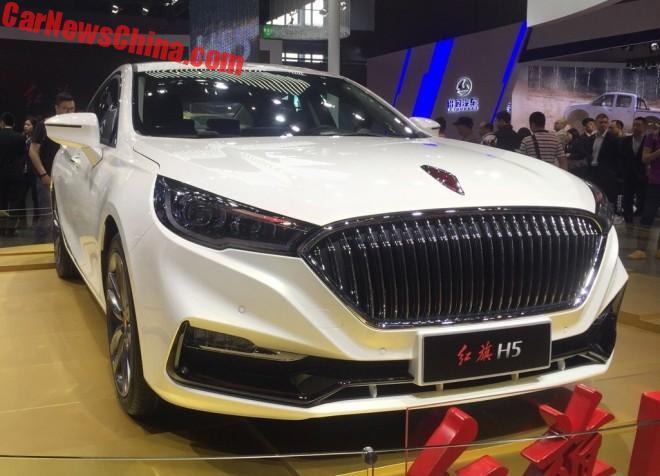 The H5 will hit the Chinese car market later this year, but when exactly is yet unknown. FAW apparently still got some work to do, like figuring out which engines they are going to use.

It is always nice to see a new Hongqi. I love the brand. But it would be so nice if they would once, only once, totally develop a car they could call their own. This re-badging re-grilling simply doesn’t work. Chinese car buyers are very critical these days and the H5 is already been ridiculed by the media. It is strange that FAW doesn’t do anything better with their famous brand, they are swimming in money from their ventures with Audi, Volkswagen, Toyota and Mazda.