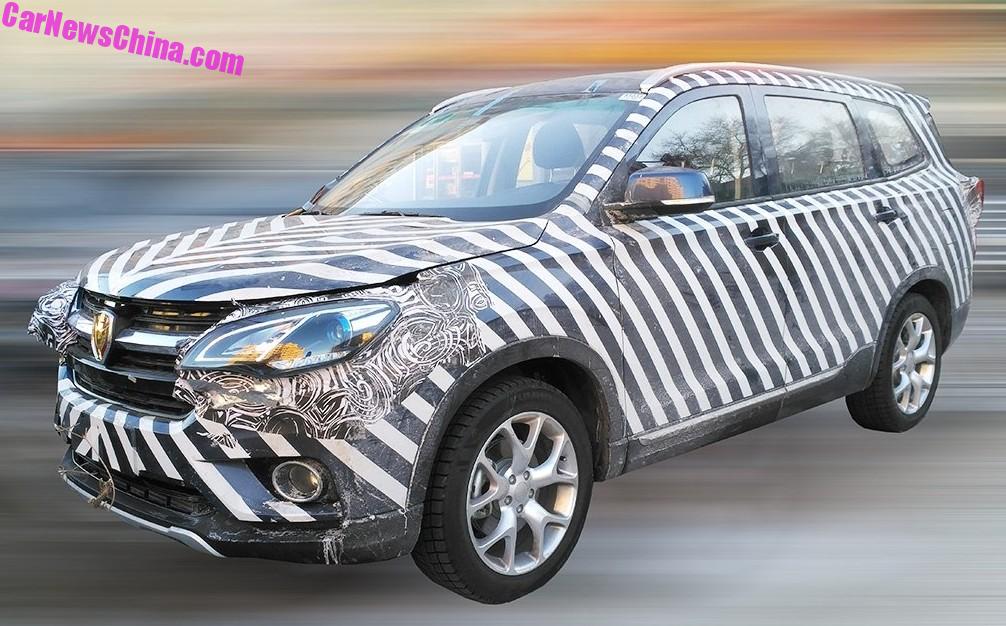 The very first Spy Shots of a new seven-seat SUV for Jinbei. The car is camouflaged but the logo is not. The new yet nameless SUV will debut on the Beijing Auto Show in April, with a launch on the Chinese car market in H2.

Jinbei is a brand under Billiance Automotive. They used to make only minivans and other small commercial vehicles, but they have been moving into passenger cars since a few years. Their most notorious car is the Jinbei Diazi, a clone of the Acura MDX. The new seven-seater will be positioned above the Diazi. Brilliance also has a major car-making joint venture with BMW.

The interior with a 10 inch touch screen, digital instruments, a flat bottomed steering wheel, a manual gearbox, a mechanical hand brake, and sporty seats. Note the Jinbei logo on the steering wheel. Jinbei means ‘Gold Cup’, as in the kind of cub you can win. Their logo thus is a golden cup on a red background. 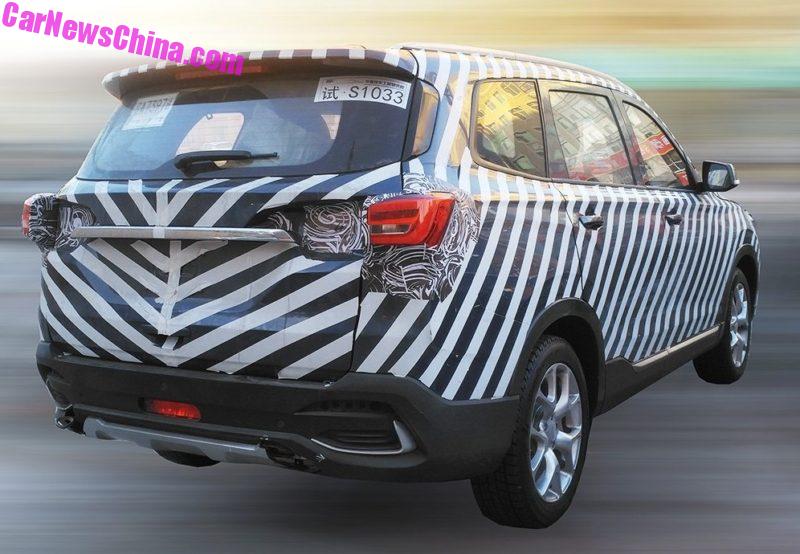