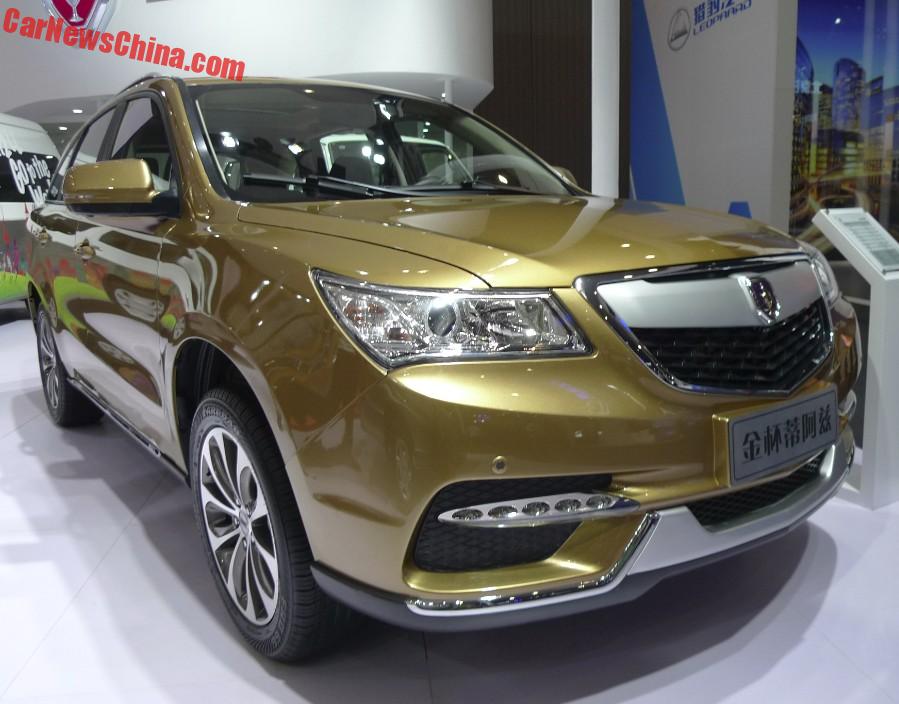 This is the new Jinbei Diazi, it was unveiled on the 2016 Chengdu Auto Show in China. The Diazi is a clone of the third generation Acura MDX (2014-present) and Jinbei was kind enough to paint it in the same color as the Honda Avancier.

However, the MDX was recently facelifted, so Jinbei is already behind. Back to the clone-drawing table! We now also know the English name: Tjatse. Not a joke. Tjatse it is. Husband: “I just bough a new Tjatse honey.” Wife: “Oh. What exactly… are you trying to say?”

This is the real Acura MDX. Check overall shape, side-window line, roof line, roof rails, bonnet shape, headlights, grille, are under the headlights, and bumper shape. Only the pods in the bumper and the lower bumper differ.

Size wise they are very close:

The Diazi will be powered by a 1.5 turbo with 150hp and 220nm, mated to a six-speed manual sending horses to the front wheels. A 1.6 might be added to the lineup later.

It will be launched on the Chinese car market in November. Price will start around 100.000 yuan and end around 140.000 yuan.

Jinbei is a brand under Billiance Automotive. They used to make only minivans and other small commercial vehicles, but they have been moving into passenger cars since a few years. The Diazi is their largest and most expensive car so far. Brilliance also has a major car-making joint venture with BMW. 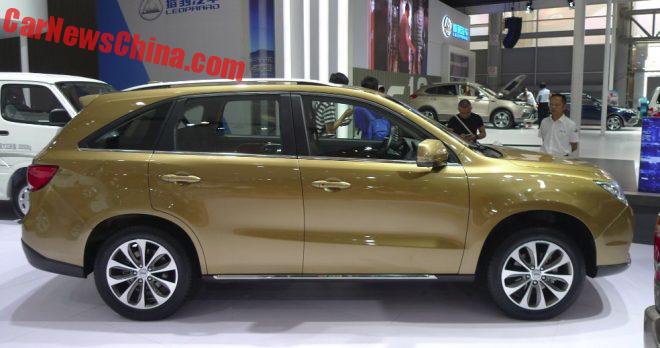 You just can’t see the difference from the sides. Look for example at the C-pillars. And the roof rails. And the rear spoiler. And the doors. And the lights. Everything. But the mirrors on the Tjatse are a bit bigger. 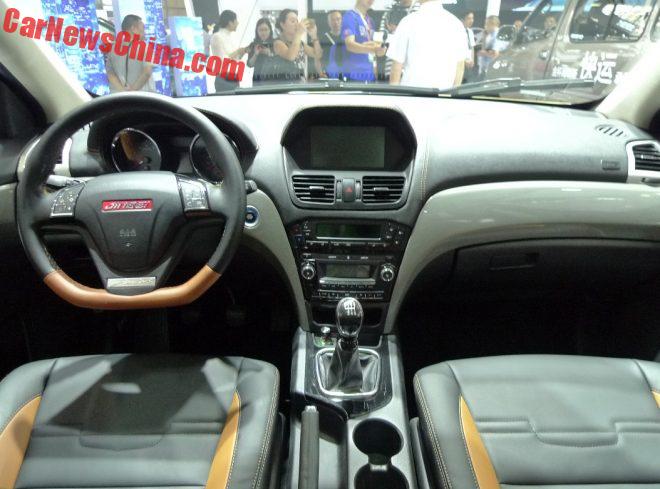 The dashboard is interesting. Jinbei didn’t copy the third generation MDX. Instead, they went for the second generation (2007-2013). Thanks to LH for pointing that out in the comments of out earlier article on the Tjatse. 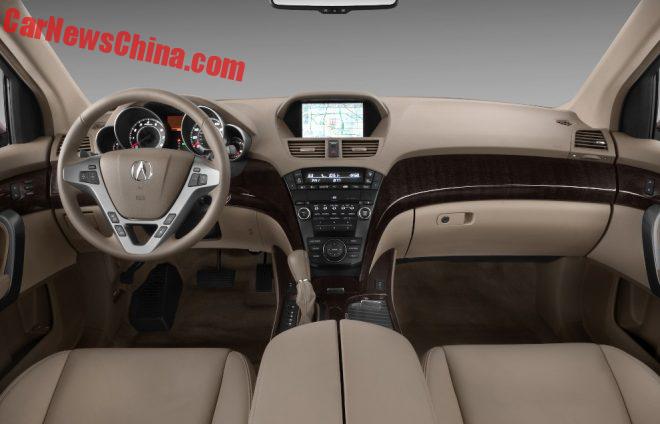 Second generation MDX. Note the overall design, the instrument pod, the middle pod, the air vents, and the buttons on the center stack. The third generation was likely too complex for Jinbei. 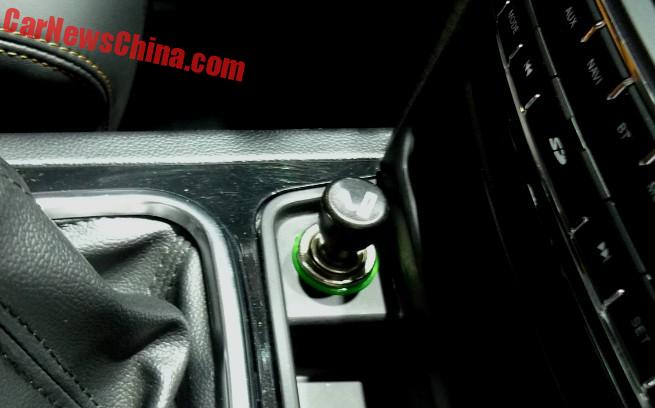 There are a few differences. The Tjsatse has a large and clearly market cigarette lighter. Jinbei is showing its commercial-vehicle roots there, where its customers are mostly chain smoking Chinese construction crews. 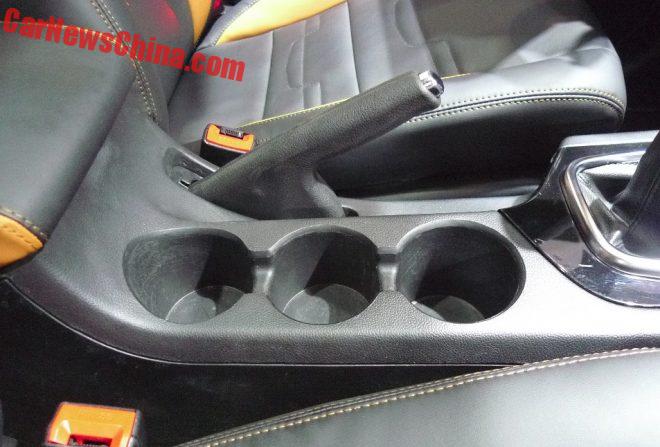 This too is for the crew, three cup holders! Can fit a 0.5 liter beer bottle. Build quality is shabby at best. 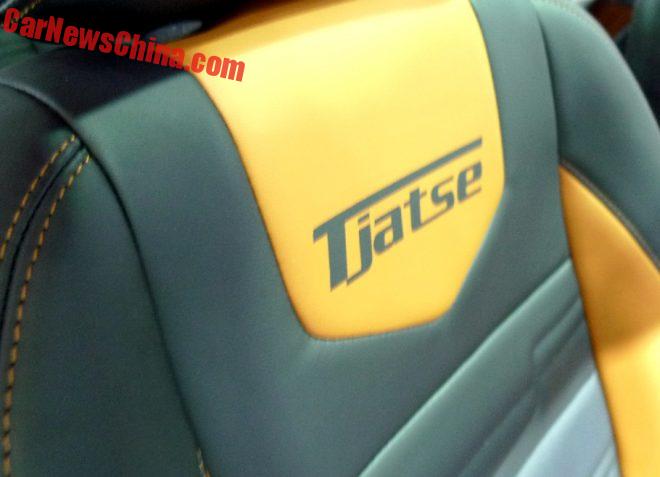 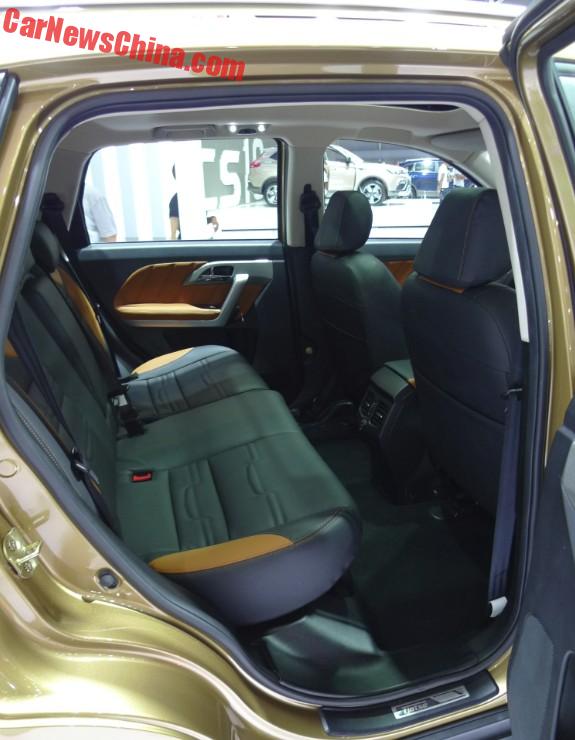 Enough space on the bench. 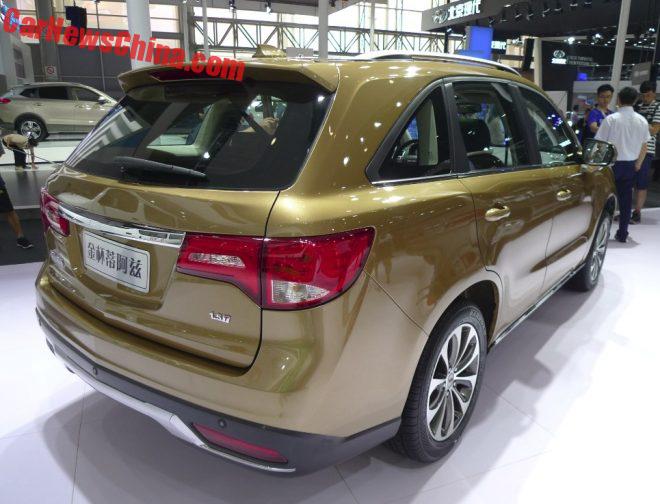 There we go again for another round. Check: roof spoiler, roof shape, rear window shape, rear door shape, rear lights shape, chrome strip between the lights-shape, and the bumper shape. Only the windshield wiper and the fog lights in the bumper differ a bit. 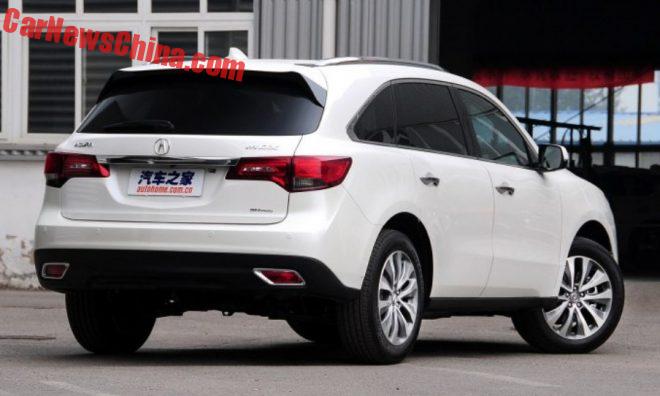 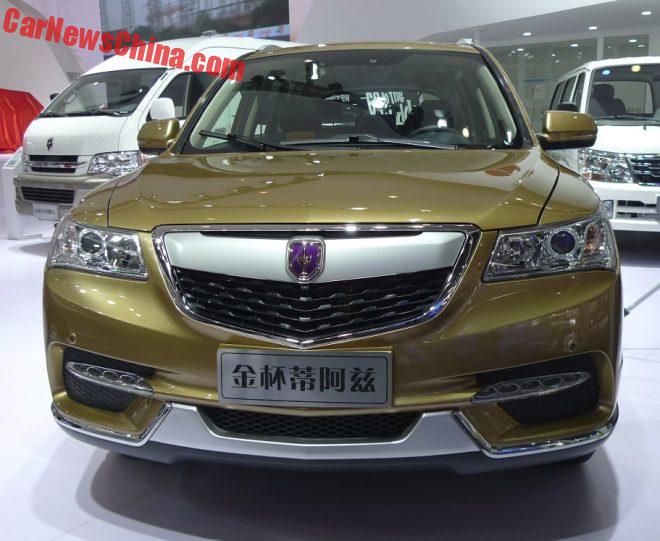 Lot of shiny and a purple background in the Jinbei badge. Jinbei means Gold Cup, as in world cup. 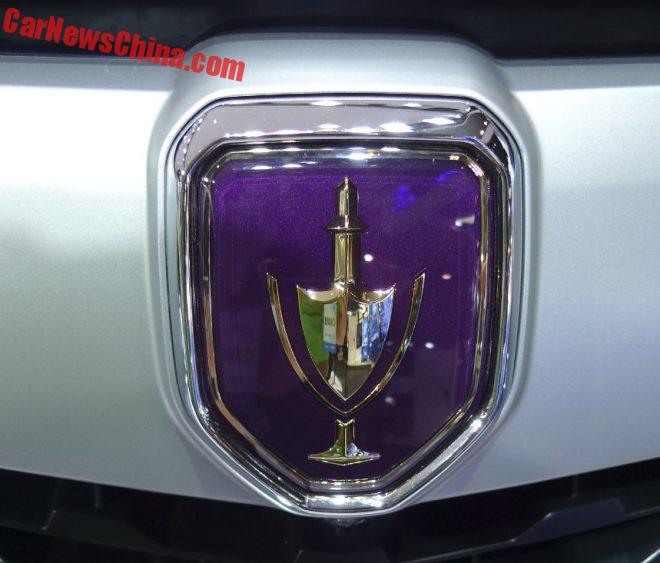 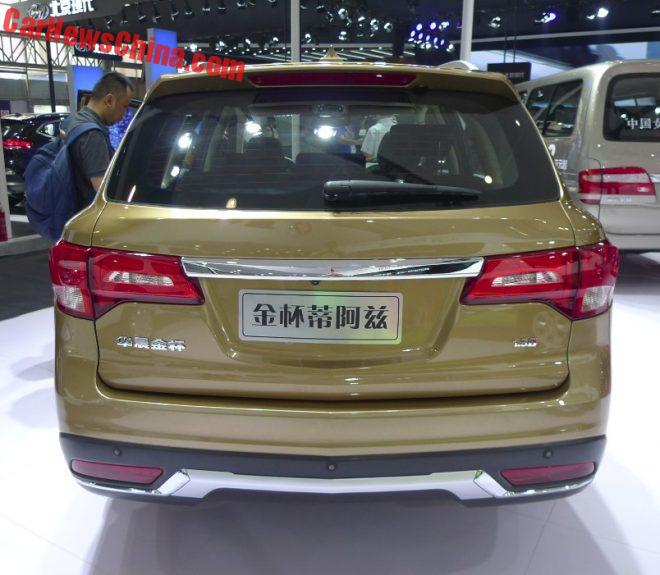 Strangely no badge on the back. But convenient, buyers can stick on an Acura badge easily.