The New BYD Qin Sedan Is A Beauty And A Hybrid 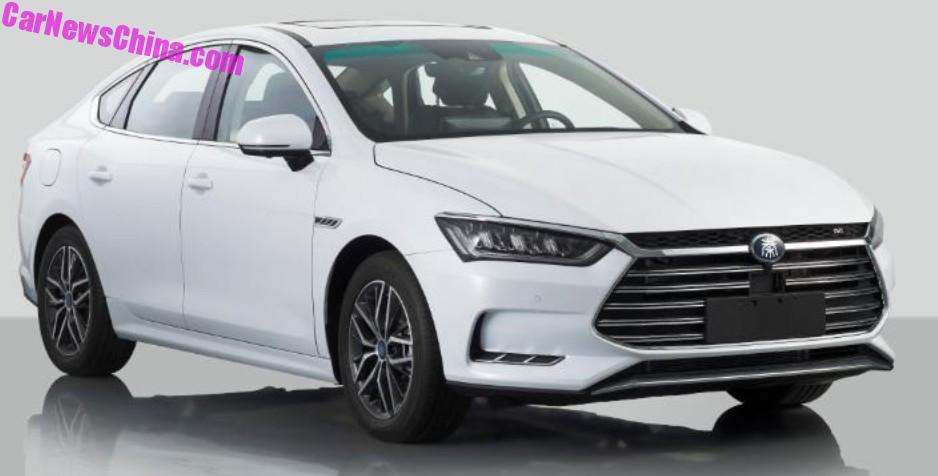 This white pretty is the new BYD Qin, a sporty plug-in hybrid sedan. It will debut in April on the Beijing Auto Show and launch on the Chinese car market soon thereafter.

The new Qin will initially launch as a hybrid, but full-electric will be added to the lineup later. The hybrid drive train consists of a 151 hp 1.5 turbo petrol engine and an electric motor with a yet unknown output.

The new Qin gets the new BYD family face that we also saw on the Song Max MPV and the upcoming Tang SUV. 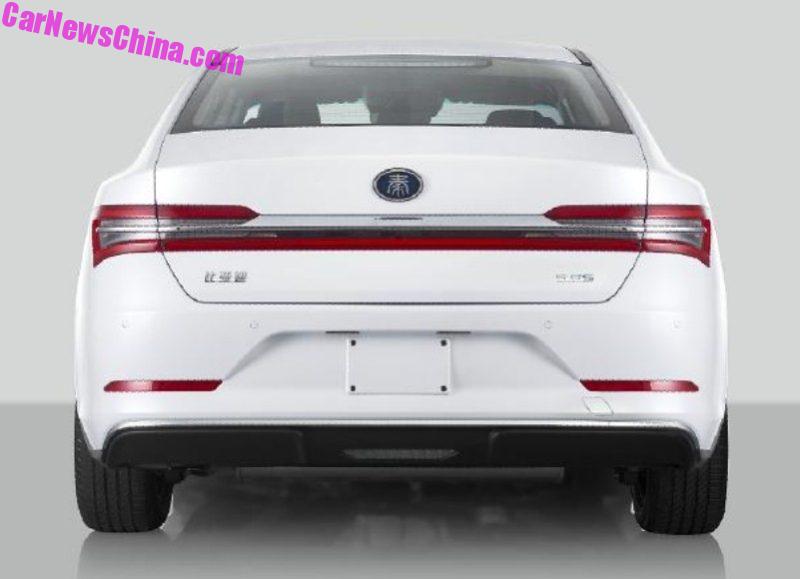 A very clean behind, very restrained for BYD, or for any Chinese automaker really.

The new Qin will get a badge showing off its 0-100 time, just like BYD’s other speedy hybrids. 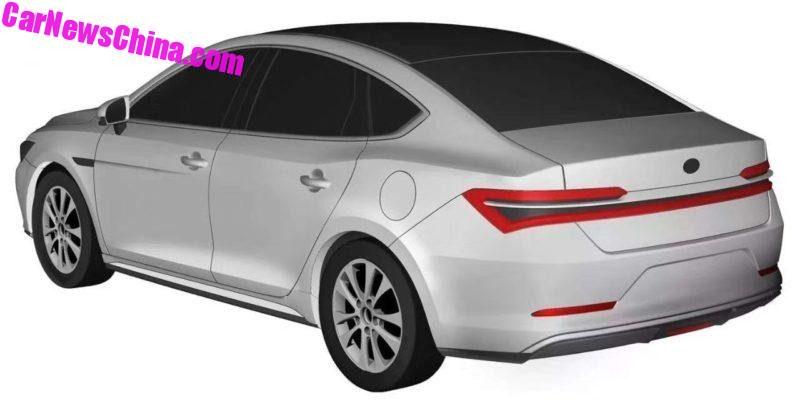 Seen from 3/4 behind in an earlier patent drawing. 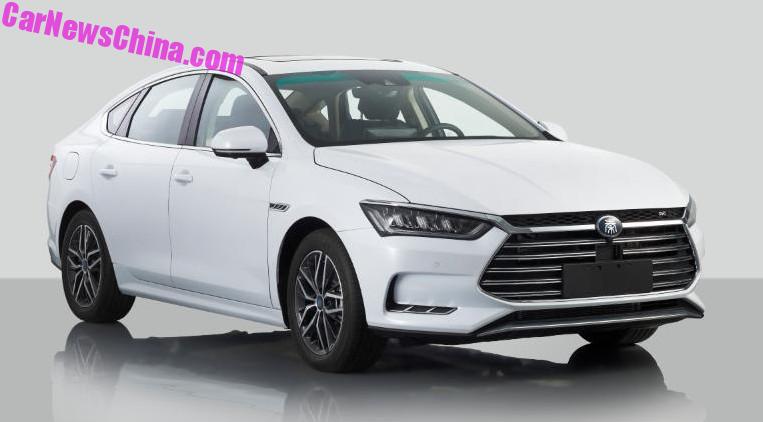