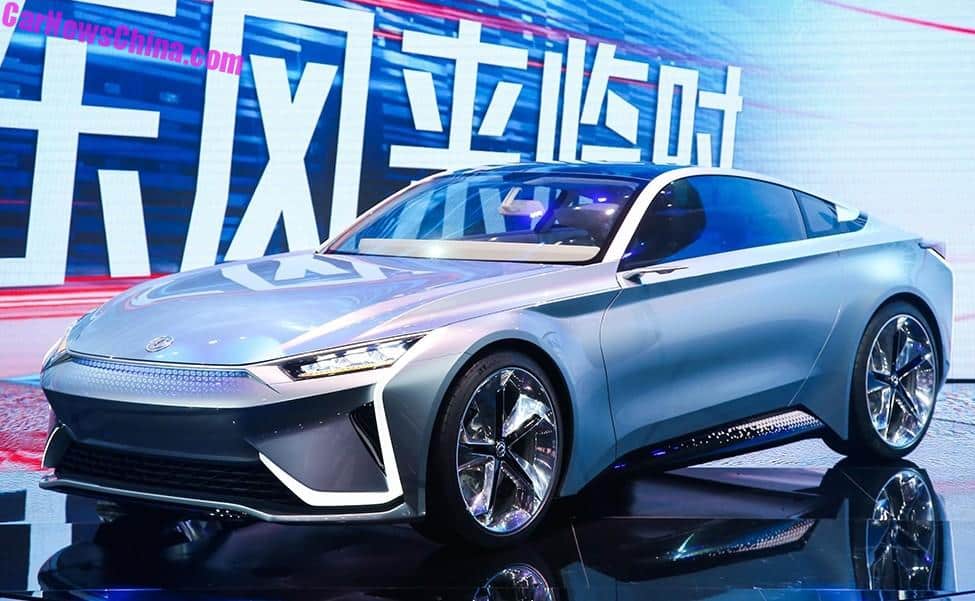 This stunning speed is the new Dongfeng eπ concept car, unveiled one day before the start of the 2018 Beijing Auto Show. The name is a bit wuzzy, the e stands for electricity, as the eπ is a plug-in hybrid. The π is the Greek letter Pi. The Pi is popular in Chinese these days, Yudo Auto is also using it, as a name for their electric crossovers.

Beautiful lines, typical coupe, with a long bonnet and a short end. It looks a tad like a mix of various recent Infiniti concept car and that is likely no coincidence, as Dongfeng makes various Infiniti cars for the Chinese market. Perhaps they were inspired by their partner’s work. 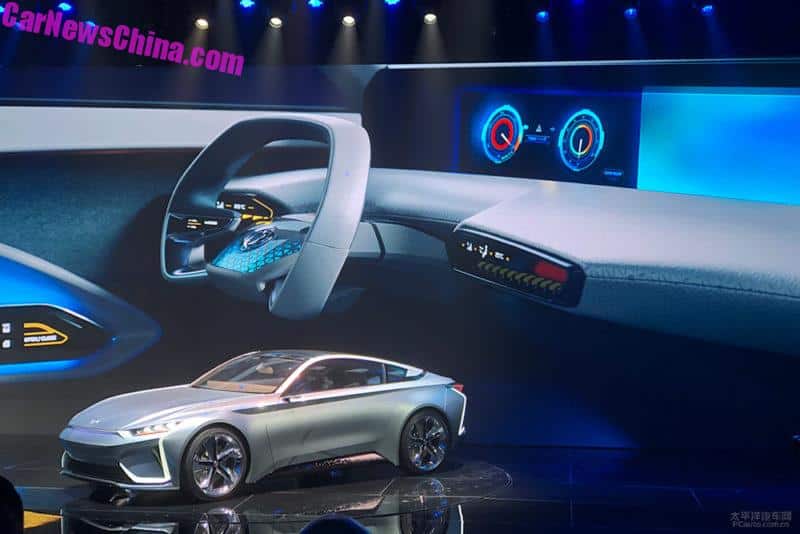 The main goal of the eπ was to announce the new Windlink 3.0 artificial intelligence system and the Du’er operating system. Both systems have been developed in cooperation with Baidu. Dongfeng will roll out an early version this year, an updated version in 2019, and the full version in 2020.

What the systems do exactly is still a bit of a mystery, but it includes autonomous driving and all sorts of connectivity. They did say that the systems include a new capacitive touch screen, powered by a quad-core processor, 4GB memory, and 32 GB storage. 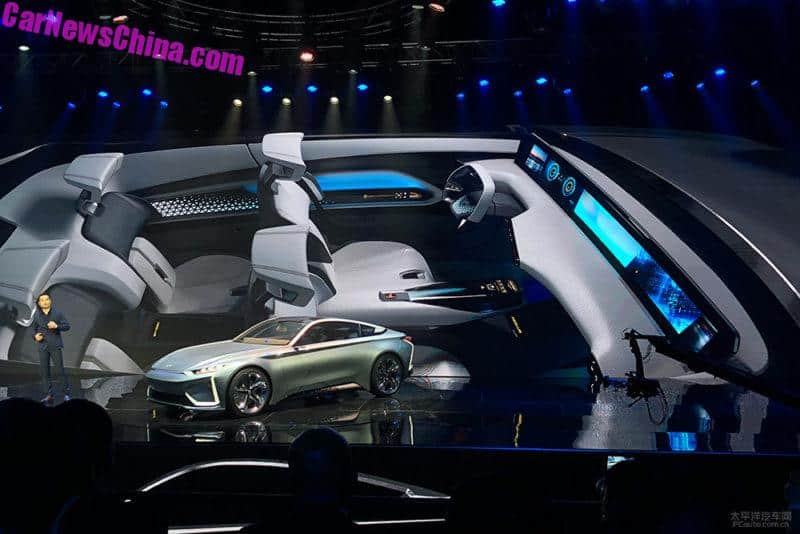 They didn’t say much about the eπ either, except that is can do 500 kilometer in EV mode and 1000 kilometers in PHEV mode. It has four seats and an incredible full-width screen. 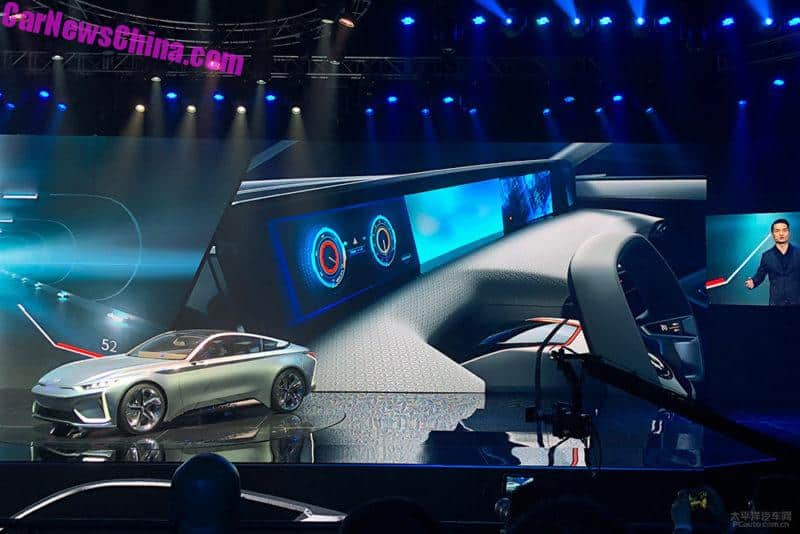 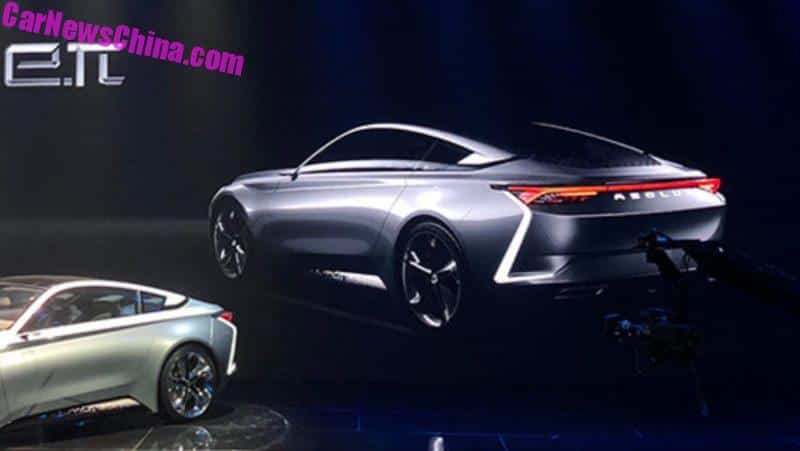 Although the car stood on a turning platform the platform didn’t turn. So they only image of the rear we have is the one seen on the backdrop. Interestingly, it has the Aeolus name on the back, which is the English name of Dongfeng’s Fengshen brand. 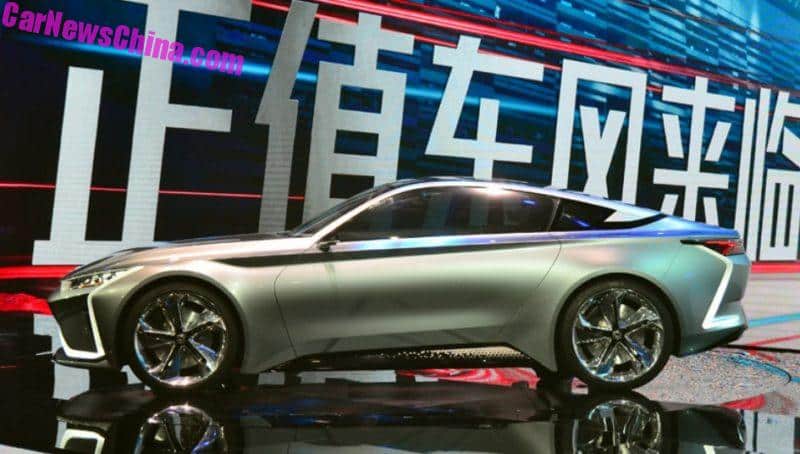 It seems unlikely we will ever see the eπ on the road, but hopefully we will see some design elements in future SUVs and crossovers. 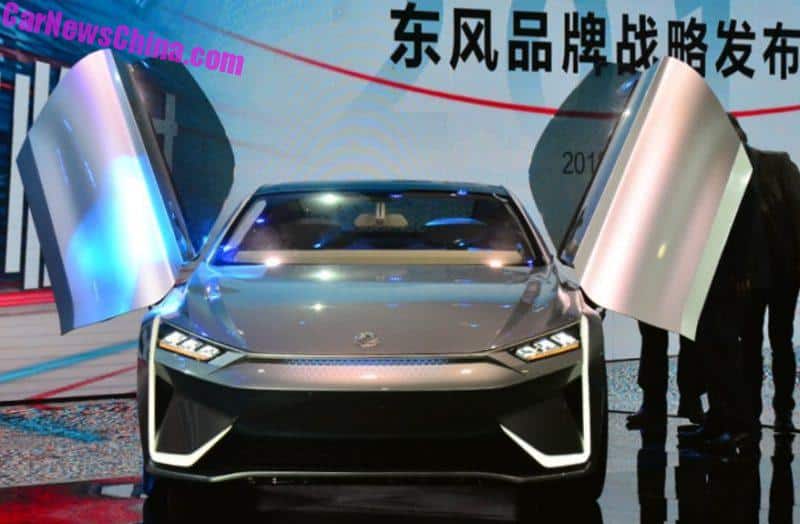 Nice doors. Note the old-school rear-view mirror, that’s pretty rare on this kind of concept car, they usually have camera’s to look out back. 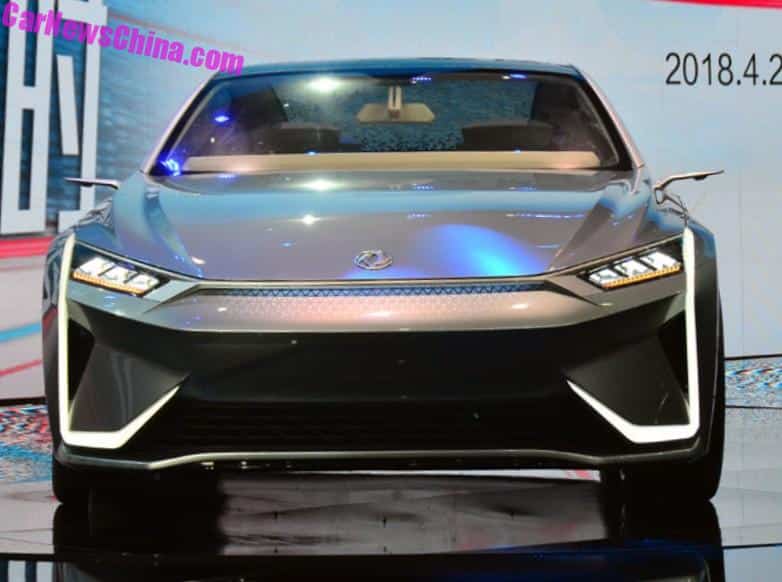 Dongfeng badge on the bonnet. 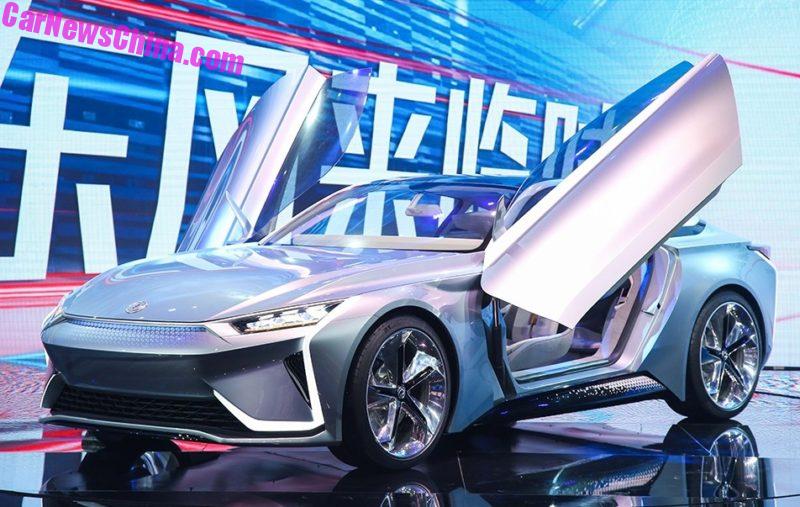