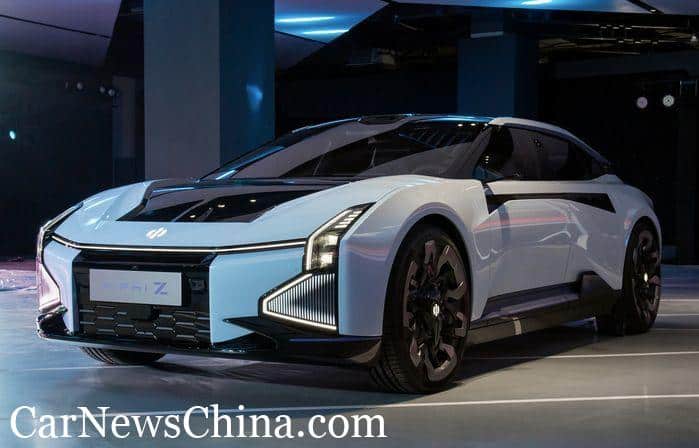 But Human Horizons is not slowing down and preparing the launch of another sci-fi car. On Nov 6, the HiPhi Z was positioned as the new flagship sedan, with 95 percent of the design work completed and expected to launch next April at the 2022 Beijing Auto Show officially.

The taillights feature through design and digital vision, while the HiPhi Z also features an active rear wing that automatically lifts and lowers to improve aerodynamics.

The interior design of the HiPhi Z is similar to that of a concept car, with a floating LCD screen that can rotate at any Angle, the dashboard integrated into the steering wheel, and the overall LCD meter size relatively small.

The HiPhi Z’s powertrain was not announced.