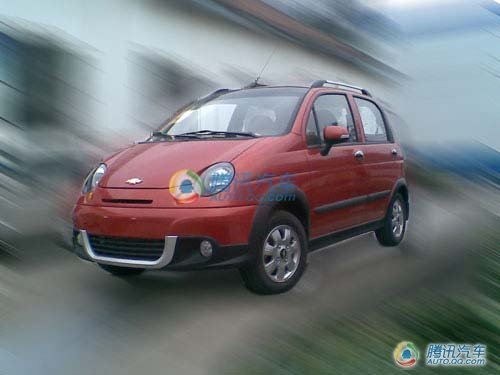 Shanghai-GM can’t say goodbye to its old Spark. Some said production would be over soon but this machine proves otherwise. It is a cross-kind-of-a-thing with the usual cross stuff  to make it more ugly. Roofrails, check. More plastic on the bumpers, check. Dark plastic around the wheel arches, check. Roofrails, check. 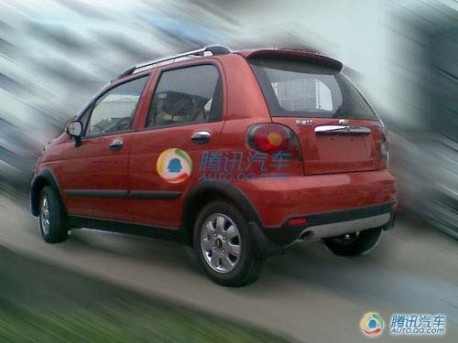 Ain’t done yet: plastic protective plates under the rear bumper, check. some black stuff in the rear light clusters, check. That seems all. Who on earth would by this? Like many automakers in China Shanghai-GM is looking to get the young and cool in car. Automakers so far mostly focused on families but that now is changing. A question though, remains: if I was a cool 25-year Chinese man, would I buy a Shanghai-GM Chevrolet Sprak Cross? The answer is a sad one: I problably would. ‘Cool’ has a different meaning around the globe… The vehicle will debut at the Beijing Auto Show in April.