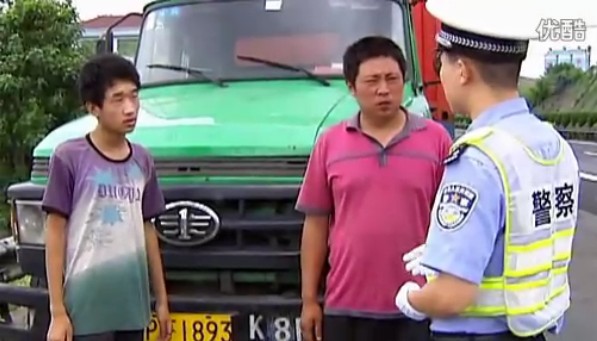 An interesting catch for the highway police in Zhejiang Province in China. One truck driver looked a bit young, when the police stopped the truck the driver turned out to be only 11 years old. The co-driver was older, they told police they had been riding their FAW truck together for over a year.

The boy so was ten when it all started. Both drivers are in custody. The 11-year old will likely get off with only a reprimand. Police can’t take his license ’cause he doesn’t have any. The other driver however might be less lucky. Movie behind the jump: