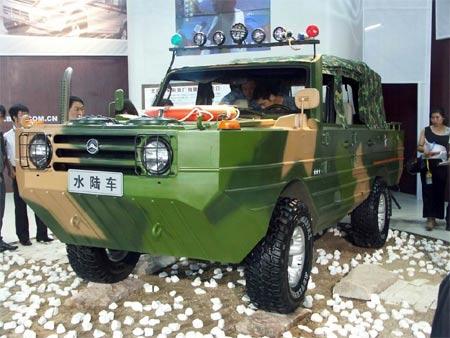 Here we have a very fine vehicle from Beijing Auto Works (BAW). It is called ‘Flagship’, a fully amphibious vehicle based on the BJ2032S 4×4. The Flagship was developed in the late ’90’s and originally intended for the Chinese army but they didn’t really want it, they bought a few hundred but found it far too slow. 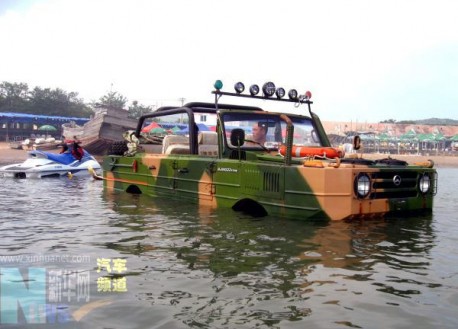 Nowadays BAW sells the Flagship to everybody who wants it, most buyers are tourist resorts and watersport-holiday-companies. Kinda sad for such a brute piece of old-school Chinese hard-core machinery. It is indeed easy to imagine some big guns on the bonnet.

The Chinese name of the Flagship is Shuiluliangqi, which simply means ‘Amphibious vehicle’. Such easy names do fine in China but not in the bigger world, BAW therefore decided to use the rather cool sounding ‘Flagship’ as the vehicle’s English name. 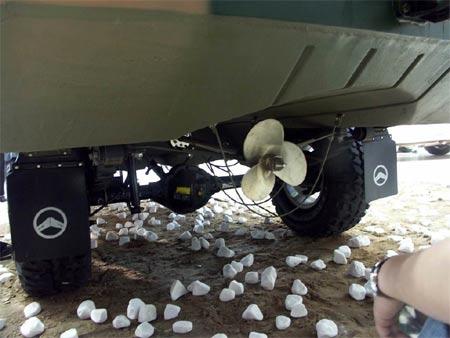 Single screw at the back, screw seems on the small side. 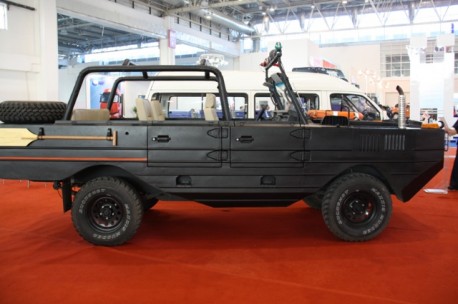 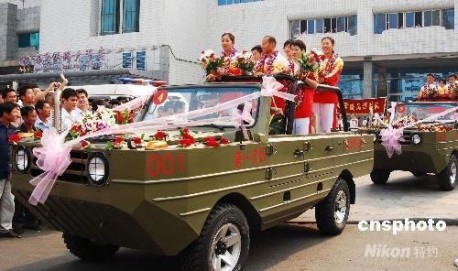 The Horror! Chinese athletes who won something are paraded around town in the mighty Flagship. That’s where they think it is good for… 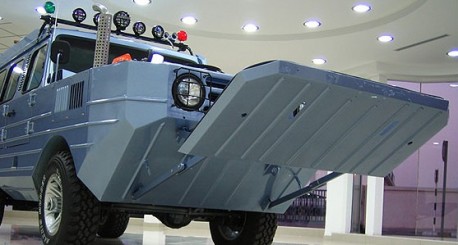 BAW also sells a variant with a hard-top and a shovel up front, it is used to get on high beaches more easy, basically works as a ramp.

The hard-top is used by Chinese border-patrol troops. Found one pic: 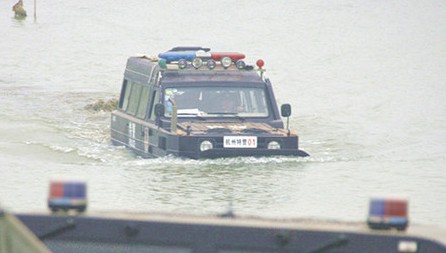 Much better indeed, but still no guns. 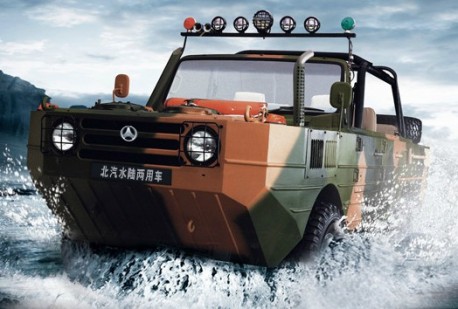 This pic comes from BAW’s website. Flagship in full swing at sea, but there ain’t no driver.

That’s more like it. This is in Sanya, a beach city in Hainan Province.

We end this story with this horrible banana-yellow example.