Spotted in China: Hyundai Tucson with an Iron Cross 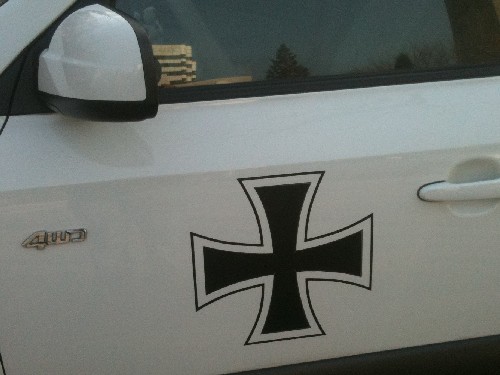 This one could call an strange decoration on a crappy South Korean SUV in China, a Tucson it is indeed. It was a sticker, there was one on the other side as well, depicting the German Iron Cross. Although used by the German army since the early 1800’s it became a symbol of terror in the Second World War when is was widely used on medals given as awards to German soldiers and ‘members’ of the Waffen SS. Question should be: did the owner of the Tucson know all this, or not..?