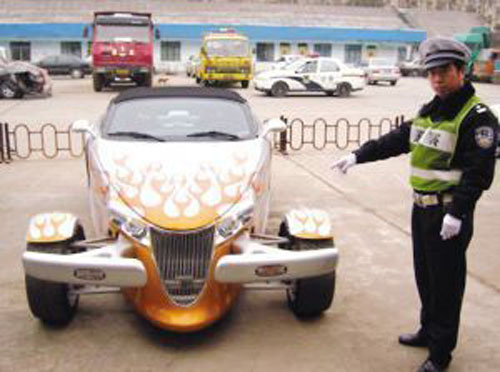 Here we have two very funny old pics. Date is 18 February 2009. Police in the great city of Nanjing impounds a very flammable Plymouth Prowler. Officially because the thing had no license plates but also because police had no idea what kinda car it was. They called it a “weird American sports car” which for sure it is. 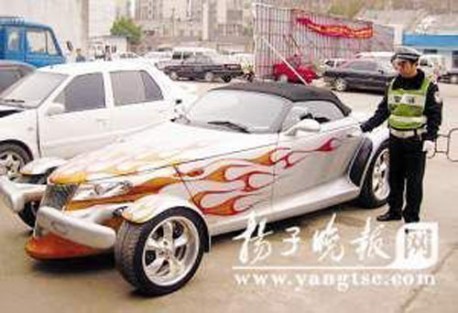 Chrysler never sold the Prowler in China but some made it to eager Chinese buyers through the grey circuit, it is believed that there are some five Prowlers on the whole Mainland. According to the story this particular car came originally from California. Nanjing police tried to stop it first at a traffic light but the Prowler made a run for it. Later on police managed to catch their prey elsewhere. The driver was arrested and the Prowler impounded.

What happened next we unfortunately don’t know but the article states that the owner had to take the Prowler trough proper inspection to get a vehicle-license and plates. Hopefully the owner did all that, after paying a no doubt hefty fine, so this maniac Prowler still drives around somewhere