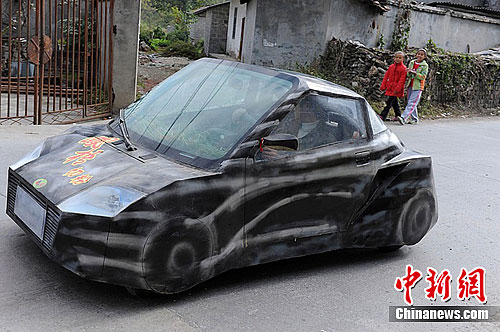 This beautiful automobile is the brainchild of Mr. Liang Binghai, 23 years of age, living in the great city of Nanning in Guangxi Province. After graduation from ‘technical school’ Mr. Liang could not find a job, he therefore decided to make his own car. 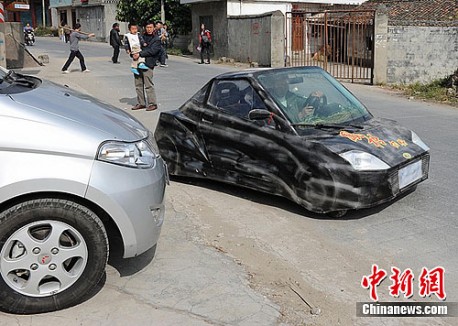 Work started in 2009 and was only finished in December. Mr. Yang spend 10.000 yuan on his pet project, or 1590 US dollar. It doesn’t really have a name, it is simply called ‘amphibious car’ because that’s what is is, at least according to Mr. Yang. 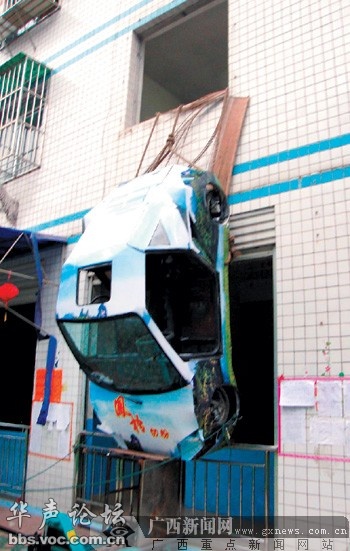 This pic was taken during the building process, the car’s body is made of various sheets of metal that don’t seem to have much connection. Not so sure whether the water will stay out…

The car is hanging outside a building because Mr. Yang’s apartment was too small to accommodate the whole car. After he finished the drive-train, which consist of a motorcycle engine that powers the rear wheels, Mr. Yang continued his good works outside. 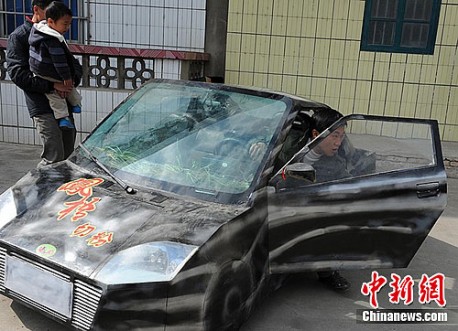 Mr. Yang seems to be a bit of a strange man. In an interview with a local newspaper he explains that he completely locked himself up for tow years to work on his masterpiece. He said he worked for 18 hours a day and some days didn’t sleep at all. The only time he asked a friend for help was when he had to hang his car outside, see previous pic.

He ‘designed’ the old fashioned way, with pencils and paper, no computer was used during the whole project. When Mr. Yang started drawing he had a sportscar in mind, something like that crazy Audi from the movie iRobot. 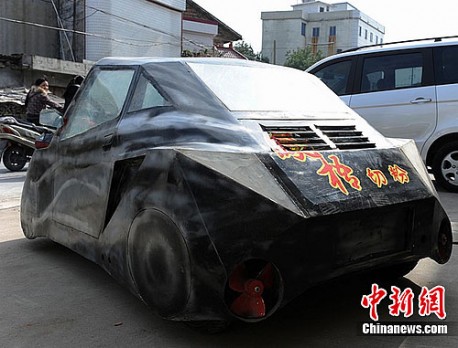 But after two years of seclusion his moment was finally there. The first test drive was on December 5 and everything functioned well. The car hasn’t been in the water yet, Mr. Yang wants to try that in May, after some more ‘modification’ are made.  Engine is in the back, note red propeller. 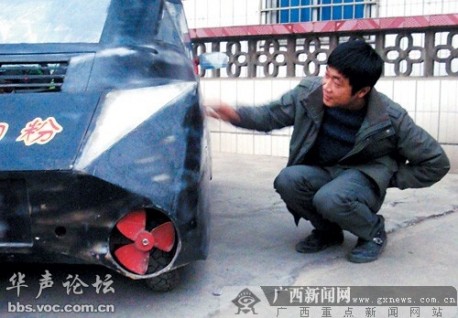 Via: VOC.com (interview) and China.com.