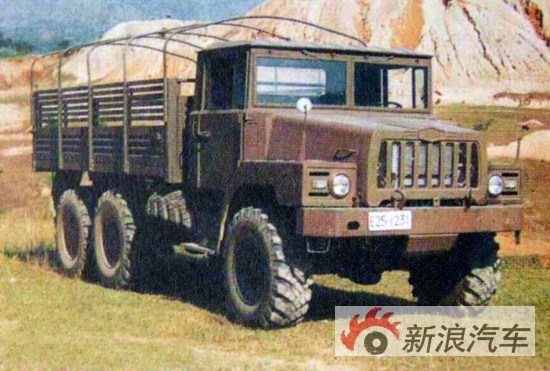 A late Monday evening in a extremely foggy Beijing. I better stay inside to write about the history of Chinese cars! Today we have a beautiful truck. This is the mighty Dongfanghong DFH665 army truck, Dongfanghong means ‘Eastern Red’. Production of the DFH665 started in 1967 and that made it officially ‘the first Chinese heavy-duty off-road vehicle’. 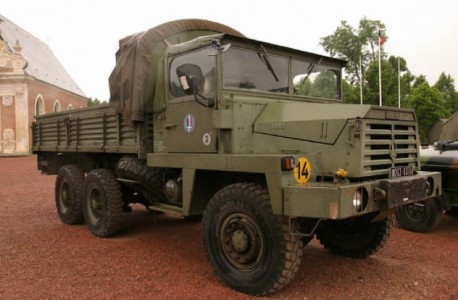 Completely Chinese however it wasn’t. The DFH665 was based an a reverse engineered on a Berliet GBC 8KT from France (pic). One example was somehow imported into China in 1964. 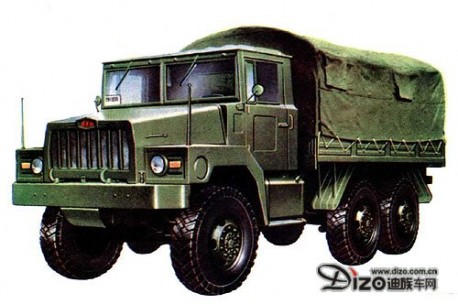 The Dongfanghong DFH665, here on a drawing from a factory brochure, was made by the First Tractor Works, also, incorrectly, known as the First Tractor Factory. The factory stood in the great city of Luoyang in Henan Province. ‘Development’ was finished in 1966 and small-batch production started in 1967, mass-production started still three years later in 1970 and lasted until 1974. 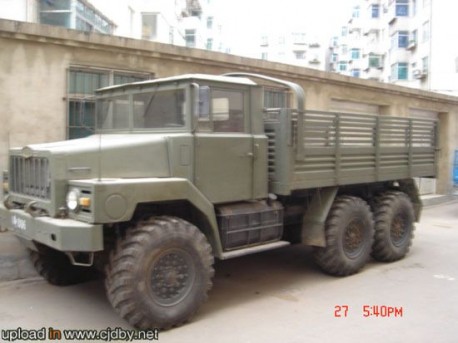 One very rare DFH665 that still exist today. The Chinese army doesn’t use ‘m anymore but fortunately some ended up in museums and private collections.

The DFH665 was designed for military use, just like the Berliet. The DFH665 was strong enough to tow a 130mm canon or 152mm howitzer. Power came from an air-cooled Tatra diesel engine from fellow-Communist country (then named) Czechoslovakia . The early engines were imported and local production in China started in 1969. This Tatra engine would be used in many Chinese trucks in many years to come. 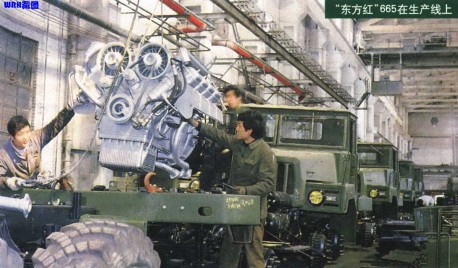 A look at inside the factory, just when the engines came in. Pic is probably colored-in later since there weren’t many color-camera’s in China in those days.  Well, a great warrior-truck this Dongfanghong DFH665 is, more trucks on Carnewschina soon later…