Safe the Children: the Kinglong ‘Smart School Bus’ from China 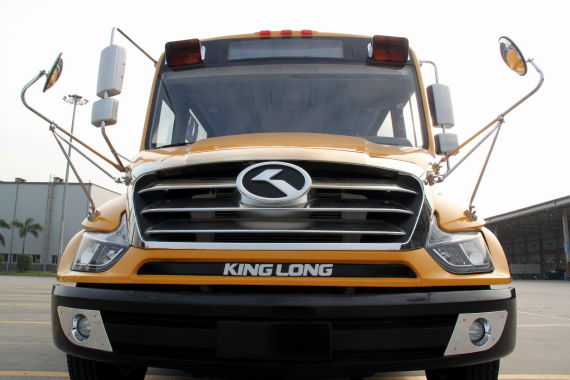 Chinese busmakers and automakers alike have gone school bus crazy. The reason: the central government is pumping out a lotta money for new school buses after some very nasty accident with very unsafe buses that left over 50 children dead.

In an earlier article I introduced the matter and three brand-new school buses from China, today we have number four. Yez, when there is money around all suddenly care… This is the Kinglong XMQ6900ASD4 ‘Smart School Bus’ from busmaker Kinglong, aka Golden Dragon, Jin Long in Chinese, from the great city of Xiamen in Fujian Province. 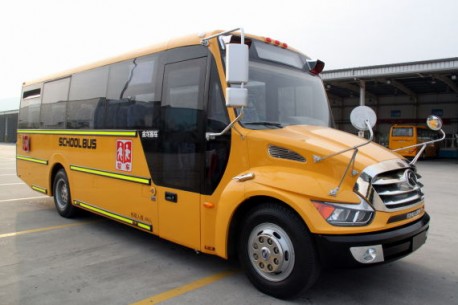 A very sharp looking thing, very modern, engine safely far up front. ‘Smart’ in its name stands for a ‘smart school bus operations management system’, beat that. The system is able to automatically monitor, in ‘real time’, the number of students on the bus to prevent overloading (Kinglong has no faith in school bus drivers to simply count the number of students, and rightly so; the death toll of previous accident was so high because the buses were overloaded to the extreme…).

The system also has a fully automatic SMS-system that informs parents and teachers where exactly the bus is, at any given moment. Best of all: the bus is equipped with a weather-forecast computer that warms the driver (yez, that driver) about upcoming rainstorms, strong winds and slippery roads. There is yet another system that warms the driver for accidents along the way. 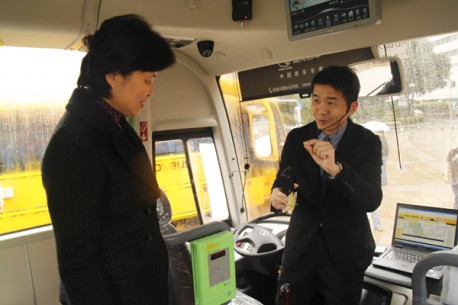 All together quite a brilliant package. But!, all those systems can only work with full cooperation from telecom-companies, the weather bureau and local authorities. Kinglong says they are working on that but this won’t be easy, local authorities in China are much for famous for what they don’t do than for what they do. We say: Kinglong, nice bus, now good luck…