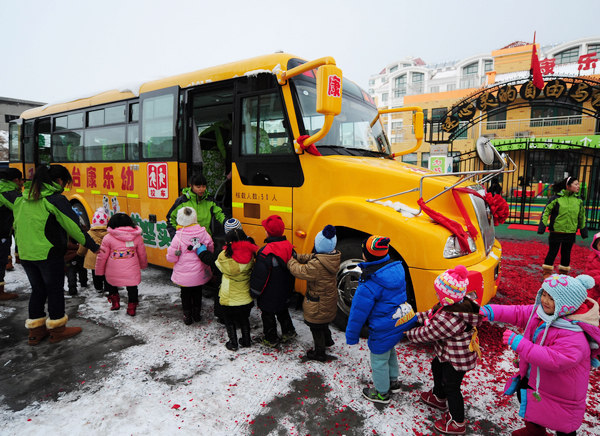 China has 1.4 billion people and some 200 million children that have to be ferried to school every day. Since there were no rules for this sort of transport local schools used whatever vehicles they could find to bring children to class without paying any attention to safety. Because of that things went wrong now and then, especially in the messy countryside.

Since it was usually about small numbers, one or two children dead, nobody really cared. But recently three big school bus accidents happened where altogether more than 30 children died. China suddenly woke up and the central government belatedly announced strict rules for school-buses. Sure enough car companies took this change to earn some good old government money and came up with brand-new ‘super-safe buses’, in this article we take a look at three of those. 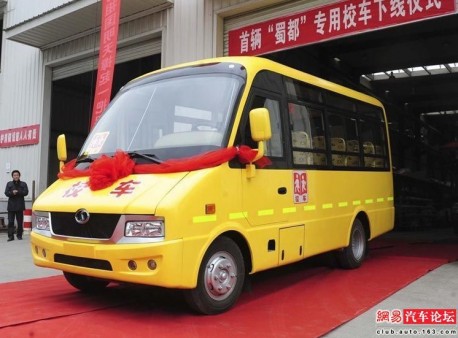 This fine looking vehicle is simply called ‘Chendu School bus’ and was unveiled only a few weeks ago. Manufacturer is the ‘Chengdu Automobile Factory’ in the great city of Chengdu in Sichuan province. In basic configuration is is six meters long, is seats 24 students and costs 150.000 yuan. There will be longer versions from 7 and 9 meters as well. 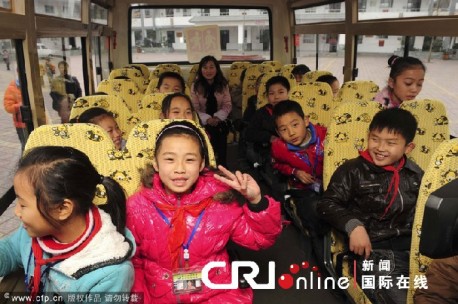 According to the factory ‘mass production is about to begin’. The Chengdu School bus is equipped with all kinds of safety systems such as emergency doors and alarm buttons next to each seat (that is gonna be a lotta fun, guess that function will be disabled soon). 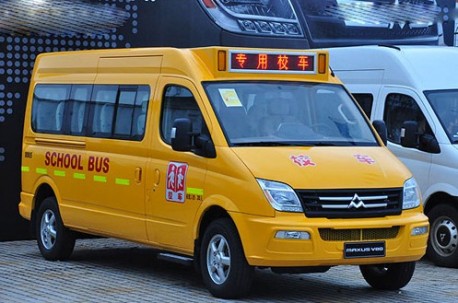 Our second vehicle is the Maxus V80 School bus. Maxus is a brand from SAIC (aka Shanghai Auto) that bought Maxus from bankrupt British LDV and set up production in China. The normal Maxus V80 was listed in September, the V80 school bus was unveiled in early December. It is a much more van-like design and seats 16 students, there won’t be any extended versions. 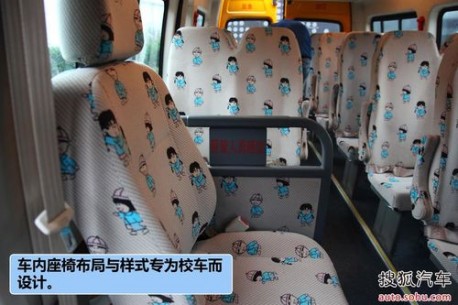 Price for a basic V80 school bus starts at some 160.000 yuan. Just like the Chengdu it got all kind of safety systems including a bunch of camera’s and a system that opens all doors (two at the front + rear doors) at the push of one button. Note that colors and graphics on the outside of all buses is the same, this indeed is a first sign of the new government-regulations. The Maxus V80 School bus will be listed early next year. 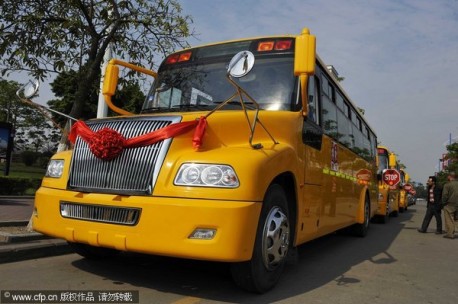 Our third vehicle is the bad ‘n big FAW School bus. It is a copy of the iconic American school bus, nobody tries to hide that and nobody cares, Chinese media calls it ‘our domestic American schoolbus’. It debuted as a just-for-fun concept car on the 2010 Beijing Auto Show but after the above mentioned misery FAW quickly decided to make it and brought it to the market in November. 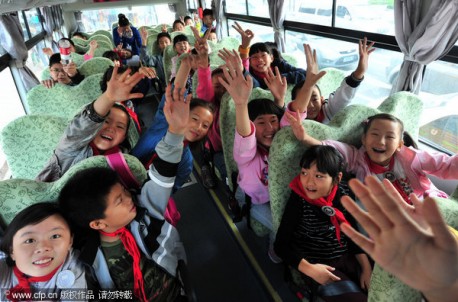 The FAW School bus is by far the biggest school bus available today; it can carry 37 students.  It is already is use in some 25 cities in China. The FAW comes with safety features such as an escape hatch in the roof and a sprinkler system (that one is going to be a lotta fun too…) .

Well, let’s hope these three beautiful buses will save some lives. Sadly, experience learns that this kind of well-meant government initiatives usually dies within a year, mostly due to all sorts of obstruction at local level. But at least, there is a start…