Taking care of the Airbag in China 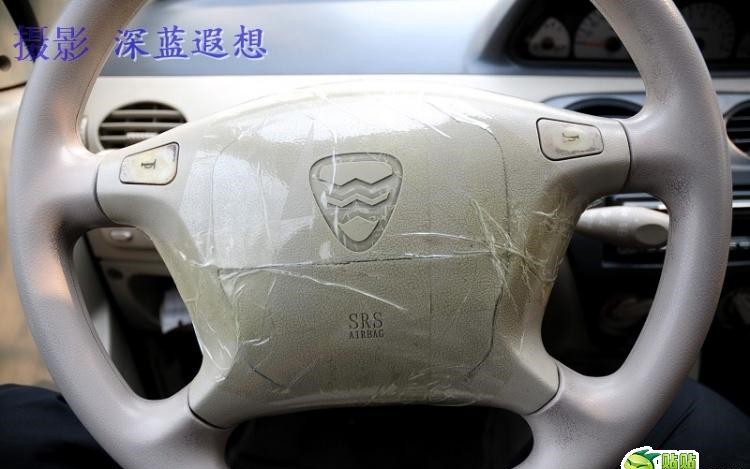 Here we have an airbag in a Chinese car, silenced for good with a lotta duck-tape. That ain’t very smart indeed, the airbag is there to prevent pain when an accident occurs. Why then, did this happen? 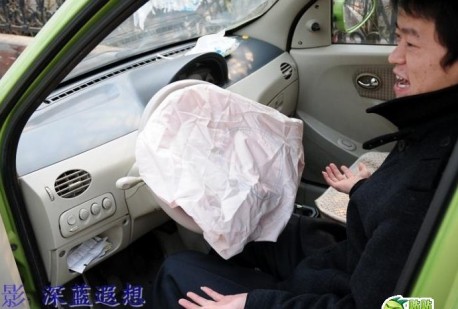 This is Mr. Wang, sitting in his Hafei Lobo. He claims his airbag went mad, it banged out all the time for no apparent reason. This annoyed Mr. Wang and that is why he decided to shut it up. 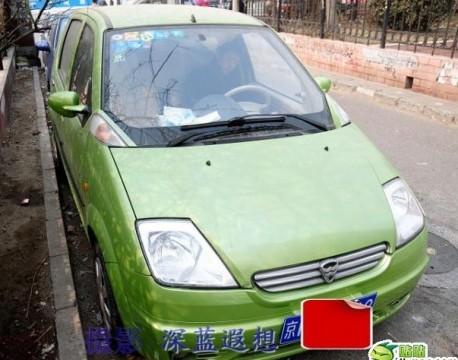 See? Nothing crashed there, the Lobo is perfectly fine. Mr. Wang, was right. 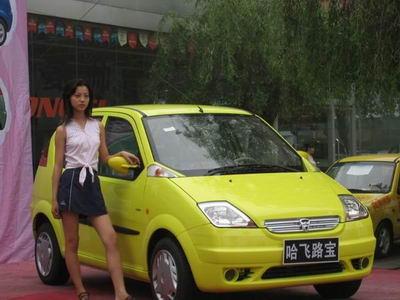 Another Lobo, it was called Lubao in China, with a pretty girl. The Lobo was made by Hafei Motor in the great city of Harbin in Heilongjiang, production started in 2002 and lasted until 2008. The Lobo was designed, and I don’t expect you to believe it, by none less than Pininfarina. Power came from a 1.0 or a 1.1, both 4-cylinders.