Ferrari 612 Scaglietti in metallic-shiny-red in China 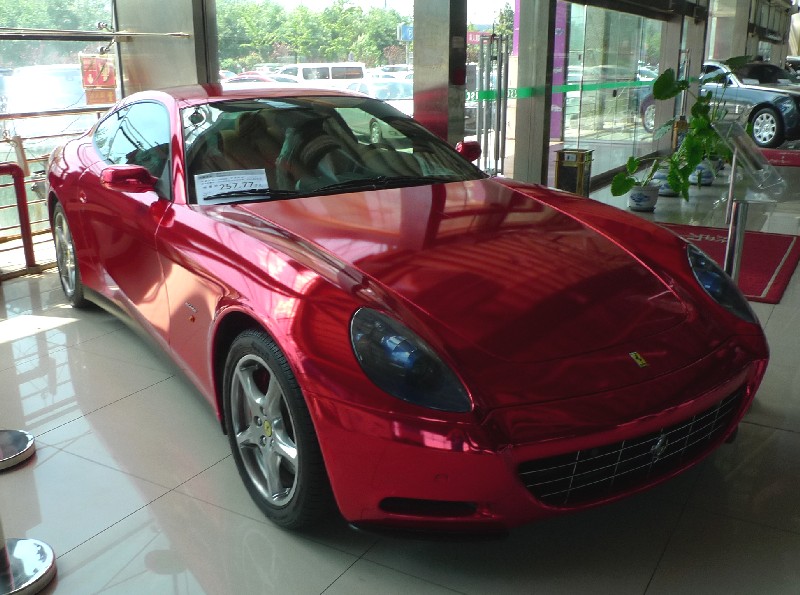 A very fast Ferrari 612 Scaglietti seen a second hand car dealer in Beijing. The good Ferrari was wrapped in a very happy metallic-shiny-red color, almost cherry-red, that blinded all who came to close, like me, I couldn’t see a thing for the next 30 minutes. But I got the pics! 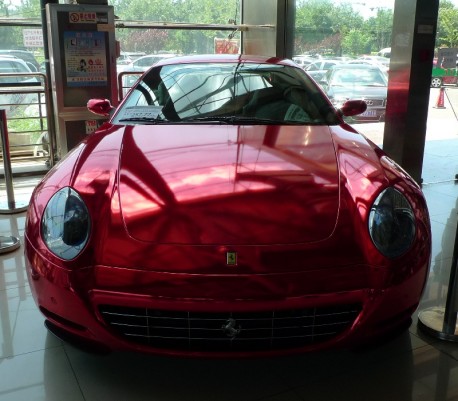 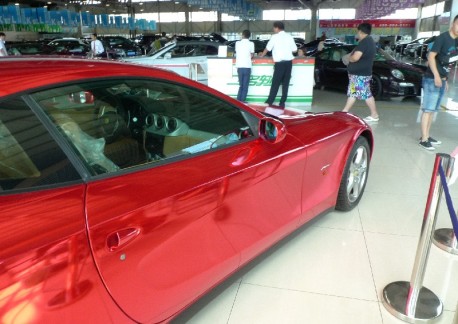 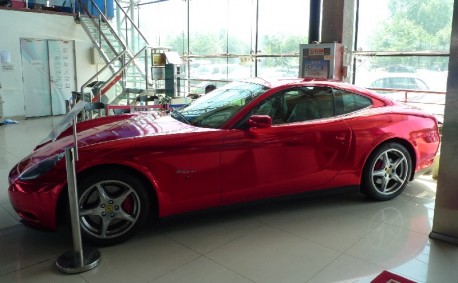 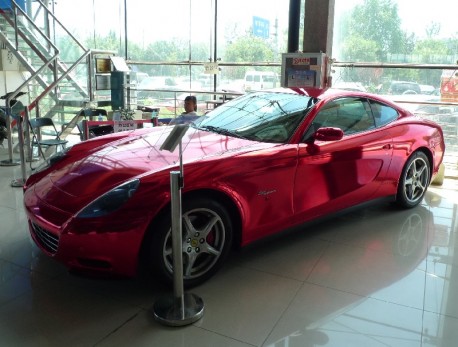 Sales lady behind bonnet, she got annoyed when I said I was going for a Lambo. That indeed, was not so nice. To make it up: 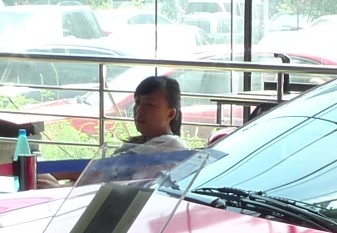