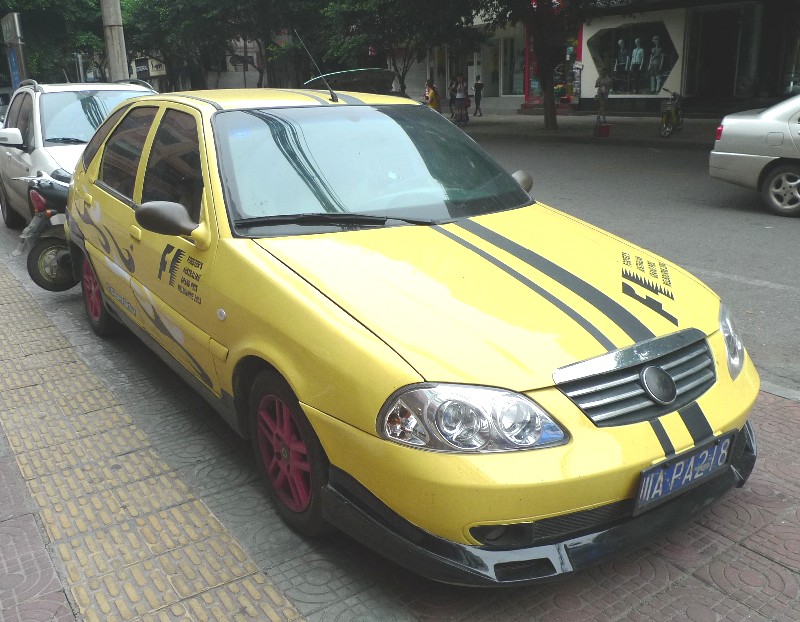 Here we have a sporty Geely Shanghai Maple C31 hatchback, seen on da streets in the great city of Chengdu in Sichuan Province. The C31 was made by ‘Shanghai Maple Automotive’, a subsidiary of Geely. The Shanghai Maple brand was killed in 2010 and replaced by ‘Englon‘. This great C31 hatchback is made more pretty by matte yellow paint, black racing stripes, a body kit, a wing at the back, F1 stickers and matte red alloys! 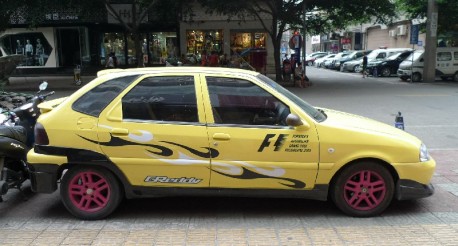 Production of the Maple-series started in 2000, over the ten years the brand existed many different variants were made with very different and sometimes confusing names. But the base was quite simple, a hatchback and a sedan based  on the Citroen Fukang (ZX) that was made in China by the Dongfeng-PSA joint venture. 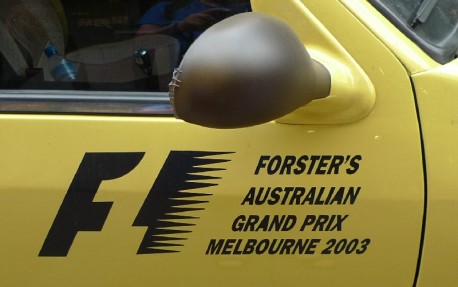 Geely didn’t exactly ‘copy’ the Fukang, but went to the suppliers of Dongfeng-PSA and simply bought the same parts, including most of the body, and assembled everything in a new factory in Shanghai. Sure Citroen wasn’t happy and launched several lawsuits, all of which came to nothing. 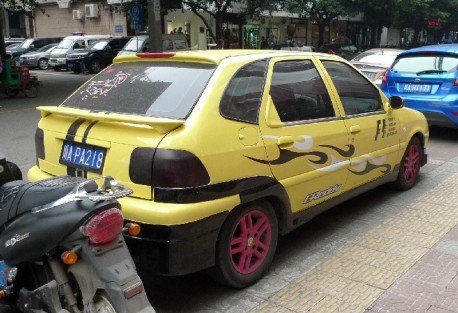 Geely however could not get the French engines since those were made in-house at Dongfeng-PSA. No worry, Geely managed to secure a cloned Toyota a 1.5 four-cylinder from an unknown manufacturer. That same engine is still widely used by small Chinese auto makers, such as Yema, and sometimes shamelessly advertised as a ‘Toyota engine’. Bad…

Anyway and how, this yellow Maple is a good car. Geely knew car buyers liked something sporty and therefore did launch an official Maple racemachine, more on that one in a later post!