Aston Martin One-77 is Brown in China 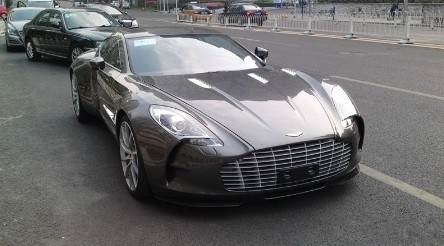 An extremely rare Aston-Martin One-77 seen today in central Beijing. Super-supercars should be red, yellow or black. This Aston is brown, which is fine on a DB7, but not on a One-77. An interesting choice of color indeed. Otherwise a great car with lots of power! The 7.3 liter V12 race engine poops out a massive 750hp and 750nm, good for a 354km/h top speed. 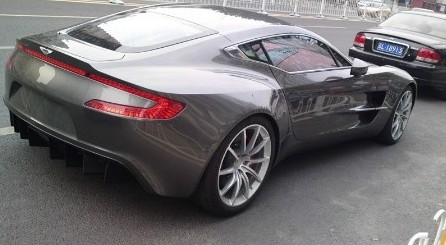 Only 77 Aston Martin One-77 were made and only five were allocated to China. Besides this browny we know of three more: a blacky in Shanghai, a white example (scroll down) and a silver car from Shenzhen that famously crashed in Hong Kong. The One-77 was also the most expensive car ever in China, it sold for 47 million yuan or 7.4 million US dollar, the record still stands. 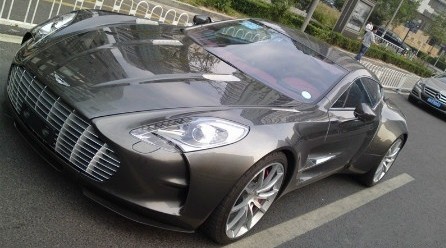