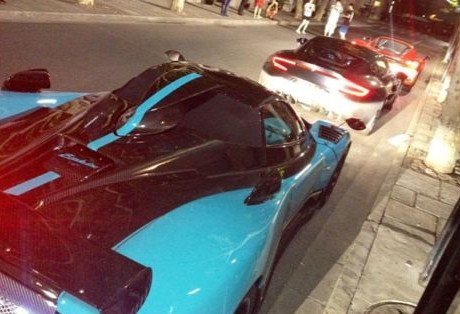 Another Super Car Super Spot from China, seen in the French Concession are in Shanghai; the Pagani Zonda Uno, an Aston Martin One-77 and a Ferrari Enzo. The appearance of the Zonda Uno is particularly interesting. The model was launched as a one-off in June 2010 and was reportedly sold to the royal family of Qatar. 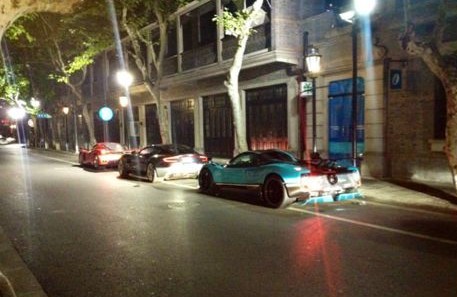 We are not sure how it ended up in Shanghai. It is also possible Pagani made sneakily more than just one, they did that kinda thing before. The Aston Martin One-77 is rather popular in China, we know of at least 3 living on the mainland, one of those crashed in Hong Kong in May. The Ferrari Enzo, although never officially exported, has a strong presence in China as well. In late May 5 of the Ferrari hypercars came together on the Shanghai F1 Circuit.