A truck full of Ferrari supercars in China 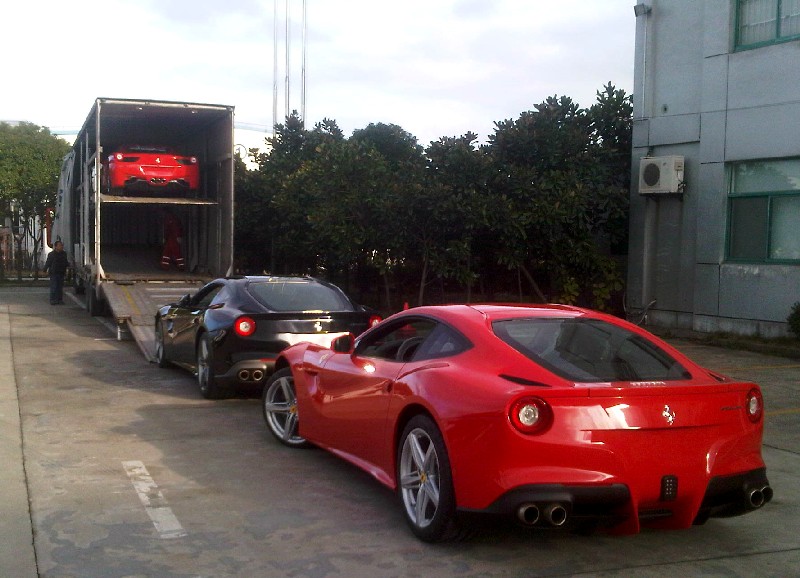 A truck full of Ferrari supercars, seen on a highway near Shanghai by reader Chiprdan, thank you for the brilliant pictures! The truck carried three Ferrari F12berlinetta and two Ferrari 458 Italia. According to Chiprdan the vehicles were unloaded at a government vehicle testing center where imported cars have to pass an emessions test before they can legally hit the road. 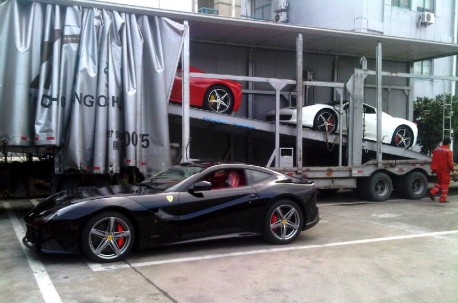 The Ferrari F12berlinetta was launched on the Chinese market in June and this is the very first time we see three on the road. Well, they are almost on the road anyway… (The third F12 was a white example that isn’t on the pics. ) The beautiful monster is powered by a 6.3 liter V12 that poops out an incredible 730hp and 690nm, it costs 5.308 million yuan or 835.000 USD. Not cheap, but what fast.