Spy Shots: new renderings of the Hawtai A25 SUV 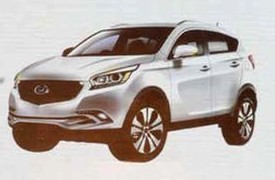 New renderings of the upcoming Hawtai A25 SUV. The renderings, likely leaked from a product presentation, show a sharply lined mid-size SUV with some Kia influences. The A25, a code name, will be launched on the Chinese car market in 2013 and a concept is expected to debut on the Shanghai Auto Show in April. 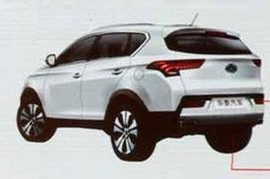 The Hawtai A25 will be powered by a new and rather interesting 1.4 turbo with 140hp or a 1.8 turbo with 160hp. Price is expected to range from 100.000 to 150.000 yuan, which will set the A25 straight in one of the most competitive segments of the Chinese market today, competing directly with cars such as the new JAC Eagle S5, the Great Wall Haval H6, the Geely GLEagle GX7, the BYD S6 and the Ford Ecosport.

Buyers will be able to chose between light and darkness.