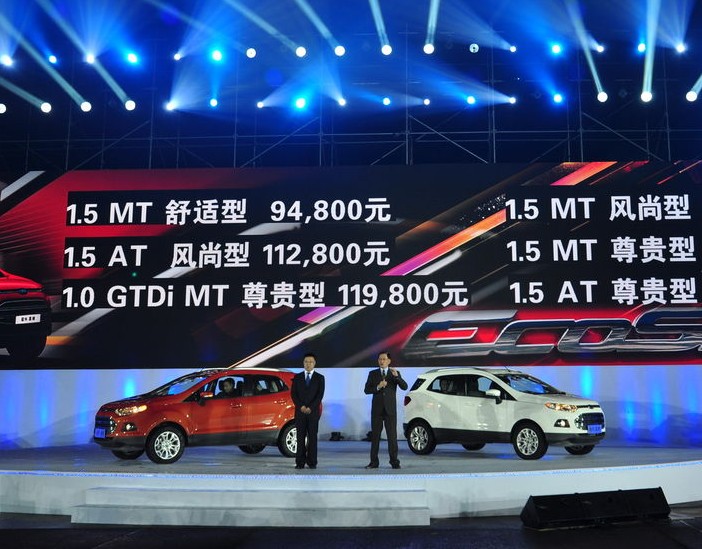 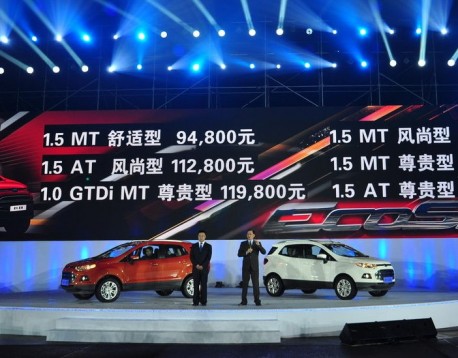 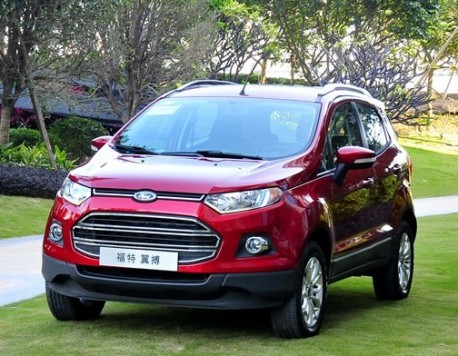 The Ford Ecosport is made in China by the Chang’an-Ford joint venture. There will be two engines: a 1.5 liter four cylinder with 110hp and 140nm, or a turbocharged 1.0 three-cylinder with 125hp and 170nm. Transmission: the 1.5 will be mated to a 5-speed manual or a 6-speed ‘PowerShift’ DCT. Strangely, the 1.0 will only be available with the 5-speed manual. 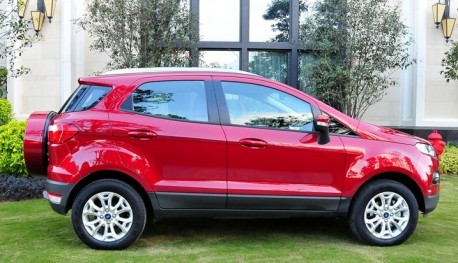 Bringing the Ecosport to China is a smart move by Ford. The booming segment for cheap-mini SUV’s is dominated by local Chinese automakers, so Ford must be able to win market share fast, especially since GM and Volkswagen got nothing there to compete. The Ecosport is furthermore aimed at young car buyers who might consider a Ford Kuga or a Ford Explorer when they get older. 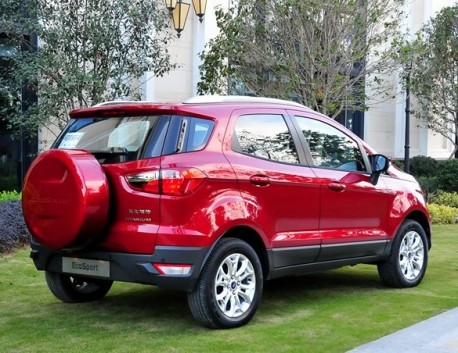 Design all very funky and happy. Women buyers will likely be interested as well. Ford better offer some big tires and such for the men! 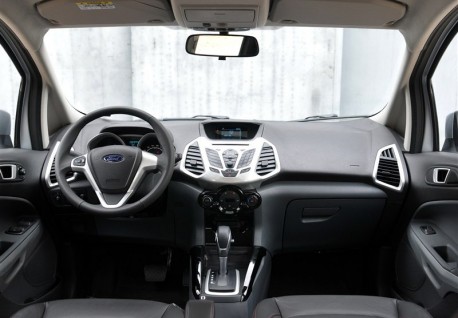 Center console a bit too plastic-shiny, but it all loox neat and well-put together.