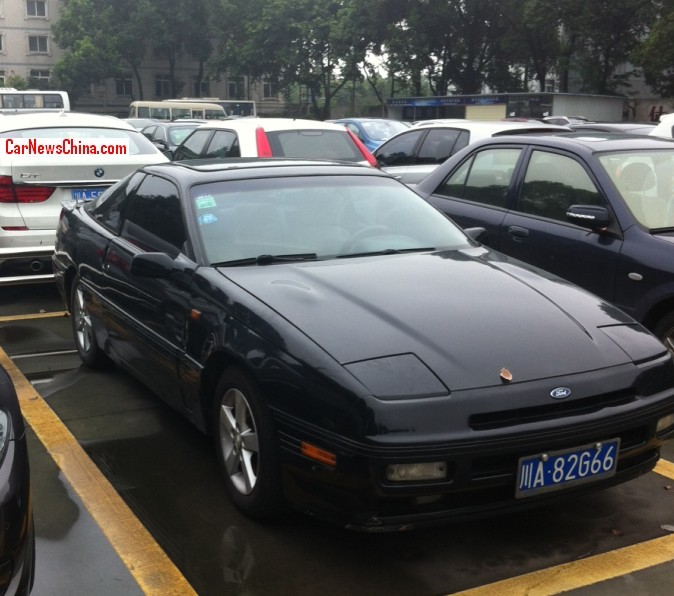 An extremely beautiful black Ford Probe, seen in the great city of Chengdu in Sichuan Province by reader Andrew J., thank you for the picture! This sleek and well-maintained black example is the second Ford Probe we see in China, after a red Probe LX in Beijing.

The Ford Probe was made from 1988 until 1997. It was sadly never officially exported to China so the chance of seeing one on Chinese roads is very slim. The Ford Probe was based on Mazda’s front-wheel drive GD platform, the body however was Ford’s own design. The Probe was available with three different engines: Mazda 2.2, Mazda 2.2 turbo and Ford’s own 3.0 ‘Vulcan’ V6.