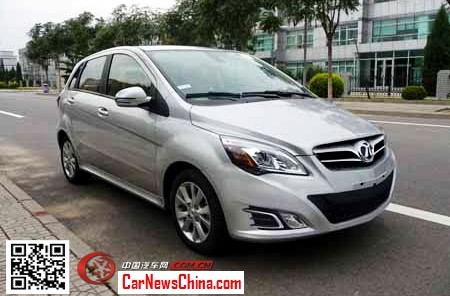 The Beijing Auto B-Series BEV (Battery Electric Vehicle) will hit the China car market in the second half of 2014, debut of the production version will be at the Beijing Auto Show in April 2014. The E-Series BEV will be powered by a electric motor with 30hp, good for a 125km/h top speed.

The vehicle seems to be an all-Chinese affair. The engine is made by Ocean Motor New Power Technology and the battery by Beijing Pride Power Technology. No word yet on price but bet it won’t be cheap, even with subsidies taken into account. The Beijing Auto E-Series hatchback was launched in March 2012 and the sedan joined the line in May.